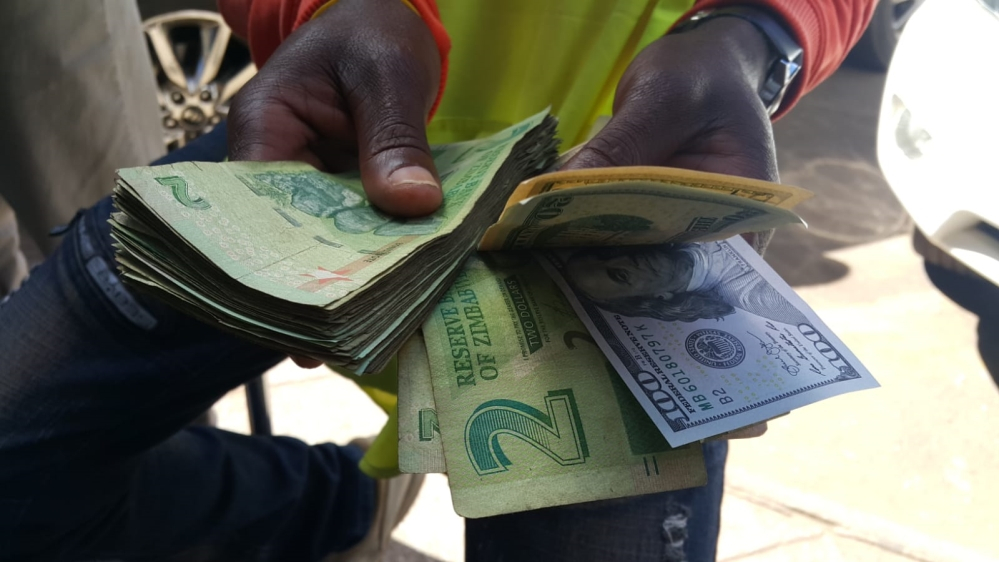 ZIMBABWE’S economy remained subdued during the course of this year, with key sectors such as mining, manufacturing and tourism recording negative growth due to drought, floods, Covid-19 pandemic and macro-economic risks, among others.

The economy, which opened the year in distress, is expected to contract a further 4.1% by year-end, according to Finance minister Mthuli Ncube.

In a bid to grow the economy, the government in 2018 expressed a commitment to attaining the vision of  an “Empowered and Prosperous Upper Middle-Income Society by 2030”.

The vision, however, met with quite a number of hurdles and risks such as drought, floods, cyclones, the Covid-19 pandemic as well as macro-economic risks.

This, according to Ncube, undermined efforts on building “physical infrastructure and delivery of planned public services, with consequences for attaining Vision 2030 and meeting internationally agreed milestones such as the Sustainable Development Goals.”

The authorities experimented a lot. Several statutory instruments on monetary policy were issued on a quarterly or monthly basis, cancelling out each other, much to the bemusement of investors. This further paralysed the badly weakened economy.

Economic analysts and captains of industry who spoke to The NewsHawks said the year 2020 has been a mix of the bad and the good.

On the upside, experts said the government managed to stabilise the local currency through the establishment of the forex auction system. This also made forex for retooling and for buying raw material available.

The government also managed to address fuel and electricity shortages as well as arresting runaway inflation.

“Because of Covid-19, we were so devastated in terms of economic performance because there were stop-starts where business was not operating fully. I think we can say the stabilisation of the auction was the biggest achievement in terms of arresting the runaway currency,” Zimbabwe National Chamber of Commerce vice-president Golden Muoni said.

“I think for 2020, that’s what we can say the government managed to achieve. They managed to stabilise the currency. There was a lot of speculation,” he said.

Muoni said the auction system has worked very well in stabilising the economy.

The forex auction platform has been hailed as a game changer since it took off the ground six months ago. Companies have described it as the driving force behind the stabilisation of the Zimbabwean dollar against the greenback during the period.

The auction system has defused the rampaging parallel market rate, which has declined from a high of US$1:ZW$165 before its launch in June to the current US$1:ZW$81.90.

Muoni, however, said the biggest problem is that “we are becoming a net importer of almost everything. So as an agro-economy, we need to make sure that we start producing so that we reduce the amount of what we are importing.”

He said oil expressers should work with local farmers through contract farming for soya bean production.

“Currently, we are importing crude oil and the value remains where the soya is being crushed, which is South Africa. We hope this current season is going to change the whole economic direction where we are going to become productive instead of consumptive or importing what we could produce locally,” he said.

On average, Zimbabwe is losing US$200 million through soya bean imports per year.

In his 2021 national budget statement, Ncube admitted that the year 2020 was exceptional for the country and the rest of the world, like no other year in the past.

He said the Covid-19 pandemic erupted when the country was already grappling with other serious challenges, including the devastating impact of climatic shocks associated with drought and cyclones, which all had a profound effect on the country’s healthcare system, livelihoods and the economy at large.

“Whilst the mainstay sector of agriculture was less affected by the impact of the Covid-19 pandemic, the drought had already caused some damage to the sector’s summer season,” Ncube said.

“Other sectors such as mining, manufacturing, tourism, construction, distribution and other service sectors had faced the full negative impact of all shocks either through lockdowns, reduced investment inflows, lost production hours, closed borders, grounded distribution transport systems, broken supply chains and low demand, among others.”

John Robertson, an independent economist, said Zimbabwe’s economic crisis continued into the first half of this year and into July, but from August onwards conditions improved considerably.

He said the people manipulating the black market exchange rate had been responsible for rising inflation, fuel and electricity shortages, shrinking buying power and worsening job insecurity since 2016.

People then began to realise that Zimbabwe’s currency did not have the value needed to keep its one-to-one exchange rate with the US dollar, Robertson said.

Government denied this claim, but as US dollars got scarce, the black market became the only place to buy forex.

Unfortunately, this trade became much more profitable than any manufacturing or other legitimate business activity, but it was confused by fuel, maize and electricity subsidies that offered speculators additional profits.

By the second half of 2018, Robertson said the government accepted the need to support its belief that units in bond notes and electronic money were still equal in value to US dollars, but its decision to permit forex to be deposited in separate accounts reinforced the opposing views.

The black market was so greatly invigorated that in early 2019 the government had to accept the need to devalue the local currency. All these created the enormous inflation that affected us so badly in the first seven months of 2020, he said.

“The currency auction began to deliver some certainty and stability to traders after August, bringing monthly inflation down, but the currency black market speculators left the Zimbabwe dollar at only one hundredth of its value before the 2018 changes,” Robertson said.

“The savings of millions of people were wiped out yet again and we have all had to re-learn to live under challenges last experienced in 2008. Hopefully, the black market currency dealers will not be allowed to continue inflicting this kind of damage on the rest of us.”

As the year comes to an end, a silver lining may be on the horizon, Robertson said.

“Progress is being made rebuilding trunk roads and completing dam-building and power station projects that started years ago. More farming projects of reasonable size are improving the prospects of better harvests in 2021 and these should reduce the costs of food imports,” he said.

“The country seems to have taken Covid-19 in its stride better than many others, but it has impacted on trade volumes and costs. Hopefully, 2021 will see the country making much more progress that will translate into employment creation, the settlement of some of our debts through improvements in exports and a recovery in our international relations.”

In the period under review, Zimbabwe’s cost of living kept rising, condemning many people to abject poverty.

For instance, in October the cost of living as measured by the Zimbabwe National Statistics Agency (ZimStat) rose by 4.4% to ZW$18 750.

To make matters worse, the government failed to pay civil servants a living wage, resulting in them embarking on industrial action, further crippling the economy.

The country’s year-on-year inflation rate dropped to 401.66% in November, from 471% the previous month, according to ZimStat, meaning prices, as measured by the all-items consumer price index, increased by an average of 401.66% between November last year and November 2020.

Year-on-year inflation reached a post-dollarisation peak of 837.53% in July, prompting the authorities to institute a raft of measures to douse the flames.

In August, inflation eased to 761.02% after the forex exchange parallel market was tamed when the central bank intensified a clampdown on mobile money agents and other digital money transfer platforms.

The government also suspended trading on the Zimbabwe Stock Exchange in June, accusing the bourse of fuelling inflation, before reopening it in August.

Even though the inflation rate has been slowing down, the cost of living has generally been increasing.

Going forward, Ncube said, the government will bring forward business and infrastructure investment activity, adequately prepare and support the forthcoming agricultural season and other productive sectors, albeit in a manner that does not promote vulnerabilities and instability.

“Therefore, economic growth is expected to rebound in 2021 from the consecutive two-year slump to record 7.4%. From the supply side, this growth will be driven by strong recovery in agriculture, mining, electricity, construction, transport and communication as well as finance and insurance,” he said.