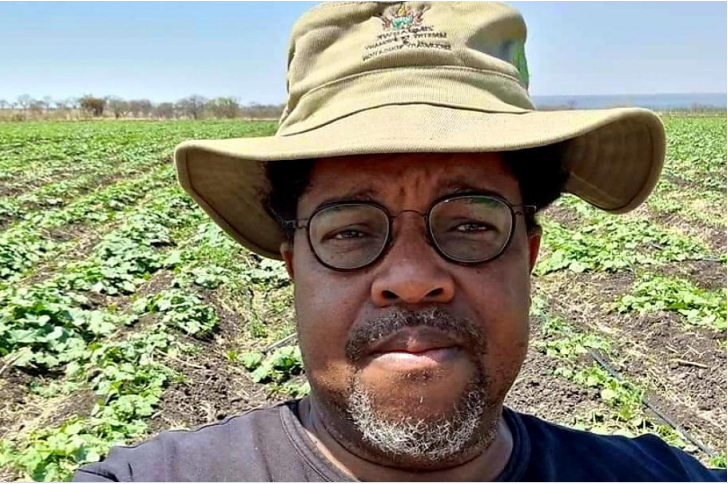 AFTER struggling to serve university lecturer and land grabber Dumisani Madzivanyati with court papers demanding about US$340 000 in damages for disrupting their farming activities at Esidakeni Farm in Nyamandlovu as he was out of the country, prominent human rights lawyer Siphosani Malunga (pictured) and his business partners are now taking the legal action forward since the land invader is back.

The trio has filed summons against Madzivanyati, claiming US$339 660 damages for loss of potential income caused by his invasion of Kershelamar Farms, also known as Esidakeni Farm, in Nyamandlovu near Bulawayo.

Madzivanyati has been difficult to locate and at one instance a letter the three had served on him at Leeside Butchery was returned amid indications that he was no longer there.

“We have made efforts to locate Mr Madzivanyati with no lucky success. We have no option but to return the summons to your office. May you serve Mr Madzivanyati at his workplace or residence,” a letter returned by the butchery read.

According to the summons now before the High Court in Bulawayo, Malunga and his business partners Charles Moyo and Zephania Dhlamini said they were in peaceful occupation of the farm before they were disturbed by Madzivanyati.

They claim Madzivanyati invaded their farm against a court order evicting him and barring him from interfering with their operations.

They had installed and equipped the farm with three boreholes for purposes of irrigatiing their crops. According to the summons, they had planted 150 000 tomatoes and 65 000 butternuts.

“The defendant forcifuly and unlawfully took occuptaion of the farm, tampered with the plaintiffs’ irrigation systems depriving the crops of water during critical reproductive stage.

“He unlawfully diverted the plaintiffs’ water system to service a piece of land he had iden tified as his own and they we were not able to spray or water their crop. He continued in unlawful occupation of the farm despite an existent order of the court for the eviction and directing him to restore the plaintiffs’ irrigation systems,” reads the summons.

The farmers complained that although Madzivanyati was aware that his conduct would cause significant damage to the crops, he persisted on the ruinous path.

“As a result of being deprived of water for a significant period of time at a critical reproductive stage, the crop experienced wilting and drying off of foilage, flower abortion, underdeveloped fruits which were not markatable,” they wrote.

The trio claim that as a result they suffered loss of potential earnings amounting to US$339 660. Malunga, a fervent government critic and son of late nationalist Sydney Malunga, claims joint ownership of the farm with his business associates Moyo and Dhlamini. In November last year, Bulawayo High Court judge Justice Evangelista Kabasa directed the eviction of Madzivanyati, a lecturer at the National University of Science and Technology.

Kabasa granted Malunga and his co-partners the authority to evict Madzivanyati from a portion of the farm measuring 553 hectares despite his pending Supreme Court appeal against his eviction.

Madzivanyati claims he was allocated 50 hectares of the farm after Lands minister Anxious Masuka gazetted the property for compulsory acquisition under section 72(2) of the constitution.

Malunga and his associates then approached the High Court seeking a spoliation order directing Madzivanyati and others to stop interfering with their operations at the farm.

High Court judge Justice Martin Makonese ruled in their favour in early October, but Madzivanyati appealed to the Supreme Court days later. The matter is still pending at the Supreme Court. — STAFF WRITER

Related Topics:EsidakeniSiphosami Malunga
Up Next