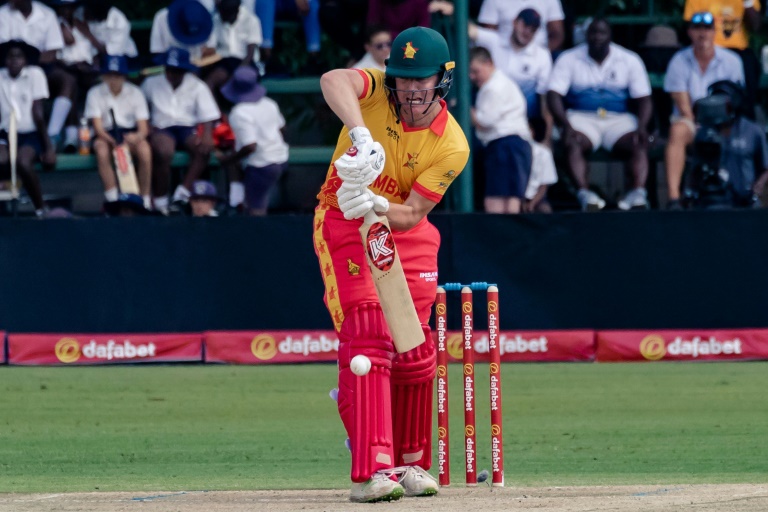 ZIMBABWE held nerves to pull off an exciting five-wicket win over Ireland in the first T20I  on Thursday to take a one-nil lead in the three-match series.

“Coming into this series, with all the rains, we were not quite sure how good the wickets were. So winning the toss and fielding first was key. There was pitch assist for us spinners,” the 28-year-old Burl told reporters after the match.

“The last nine months we have played some really good cricket. But we are still trying to find the right pairing, the right combinations. We are trusting the process under the coach Dave and assistant coach Stuey (Stuart Matsikenyeri).”

The match marked ex-England batter Gary Ballance’s debut for his native Zimbabwe. The 33-year-old left-hander was the second-highest scorer in Zimbabwe’s successful chase, with 30, before he nicked behind to Irish wicketkeeper Stephen Doheny off pacer Mark Adair’s lengthy delivery.

“Gary is obviously a very experienced player. He has a calming presence.  He has fitted in well,” commented Burl. “We are picking his brains, and he is also learning from us. We are really happy to have him in the side.”

Sean Williams top-scored with 34 as Zimbabwe won with two overs to spare to shake off all fears of an Irish upset.

“Obviously not the kind of start we wanted,” said Ireland batsman Gareth Delany.

“We have to improve over the next matches. We didn’t have enough runs on the board, and one or two chances went away. We always felt we were in with a chance (when defending the modest total), in the first power-play we were on top. Definitely in the first 12 overs we bowled well, took wickets, and held on to our catches. We just needed one big over, but Sean Williams was key for Zimbabwe and saw them to the end.”

Obituary: Goodbye to the ‘first couple’ of Zimbabwean cricket