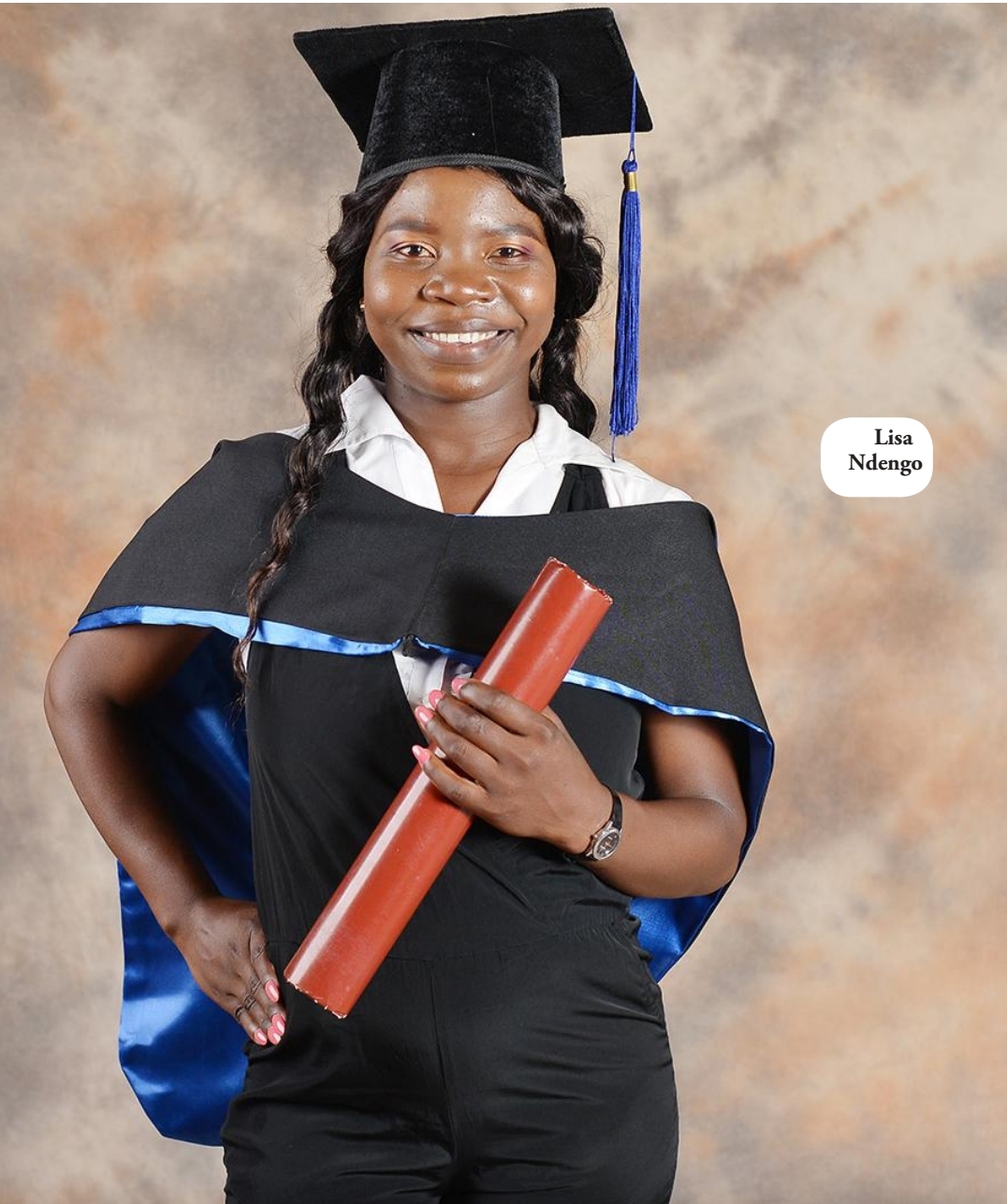 FATE is not usually kind to a lot of people who suffered a difficult childhood.

For one orphaned at the tender age of 10, and risked an early arranged child marriage, Lisa Ndengo (24) appeared destined for that unfortunate path.

Her early life was not easy. She found herself moving from one relative to another during childhood.

Most people who fall into such circumstances tend to give in and accept their fate. But not Lisa.

She has graduated with a first-class degree!

“I am more than happy. Indeed, God qualifies the unqualified. I’m failing to believe that all this is real,” Ndengo says, with tears of joy streaming down her cheeks as she gazes at her prizes.

She was among the group of graduates from the Zimbabwe Open University who were capped at the Harare International Conference Centre last month.

But that was not only the reason for her celebration. Ndengo had attained a first-class degree.

After being orphaned at the age of 10, at 14 she found herself at the mercy of her extended family who wanted to marry her off as a token to her brother-in-law whose wife had failed to conceive.

They were plotting to make her a child bride.

“One day I was ordered to assist my cousin who was married in the neighbouring village with some house chores, only to be surprised with her husband’s unusual request when I got there.

“He made advances, saying he wanted me to be in a relationship with him, which I denied and the response that my cousin sister gave me when I told her what had happened left me puzzled.

“Apparently, she was all in for the idea and that’s when the rumours I had heard of me being given as a token to my cousin sister’s husband so that I bear children for him made sense. My cousin had been failing to conceive for years, so they thought I was the solution.

“In our tradition, if a woman whose dowry was fully paid for fails to bear children for her husband, the husband has a right to demand that he be given his dowry back and the wife is sent back to her parents.

“In this case my extended family had decided that I involuntarily be given to my cousin’s husband as a way of appeasing him into not demanding that the dowry he had paid be given back to him.”

After declining the request, Ndengo decided to spend the night since it was already late. It would turn out to be a miscalculation.

“I regretted not going back during the night as much as it was dark, maybe that could have saved me. My cousin’s husband came to where I was sleeping and raped me. I’m sure he thought that was going to break me into agreeing to be his second wife,” Lisa said.

“The most hurtful thing is that my cousin was aware of everything that was happening, yet she did nothing to protect me.

“The elders in my extended family were supporting my cousin and her husband so they hid everything that was happening to my two brothers who were also young at the time. I however ended up confiding in one of them who confronted my cousin, her husband and the family elders and they pulled back after he threatened to report them to the police.”

Lisa then moved to Macheke where she stayed with her visually impaired grandmother.

For years, she survived on part-time jobs in people’s fields until she was taken in by her class teacher who had noticed she was broken, judging from how she would relate with others in school.

“I’m glad that my teacher took me in and treated me like her own child. She pushed me to focus on my studies and assisted me in every way she could until I was three years into my Bachelor of Education in Early Childhood Development degree programme,” Lisa said.

“Just because my former teacher who had become my guardian was going through a rough patch financially and could not afford to continue paying my tuition fees, I looked for a job as a security guard and I was on attachment by day as an ECD teacher and a security guard by night for the last one-and-a-half years of my degree programme”.

Lisa regarded graduating as the best student with a first class degree, a book prize, the Chicken Slice trophy and a cash prize as more than a confidence booster.

“Without any shadow of doubt, this achievement is more than a confidence booster. For years I had been living in the shadows just hoping for a better day. Ever since I was sexually abused, I never felt whole,” she says.

“I was constantly depressed, struggling a lot with my self-esteem and asking God why such a thing happened to me and why my family betrayed my trust through exposing me to such a traumatic experience and no none was brought to book for it.

“The fact that no one, even from the community, stood by me and my brothers since we were at the mercy of our extended family and reported the matter to the police has given me the courage to want to work with children from marginalised communities and I hope that my attained qualification will help me achieve that.”