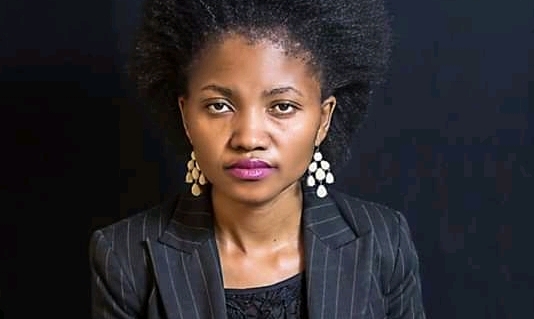 SOUTH African author and executive director of a youth publishing project, KwaziThina Publishers, Nomawele Njongo, says she is keen to expand her initiative to build networks across Africa and help promote the continent’s cohesion through story-telling.

Njongo, the author of the revealing Abortion by the Womb of Democracy: Surviving Political Sexual Masculinity in SA, which chronicles the horror of her sexual assault and harassment by the former ruling ANC chief whip Mbulelo Goniwe who was eventually booted out of his job and had his party membership suspended, says she is passionate about helping the youth to tell their African stories, share experiences and develop interrelations in a continent sometimes plagued by divisions, conflict and hate.

Her experiences working as a parliamentary assistant in Cape Town coming from university until her career and dreams were shattered by her superior’s insatiable desire for sex have taught her a lot of things about story-telling.

So she wants to use that to help the youth to express themselves, tell their stories and have a positive attitude towards life, she says.

Njongo’s book was described as a brave and ground-breaking effort by Vytjie Mentor, former ANC MP and caucus chair.

“This is a compelling David-and-Goliath story of our lifetime that should be told to girls in primary and high school, colleges and universities as well as in politics and the corporate world,” Mentor said.

The woman who brought down the disgraced Goniwe for sexual harassment in 2006 – in fact his sex predatory instincts destroyed him – says a lot needs to be done to protect women from falling victim to sexual assault at the hands of powerful men in the workplace.

However, after confronting and bringing down a sexual predator, for now Njongo is focusing on helping the youth write their own stories through Africa Teen Authors Book Initiative, working with KwaziThina Publishers.

“I was inspired by my own experiences to be involved in story-telling. So I thought it would be a good idea to come up with a youth story-telling project which targets teenagers, not just in South Africa alone, but also in other Africa countries such as Nigeria, Ghana, Zambia, Malawi, Lesotho and Zimbabwe,” Njongo told The NewsHawks.

“Africa, with its rich history, culture and diversity, as well as diverse flora and fauna species, varied environments and beautiful scenery, has so many stories that need to be told by its own people. The best way to do so is to work with youths to start building them now, pique their interest in the subject and help to capacitate them to tell their stories. After that we publish their stories and come up with an anthology of their work, which can then be distributed across the continent for others to read. Our primary objective is to let Africa tell her own stories and promote pan-African knowledge systems, understanding of issues and solidarity.”

The project will be open to youths between the ages of 13 and 19 years living in Africa. The youths are invited to submit their own stories under the theme African Teens in the Covid-19 Era. Entrants are open from February 2021 to April 2021.

“We intend and strive to provide a credible storytelling platform for African teens throughout the continent to help Africa tell her stories. We also want to give youths an opportunity to develop and hone their writing skills whilst young, while promoting literary literacy among African youths.”

However, Njongo will always have the shadow of her brave book following her.

This book is an empowerment tool that is hard to put down. The reality is that so many women let sexual harassment go as they find it too daunting to fight it.

She says the worst part of this is that women abusers at workplaces live among victims’ families and communities on a daily basis, and usually it is people who hold powerful positions in political, business and even religious spaces.

Njongo brings her audacity into context from the start of the book by giving a glimpse into her upbringing, moving from emaMpondweni in the Eastern Cape to KwaZulu-Natal and back, while learning new things about life and overcoming difficult challenges.

Now she says the time has come for her to help Africa’s youth to bravely confront their environments, circumstances and realities by telling stories that give a picture of what is happening on the continent and sharing their experiences, while promoting awareness and cohesion.-STAFF WRITER

Arrest of Mnangagwa’s mysterious business crony opens can of worms