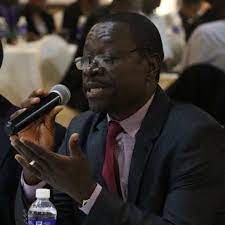 SUGARCANE farmers in Chiredzi are up in arms against the member of the National  Assembly for Chiredzi West, Farai Musikavanhu, accusing him for abusing his oversight  role by siding with sugar producer Tongaat Hullet in the ongoing amendment of the Sugar Act of 1963.

Musikavanhu, who won the ticket to Parliament during the 2018 general elections, is a former director of agriculture at Tongaat Hullet where he served from the early 1980s before he was forced to retire a few months before elections.

He also made headlines a few weeks ago after making a speech on behalf of legislators representing Chilonga area which will see more than 12 000 people being evicted to pave way for a Lucerne grass project. He was supporting the project and his speech was implying that the people of Chilonga were consulted before the government decided to evict them.

Sugarcane farmers, through their various associations, hired a consultancy firm, Leadway Partners, for it to assist them in reviewing the Division of Proceeds (DoP) ratio which is currently at 77:23 whereby, after supplying cane to Tongaat Hullet, which is the miller, the farmer is given 77% with 23% being for milling costs and other charges.

The farmers feel that the current DoP which was set by Enerst and Young in 2014 is unfair to them since they will be left with nothing.

After realising that farmers are united over the issue, Musikavanhu is alleged to have informed minister of state for Masvingo province Ezra Chadzamira that sugarcane farmers in the lowveld were in the process of forming a political party with the intention of challenging Zanu PF in 2023.

Efforts by The NewsHawks to get a comment from Musikavanhu were fruitless after he said he was busy in a meeting. He further ignored text messages sent to his mobile phone.

The chairperson of Triangle Mill Group, Gibson Mashingaidze, told The NewsHawks that legislators should separate politics from business and stop abusing their power. He said Musikavanhu tarnished the image of farmers by aligning them to a non-existent political project which has nothing to do with the day-to-day business of sugarcane farmers who are currently fighting to have their money which was unfairly collected by Tongaat Hullet since 2014.

“It is disgusting to note that an elected official is raising unfounded allegations that farmers formed a political party in his bid to dismiss a move being taken by farmers to address business issues. We hired a consultancy firm to represent us during the amendment of the Sugar Act, but the MP, who seems to be against this move, is raising issues which are non-existent. I called him and told him to stop that and l did it using my mandate as chairperson of Triangle Mill Group with many farmers as its members. Elected officials should know where to use their oversight role not to abuse their power. He is a junior person to most of us when it comes to politics,” said Mashingaidze.

Mkwasine Sugarcane Farmers’ Association chairperson Dennis Masomere said farmers are happy with the work being done by their consultant who is representing them during the ongoing amendment of the law which governs the sugar industry. He said the current DoP is not viable to outgrower farmers and what Musikavanhu is doing has created a rift between him and the other three legislators of the area.

“He was part of the management which imposed unfair policies on farmers and it is now difficult for him to see the policies being removed. So far we are happy with the movement being done by our consultant and it is our hope that the ministry of Industry and Commerce will accept our grievances,” said Masomere.

A Chiredzi legislator who requested not to be named told The NewsHawks that Musikavanhu is taking other legislators in the area for granted. He alleged the legislator, who is serving his first parliamentary term, is abusing his power to further his interests within corporates.

“We were shocked after his comments over the Chilonga issue while the legislators for the area are silent. If we look back, this guy got more votes that the President during the 2018 elections in his constituency and what he is doing is exposing his sellout tendencies. All the legislators in this district are sugarcane farmers and except him, all others are in this battle together with farmers,” said the legislator.

The division of proceeds has been a contentious issue between farmers and millers for many years. In June 2014, by way of a directive, the ministery of Industry and Commerce issued a directive ordering the implementation of an interim DoP of 82.65:17.35%.

The interim directive subsisted until November 2016 when it was superseded by the current DoP of 77%:23%. Farmers filed an urgent High Court application seeking to interdict the ministry and Tongaat Hullet from implementing the DoP, which was however dismissed for lack of urgency.