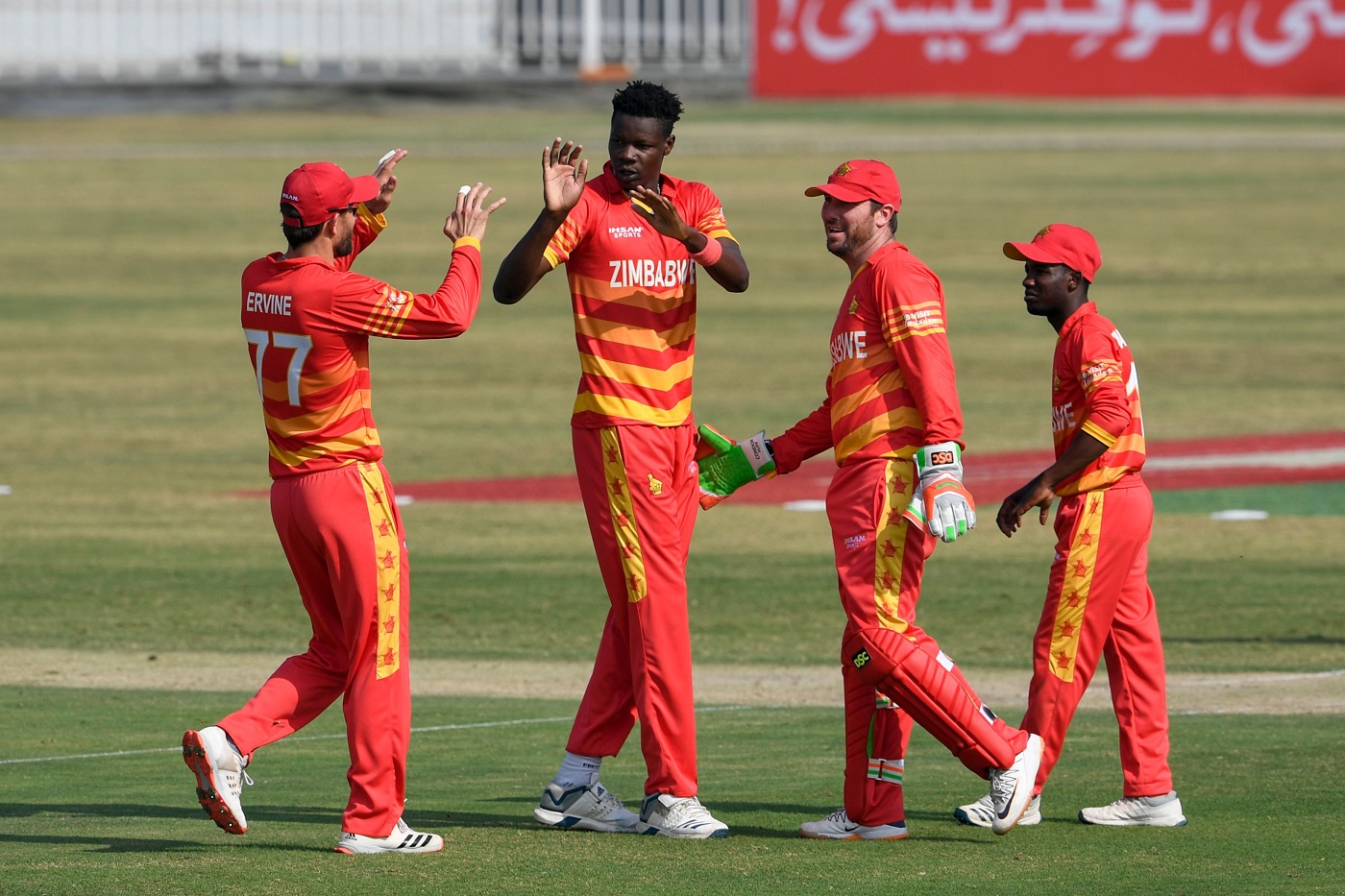 BLESSING Muzarabani’s pace and bounce were too hot to handle for Bangladesh’s number 10 batsman such than when the six-foot-tall fast bowler let it rip with his ever-increasing aggression, Taskin Ahmed thought it best to return fire with fire.
But Taskin – who was on his way to a record second highest Test ninth-wicket partnership of 191 runs with number nine Mahmudullah Riyad – had in Muzarabani met his match.
You see, there is something unmistakably different with Muzarabani when you compare him with his peers among the current crop of Zimbabwean players, as timid a generation of international cricketers as they come.
Here is a guy who, unlike many others of similar deprived upbringing – including his lesser-known uncle Taurai Muzarabani – was never afforded the opportunity to attend a top-cricket playing school.
Yet here is a player who – without the assistance of affirmative action – became the first black cricketer from Zimbabwe to earn a full-time contract in the best domestic competition in the world, the English county cricket system.
A player who has brushed aside serious competition to be included by some of the game’s best minds in a fantasy team tipped to dominate Test cricket for the next decade. A fast bowler good enough to be signed by a Pakistan Super League (PSL) franchise and help it win a historic first T20 title.
Such breed of cricketers like Muzarabani are cut from a different cloth. So when the tall paceman returned a more polished and versatile bowler from Northamptonshire to represent his country again – where the heart really is – you were never going to expect any freebies from Muzarabani.
How frustrating it was for Muzarabani, therefore, that after doing all the hard work without much back-up – reducing Bangladesh to 132-6 in the one-off Test last week – the Asian tourists, who previously struggled away to Zimbabwe in Tests, eventually totalled 468 in their first innings.
Out of utter frustration, Muzarabani had resorted to a barrage of short-pitched deliveries aimed at Taskin, followed up by verbal onslaught to unsettle the Bangladesh number 10 batsman, who went on to score a career-best 75.
As Muzarabani’s aggression took a physical aspect, with the tall 24-year-old pacer pushing his face into the grill of Taskin’s helmet, the Bangladesh tailender stood his ground and told the Zimbabwean quick to back off.
Taskin, playing in his eighth Test, later told traveling Bangladesh Press corps that he felt abused by Zimbabwe’s bowlers, in particular Muzarabani, and that he had told them to instead “do something with the ball rather than abusing me.”
Both players have since been fined 15 percent of their match fees “for breaching Level 1 of the ICC Code of Conduct”.
The sanction stipulates that the players “were found to have breached Article 2.1.12 of the ICC Code of Conduct for Players and Player Support Personnel, which relates to ‘inappropriate physical contact with a Player, Player Support Personnel, Umpire, Match Referee or any other person (including a spectator) during an International Match.’”
Let the law of the game take its course, and offenders face the music. Needless to say, nobody is bigger than the game.
But not a hell of a lot of Zimbabwean cricket fans, I daresay, will be dismayed by Muzarabani’s show of fury in that Test. It is the kind of fire that has been the missing link in this team for nearly two decades now.
There comes a time when one must be ruthless in cricket. No ways a number nine and 10 should be getting 191 runs against a half-decent international bowling attack. But you need 11 Blessing Muzarabanis in a team to inculcate the culture of a fighting spirit.
The adage that you cannot teach an old dog new tricks continues to be proven true by this Zimbabwe team so the other Muzarabanis, I am afraid, cannot be found within the present set-up.
Over the past five seasons or so, we have seen some very promising young players, truly gifted, who have come into the Zimbabwe team amidst great hope for the future. One of them was a one-time prodigy who everybody was very excited about, and some media colleagues labelled him a future captain of Zimbabwe.
Once these emerging stars settled into the team environment of meekness, normalised by those they found there, they too became submissive, never to recover again.
That is what worries me – when I imagine that the same fate could befall Takudzwanashe Kaitano, Dion Myers, Wesley Madhevere, Tadiwanashe Marumani, Roy Kaia, Milton Shumba – if the powers-that-be do not weed out the contagious negative influence of those that sadly are supposed to be the guiding lights in the early stages of these genuinely talented newcomers.
With someone like Muzarabani in there – then your Brendan Taylor, Sean Williams, Craig Ervine, Sikandar Raza, Regis Chakabva – at least you could put your money on the next generation having the right guidance to eventually assume the mantle.
Related Topics:
Up Next