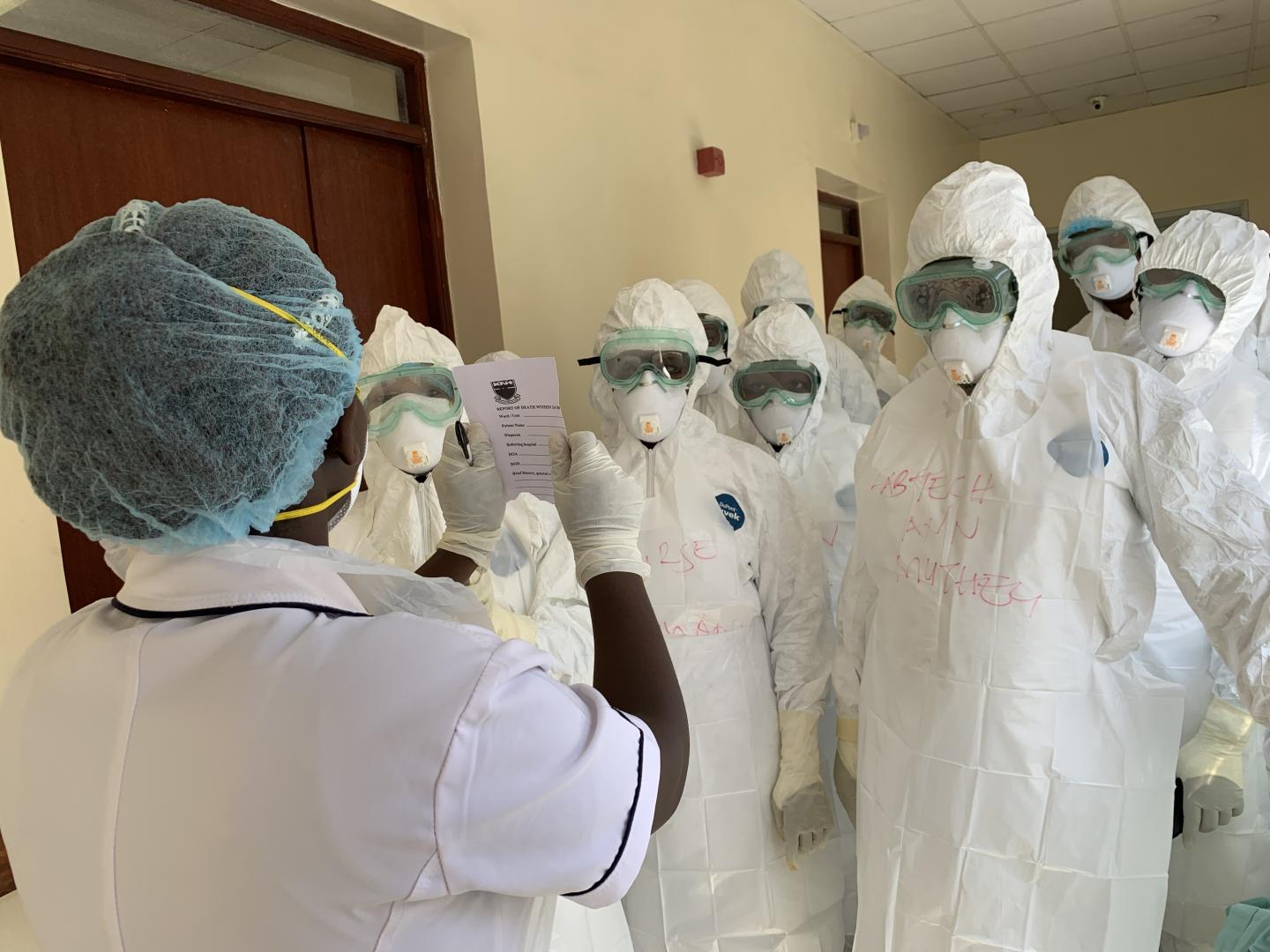 “URGENTLY looking for a hospital bed with a ventilator; willing to pay any price”. Such desperate pleas on social media by Zimbabweans who can afford to pay, the privileged few who have the money, have now become common.

Human rights activist Sithabile Dewa last week found herself having to do the same. Little did she know it was going to be a long night for her and an unforgettable ordeal for the family.

Dewa took her plea to social media on 2 January, desperately looking for a bed for her Covid-19 positive brother-in-law who needed ventilator support as he struggled to escape from the jaws of death from the virulent pandemic.

Dewa’s brother-in-law, who was 45 and had no known underlying conditions before Covid-19, died an hour after her anguished appeal on Twitter.

But it is how the family desperately searched for an emergency admission facility that left Dewa shell-shocked and exposed to them the reality of Zimbabwe’s unpreparedness to combat the corona virus which has killed at least 446 people so far.

Dewa’s experience showed her that hospitals do not have capacity to accommodate people with Covid-19; in some cases they will simply be full, do not have the required equipment, such as ventilators, adequate frontline medical staff, drugs and other support services needed.

This lesson came through a journey of pain and despair.

Dewa said together with her sister, they had driven around in Harare, desperately hoping to get help, but were turned away from both public and private hospitals. They all had no admission beds.
It was an eye-opener for her.

At one of the facilities, Dewa was told that there were about 100 people who had also been turned away and were waiting to be admitted soon after someone had been discharged or died, meaning there are invisible queues at some hospitals to get service, dependent upon space or fatality.

This is not helpful during an emergency. At Arundel Hospital, which the government said it would open to everyone, Dewa was told they only admit patients who come with references from government officials or certain doctors. This smacked of elitism, nepotism and corruption.

Covid-19 procurement and supply processes have been entangled in greed and corruption, with multimillion-dollar deals at stake, involving government officials and their cronies.

“At most of these places we could not even get inside, we were turned away at the gate, and yet there were people with the sick in their cars, but they were told the same thing: no help,” Dewa said.

“We also went to Arundel, but we were not even let in; from outside you have a view from inside, and the person was showing us that the red zone is full and that they had to open another ward for Covid patients. We were also told they were only taking patients who had been referred by government officials and certain doctors.”

Dewa added: “We went to St Anne’s, there was a guard at the gate. He said they might have a bed, but were not allowing people to get iin. He gave us a number to call but said he had turned away about 100 people. He said they were attending to people but were overwhelmed.”

Prior to that, Dewa said they had also gone to HealthPoint and another clinic near the University of Zimbabwe, but the message was the same – we are full.

“We also went to Parirenyatwa and the doctor there said they had one functioning ventilator, but no one to operate it as there were no nurses. He also said there were three other patients who were also waiting to be put on the ventilator.  The doctor there also confirmed that my brother-in-law’s doctor had also phoned looking for a bed. They had one functioning ventilator. You could tell that they are overwhelmed, and they did not have capacity to handle the influx of Covid-19 patients,” she said.

“After I posted on social media, I got several references and spoke again to the St Anne’s staff who then said they had a ventilator, but no nurses and that we could organise our own nurse, which was not a problem. However, it seemed the lady was not in a hurry as she said she needed to consult with a doctor first, but sadly my brother-in-law died before we could even go with him there to try to save his life.”

Dewa’s brother-in-law had been in hospital for three days before he passed on. On the day of his admission to the Avenues Clinic where he initially was, he had even walked in on his own and was able to talk to his wife on the phone. But he never made it back home.

“It is still hard to accept, and they had been married for only one-year-six-months. One way or another, the government should be held accountable for all these deaths which could be avoided if the healthcare system was working,” she said.

“I’m sure you saw that picture of Killer Zivhu with his own ventilator at home, that is how Zanu PF has destroyed this country, people now have to buy their own personal medical equipment.”

On 3 January, acting President Kembo Mohadi, currently told a press conference that he was not aware of any shortages of ventilators, saying according to the information he had there was enough life-saving equipment. The government also says there is enough bed capacity at hospitals, but doctors insist that is not true; they say there are isolation wards with space, but no beds to admit patients who need intensive care to save lives. This, according to Dewa, was proof that the country’s leadership was out of touch with reality.

“Obviously he (Mohadi) was misleading the nation; I challenge him to a fact-finding mission to see those ventilators. On the ground our health system is overwhelmed and ill-equipped to deal with this emergency. And close to a year after the death of Zororo Makamba, his family had also struggled to get a ventilator for him in time, this is unacceptable,” she said.

“Like now, we are on lockdown, but what is going to happen after 30 days? What is the plan? There is no mass testing and screening and those figures we are getting are not from tests conducted by government, but private facilities. Government is doing nothing really to combat this pandemic.”