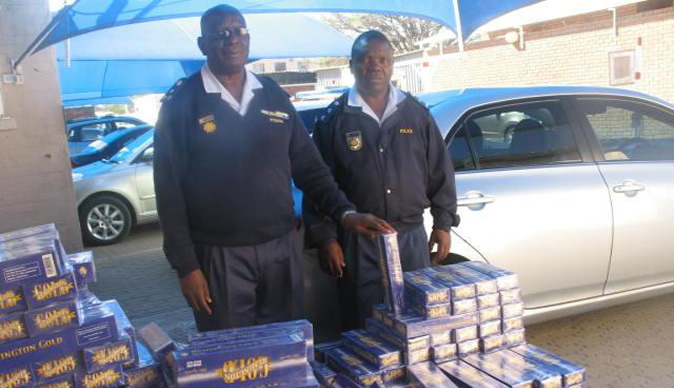 ZIMBABWE could be losing millions of dollars in potential revenue during the ongoing Covid-19 lockdown due to smuggling of goods through porous ports of entry, the country’s tax collector has said.

BERNARD MPOFU
Official figures from the Zimbabwe Revenue Authority (Zimra) show that although most tax heads performed above target, the stabilisation of exchange rates and limited trade and travel due to the lockdown, resulted in subdued collections and contribution to total revenue.

The smuggling of precious minerals such as gold as well as products like cigarettes to neighbouring countries such as South Africa has, according to the authorities and leaders of industry and commerce, prejudiced Treasury of funding to finance critical projects.

Home Affairs minister Kazembe Kazembe last year said Zimbabwe is losing at least US$100 million worth of gold every month, which is being smuggled out of the country through porous borders.
Zimre says it has sought assistance from other state agencies.

“The risk of revenue leakages within and outside ports of entry continued, particularly just before and during the festive period, and Zimra stepped up its efforts to plug these leakages. “Collaborative operations were done with relevant stakeholders such as the Zimbabwe Anti-Corruption Commission (Zacc), Vehicle Inspectorate Department (VID) and the Zimbabwe Republic Police (ZRP),” Zimra said in its full-year report for the period ending December 2020.

“Unfortunately, lockdowns instituted to contain the spread of the Covid-19 pandemic have led to increased smuggling of goods along the country`s porous border line. Joint patrols with security arms of state were conducted to plug such leakages. Internally, lifestyle audits were carried out and corruption cases investigated as the authority maintains zero tolerance towards corruption.”

The golden leaf is the country’s second -biggest foreign currency earner after gold, contributing roughly 19% of export earnings, according to official figures.

The Zimbabwe National Chamber of Commerce says the country is losing more than US$10 million a month in cigarette export revenues to smugglers feeding the increased demand south of the border.

Such losses are potentially devastating to Zimbabwe, whose economy was already suffering from chronic foreign currency shortages, hyperinflation, lack of food, medicine and fuel shortages before the global pandemic erupted.

Cigarette smuggling has long been a problem along the porous border between Zimbabwe and South Africa, with “runners” carrying the contraband in plastic bags attached to their backs cross the Limpopo
River in the dark, according to a 2019 investigation by the US-based Global Initiative Against Transnational Organised Crime.

On the South African side, they offload the cargo into small trucks that travel on backroads to avoid detection, said Simone Haysom, the report’s author and a senior analyst with Global Initiative.

“The buyers at the South African side are businessmen who will be waiting to fetch the cigarettes from the runners,” said Haysom.

“To get to their destinations, their trucks use small and private roads to avoid tollgates, roadblocks, and adhoc searches by law enforcement on main roads.”