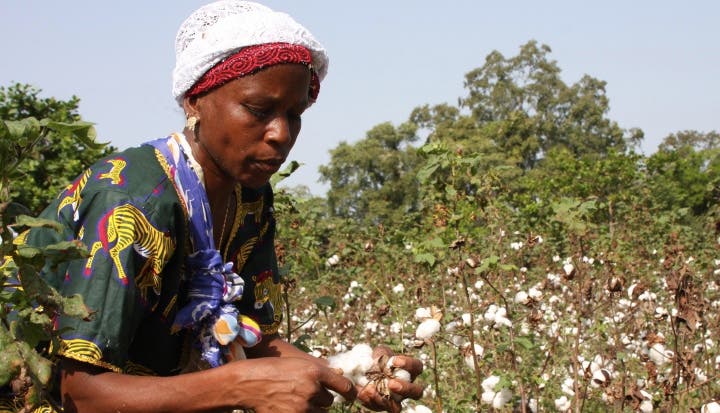 ZIMBABWE’S projected cotton output may decrease next year due to delays in paying farmers contracted by the Cotton Company of Zimbabwe (Cottco), it has been established.

As preparations for the 2022 crop intensify, some farmers in Mashonaland West province have raised concern over the failure by Cottco to pay them for deliveries. Patrick Tembo (60), a Hurungwe-based farmer under headman Goredema village Chief Nyamhunga, this week poured his heart out.

He said several farmers are now destitute, as they battle to get outstanding payments from the company. They are facing a cash crisis due to non-payment by the company.

‘‘Cottco promised to pay us 22 cents per kilogramme and nothing has come through. We have no money to pay for school fees and our children are now being chased away from school due to non-payment of fees. We do not know when we will get the monies. We are facing social challenges, including access to medication, as we have nothing financially besides farming for the company. The rains are upon us and we are ill-prepared for this over the delayed payments,’’ lamented Tembo.

He is among at least 300 affected farmers in the district. His rural homestead is situated about 60 kilometres west of Karoi town.

He delivered eight bales to the Cottco depot in Hurungwe. Another farmer from Gokwe’s Chireya village, Tobias Batara, said they are “sick and tired” of Cottco’s empty promises.

‘‘We have had too many empty promises over the outstanding payments. We were expecting to buy our fertilizers during the off-season in preparation for the oncoming farming season but all our plans are in disarray,’’ he said in a telephone interview.

Cottco managing director Pious Manamike this week acknowledged that the company got a financial injection from Treasury and is about to settle outstanding payments.

‘‘I am pleased to give an update to farmers regarding 2020 and 2021 payments for cotton deliveries as follows: the 2020 outstanding payment farmer payments will soon be settled following the release of funds by Treasury (as a portion of the payment was subsidised to motivate farmers to revitalise the growth of cotton). The majority of farmers have now received payment in full for 2020,’’ Manamike said in a statement.

However, he called on farmers to activate their bank accounts as this had delayed payments. ‘‘The outstanding balances for that period were for farmers who had not submitted functional bank accounts or mobile money accounts, amounting to ZW$316 million.

‘‘Cottco has been calling for these farmers to submit payment details and as of the 28th of October 2021 farmers with balances amounting to ZW$104 million had heeded the call,’’ Manamike said. He explained that Cottco submitted this list to Treasury for funding and disbursement. ‘‘We encourage the farmers owed the remaining ZW$212 million to approach the nearest Cottco depot and provide payment details so that transfers can be made,” he said.

Mananike said the company is now geared for the 2021 payments and subsidies.

‘‘As previously advised, farmers are being paid in three tranches including the first batch made up of payments of ZW$34 per kg including a US$10 per 200kg bale. These payments exceed the regional average of US25 cents per kg. Cottco has to date released ZW$3.1 billion towards these payments. The second batch is a subsidy incentive for cotton farmers of ZW$22 per kg. Payments have commenced this week while additional tranches are expected to be released on a weekly basis. Finally, farmers with Grade A or B seed cotton will be paid a top-up in the form of a grade adjustment,’’ he added.

He said the payments for the 2021 season of ZW$3.1 billion have improved the livelihoods of farmers who reside in drier regions where Cottco operates.

Worst affected are mostly communal farmers who ventured into cotton production a few years ago after the cash crop was “dumped” due to poor incentives and unviable costs. Some farmers instead diverted their farming skills to tobacco, but the golden leaf has not been rosy either due to exploitation in the form of inflated input schemes, poor sales and undervaluing of the crop.