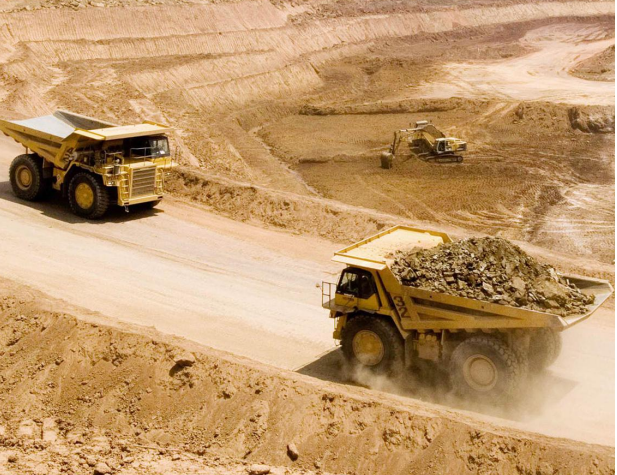 SHAREHOLDERS of diversified minerals miner Vast Resources are unsettled by delays in the finalisation of the company’s Chiadzwa diamond project, saying the the lethargic pace in rolling out the venture is detrimental to the business.

The London Stock Exchange Alternative Investment Market-listed mining company, which has operations in Zimbabwe and Romania, announced in September 2019 that it had signed a joint venture (JV) agreement with Chiadzwa Mineral Resources, a company designated to represent the Chiadzwa community interests in the concession.

This resulted in the formation of Katanga Mining (Pvt) Ltd. A further JV agreement between Katanga and the Zimbabwe Consolidated Diamond Company (ZCDC), a government entity, is set to be officially signed.

However, since a JV was signed in September 2019, nothing concrete has been achieved, prompting shareholders to question the deal.

“What is causing the delay in Zimbabwe? Shareholders were advised that the company was simply awaiting a signature, but this does not seem to be the case. At what point does Vast concede defeat on this? At what point does Vast’s business in Zimbabwe have too much of a detrimental impact on the business as a whole — such as the inability to get finance?” some of the questions submitted by shareholders to the company in recent weeks read.

“Further, regarding Zimbabwe, and settlement of historical claims, can you confirm that this would be in Vast’s favour and, if so, are the sums involved something that would change the company’s ability to refinance? Does the board expect a conclusion within a year?”

In responses published on the company’s website, Vast said: “Due to the various political and legal sensitivities, the board cannot publicly comment on this; however every action taken by the company has been documented and verified to the full satisfaction of the various regulatory bodies involved.”

“Although the continued delays are unquestionably frustrating, the company, as per various announcements, remains hopeful of a positive outcome and believes the continued tenacity of the Vast team will ultimately reward shareholders.”

“The settlement is mutually beneficial to all parties involved and the board are in constant dialogue with the relevant authorities, but cannot disclose at this point the status.”

“The company is hopeful of a conclusion, but is not in control of timing or the outcome and it is premature to speculate as to what that might be,” it said.

In its financial results for the 12-month period ended 30 April 2021, Vast also lamented delays in the finalisation of the JV agreement but remained confident that it would be concluded.

In the period under review, the group reported a 3.7% increase in other administrative and overhead expenses to US$4.2 million compared to US$4.1 million recorded in the prior period.

Foreign exchange gains of US$2.6 million were recorded for the review period compared to losses of US$2 million reported in the previous financial year. Included within the US$2 million of foreign exchange losses last year is US$0.640 million in respect of the company’s operations in Zimbabwe.

The company recorded a 7.1% decrease in losses after taxation to US$7.7 million compared to US$8.3 million recorded in the previous comparable period. Cash balances at the end of the period stood at US$1.385 million.

Shareholders also wanted to know whether Vast was being set up to be taken over privately by another company or any Vast employees.

They said the actions of the board and the share price decline has prompted some shareholders to question whether this is the ultimate aim. In response, Vast said that was not the case, adding the board, management team and advisory teams were all unified in their objective to continue to advance the company’s operations and communicate this to the market to achieve the appropriate value uplift on the equity market.

They also raised concern about Vast’s reputation in the market that has been eroded, asking how the company can look to attract institutional investors when retail investors are panicked, and volume and the price are at an all-time low.

“We intend to demonstrate a continued consistent improvement in our production profile at Baita Plai and rationalise the financing structures in place to support long-term share price performance. Baita Plai is an exceptional asset and whilst it has taken longer to move into profitability than originally conceived, the company has overcome challenges, as outlined in the recent RNS, and has translated limited capital expenditure (by usual mining industry standards), into enormous potential value,” Vast said.

“The fact that the value is not reflected in the share price today, does not take away the fundamental potential value of the asset which should become more evident to the market as the asset progresses towards production capacity.”

“The additional pipeline interests within Vast’s portfolio, particularly Manaila, which the company believes could be brought back into production with modest capital outlay, are not recognised in today’s share price today.” To address these allegations, Vast said it has instituted an enquiry into a breach of confidential information by an external counterparty that was under strict confidentiality agreements with the company. “The internal enquiry remains ongoing, and the counterparty has been notified of his breach by the company’s lawyers. The result of the enquiry will be announced when available,” it said.

Related Topics:Vast Resources
Up Next