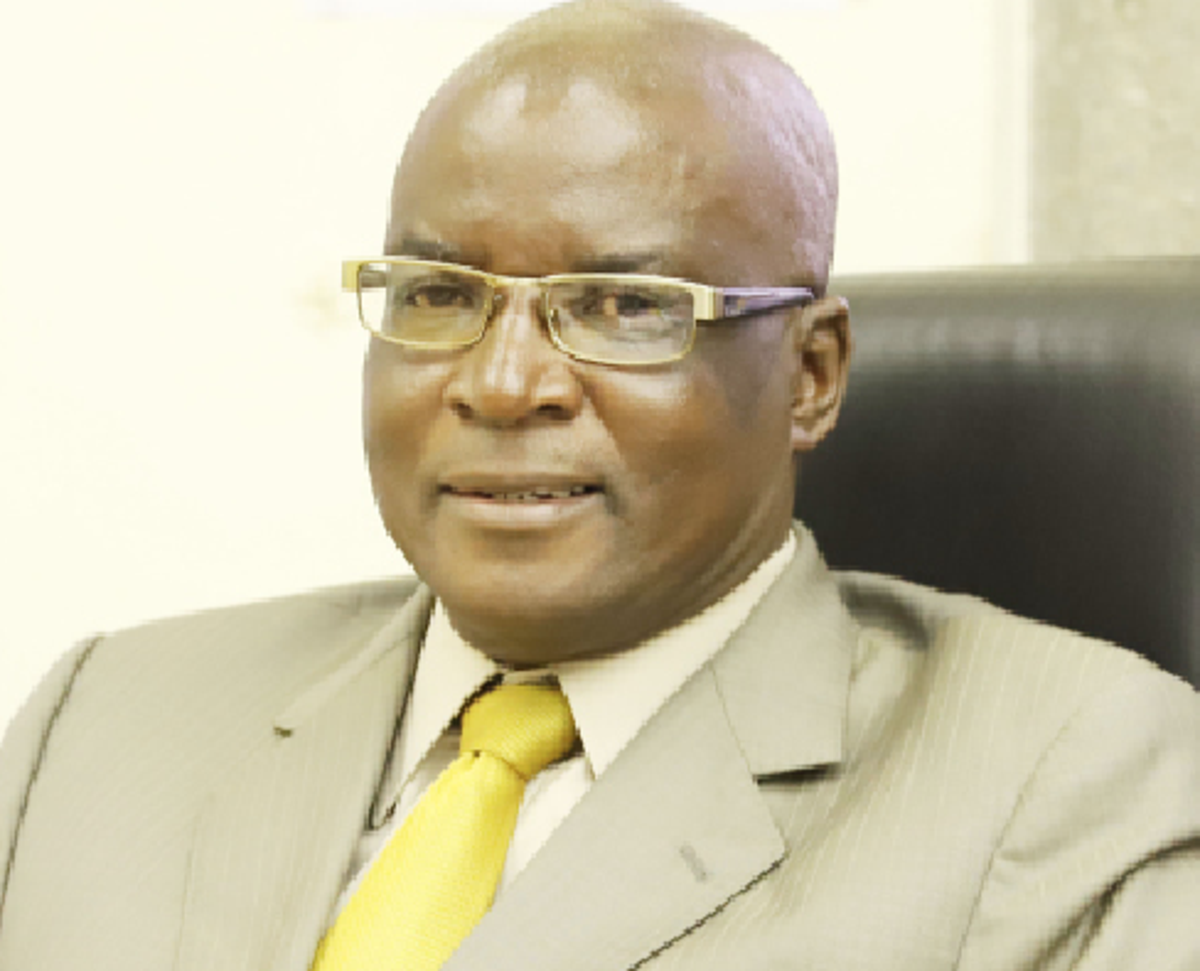 CORPORATE governance failings have been closely linked to corruption in  Zimbabwe. This week, our reporter Ronald Muchenje (RM)  spoke to  corporate  governance expert  Canaan Dube (CD), who says  there is a need for a paradigm  shift from  corporate governance to “personal governance”. Below is the interview:

CD:  Since 2010 or thereabout, there have been some remarkable developments on the  corporate governance  space.

First was the bringing in of the national code on corporate governance which was launched on  9th April  2015. This was a milestone event which was embraced by both public sector and private sector participants in the leadership space.

On the part of government, they realised that just stating the rule book with all the dos and don’ts on how to govern entities for  corporate objectives was not enough.  So on the  8th of june  2018,  government  decided to turn  the voluntary   code into law.

If you go to the Public Entities Corporate Governance Act   and its regulations, you will see that the first schedule to the Act is the voluntary code attached.  In other words,  government has seen it  fit to force  compliance   with corporate  governance principles in the public  sector through turning  the voluntary code into  law.

So for public commercial entities, it is mandatory  for the leaders in that  space to comply with each and  every  corporate governance principle in the voluntary  code launched  on the 9th of April  in  2015.

I would say corporate governance challenges in Zimbabwe are not as deep as they were in 2009. So Doddridge’s comments may be far removed from the developments I’ve just indicated.

Yes, there is still some work to be done to confront and halt   acts of corruption which are bedeviling the public and private sector leadership of entities. That is being tackled but not at the space and pace or speed at which we all desire and  want to see.

RM. The country has been struggling to attract investment. How much has poor corporate governance contributed   to investor flight in Zimbabwe?

Let me say this: from a historical perspective, investment was driven away when the land question became an issue.

There was the need to create a  balance between giving land to those who deserved it but at the same time doing it in a manner which was accommodating vested interests and in a manner which continued to protect investments.

What  did government do? If you go to the  2013 constitution, it’s clear that the land issue was recognised as irreveseable.

But there was a commitment to  compensate  those who lost the land and you remember that recently there have been some efforts to compensate  some farmers.

To me that is a commendable approach and a step in the right direction  to ameliorating  concerns  and fears about  property  rights  in Zimbabwe.

RM: Can you take us through   the efforts you have made  to   instill and promote  corporate governance in Zimbabwean companies?

CD:  I’ve put together a code to guide behaviour by  those who  govern and control those who lead entities,  both  private and public sector. I’ve been at workshops trying  to educate leaders of entities on the benefits they reap by leading  these companies in strict  adherence to  corporate governance.

Last year, I did no less than 150 workshops involving  public sector  leaders and teaching them  about principles annunciated  in the Public Entities Corporate  Governance  Act.

That gave me  an insight into the eagerness  of the public sector leaders to be taught  what is good for this  country, for the  revival of  the public sector’s contribution to  GDP  which at its peak was sitting at  40% and a few years ago  had gone to 5% if not  less than that.

I also gained some insights on how the public sector is taking the corporate  governance reform efforts by government  seriously  and we  have just finished as Zimbabwe Leadership Forum the putting together of   four manuals which will aid those that will participate in the workshops in understanding the  Corporate Governance Entities Act.

What I am saying is there is heightened awareness by those who govern and control public entities about the need  to  do what is good for the country.

CD: The issue of corruption, which  is one at the  centre stage of corporate  governance. Corruption is a choice which I’ve learnt  stems from individual choices made by those that exploit opportunities   to gain advantage  over weak  systems.

In both instances,  in the end government can legislate and corporate governance practitioners can go into the whirlwinds of teaching individuals, but the end decision lies with the individual.

So I’m urging  a radial mindset  change to a paradigm shift which is  radical. Gone are the days when we used to focus on   enforcing the rule book  to coerce  to change. That is not giving us the outcomes we deserve to see.

Although government has done all it can to make the code — an extension of the legal  system — still people are not changing from  their   corrupt ways.

Recently, you saw the city council scandals about the use of wetlands. Most of the leaders in that space  have found their way into the courts for the wrong reasons.

Our focus should be on personal governance as opposed to corporate governance.

I’ve argued and continue to do so that it starts with you, whether or not to be corrupt, therefore corporate governance is your personal choice that will determine how you lead the entities.

RM: What do you think is the way forward in embracing corporate governance?

CD: Preaching, persuading people to change their value systems. Do I believe in a personal creed which speaks to the dos and don’ts?

When we talk about how people must behave, let’s emphasise that people must be one foot forward in prescribing to their personal creeds. What is it they hold dear?

I think  if we have top leadership in the cooperate entities — the listed companies — leading by example,  showing that  the  way they govern themselves  can be translated into how they govern entities, much  can be seen   and a new trajectory  in the behaviours we all expect to see can be achieved.

RM:  What is your comment on   the pace at which   corporate entities are embracing corporate governance in practice?

CD: I must again reiterate that there has been some change and remarkable change since 2008 to 2009 to what is happening now.   We have seen banks collapsing, seeking bricks instead of monetary transactions. Many people were involved in scandals, we still have them.  Thankfully for the financial   sector,  things have improved. We no longer have banks collapsing if we were to compare to institutions back then. There has been an improvement, although things could have happened at a better scale.

RM: What  do you think has been contributing to this?

CD:  Abuse of political economic power and also just letting loose all the desires of human beings. Once you have power, you want to abuse it, you want to excel in doing the wrong things to the prejudice of those you lead. It comes down to failure of personal governance  as opposed to  corporate governance. The shift must happen and we must understand that corporate governance without an anchor of good personal governance is a sheer waste of time in my view.

RM: Lack of proper corporate  governance systems has also played  a key role in promoting corruption. What is your comment?

CD: The link is clear. Corporate  governance, put simply, is a system by which entities are governed, directed and controlled in order to achieve their objectives.

The word control is key. If any business has no systems  of  managing risk and ensuring that risks are not taken willy nilly to achieve a purpose,  then corporate scandals will continue to be the order of the day.

So if, as we have seen in the City of Harare space,  people  have clearly been  unmindful of  corporate governance and that has led to corruption and all the scandals we have seen.

RM: What efforts are needed on the regulatory   side to ensure good  corporate governance in practice?

CD: Like I’ve said, government has enacted the voluntary code into law. Although it’s mandatory, I think it is a remarkable effort by government.

This was demonstration of political will  to tackle corruption and ensure that corporate governance is part of the  culture of those  who lead entities, but still I  come back to how individual governance and  corporate  governance must combine to  introduce the culture  of leadership we need both in the public and private  spaces  for the economy  of Zimbabwe.

RM: Going forward, what is your outlook for your quest  for corporate governance in practice?

CD: It looks good and government has created a platform for hope. That at least shows there is political will to ensure that we turn the corner  as a country and introduce  the Zimbabwe we want and deserve.