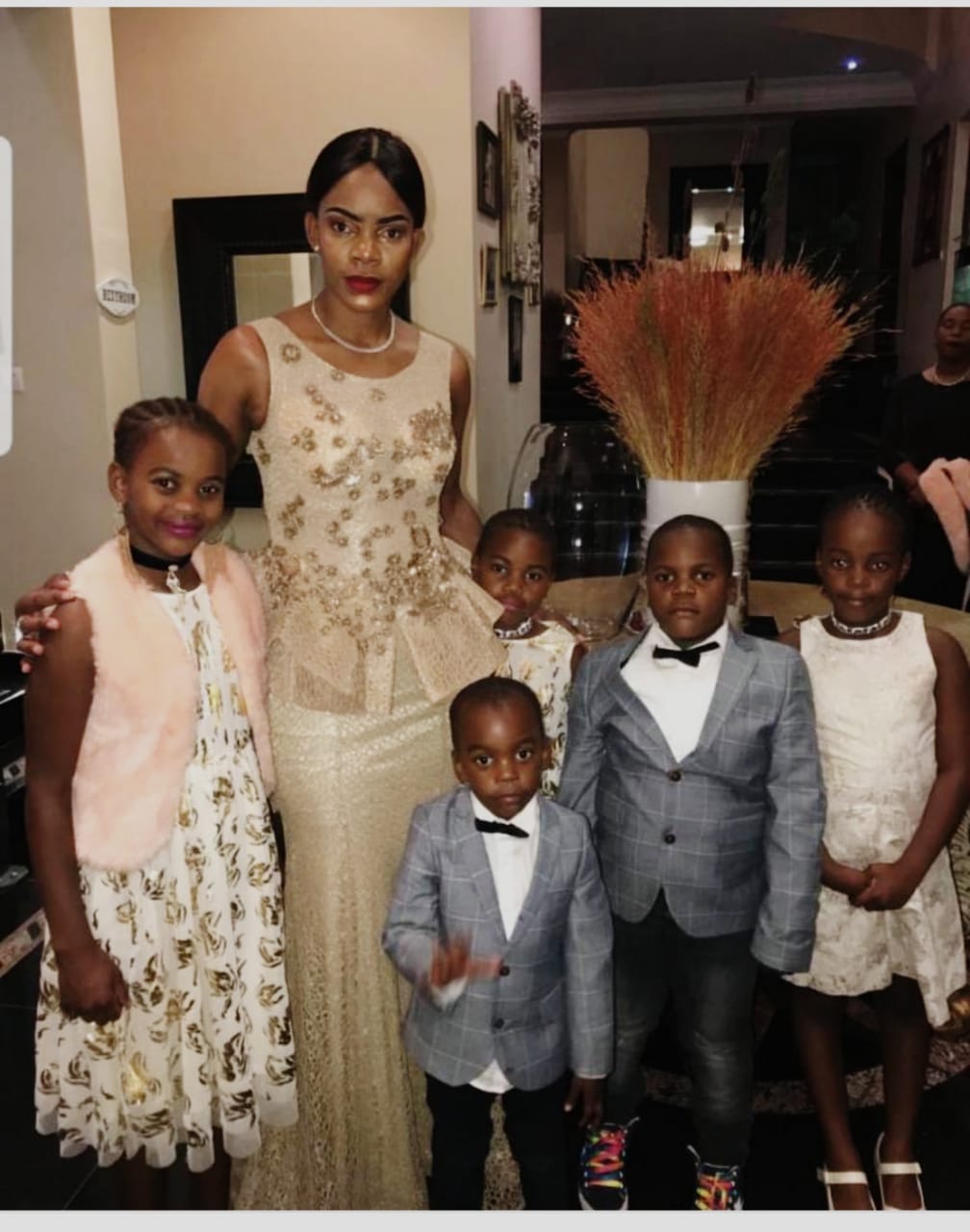 In happier days...Marry Chiwenga poses for photo with her children

VICE-PRESIDENT Constantino Chiwenga has blocked his estranged wife, Marry, from contacting and accessing their three minor children since December 2019 as the custody battle between the two rages on.

Sources close to the family say Chiwenga – using his political clout –  has totally cut off the mother of his children from the minors after their high profile and acrimonious divorce which gripped the nation.

It is rare in Zimbabwe for a mother to lose control of her kids after a divorce.

Marry was separated from her children, then aged nine, eight and six years in December after she was arrested on charges of money laundering, fraud and violating exchange control regulations.

She was also charged with attempted murder for allegedly trying to kill Chiwenga in South Africa, but was later released on bail.

A family member said the children have been deprived of motherly care since the couple’s fallout.

“Mary hasn’t seen her children for 10 months. How does a father just turn his kids motherless when their mother is still there?” a source asked the Newshawks.

“They have no way of communicating. She has not seen them or spoken to them in 10 months. It is one thing trying to hurt a mother by taking away her children, but the children are being deprived of that motherly care and love.”

In January, Chiwenga’s housemaid Delight Munyoro claimed Marry assaulted her during an altercation at Hellenic School in Borrowdale, Harare, while trying to access the children after winning custody of the children in the High Court.

Chiwenga was however angered by the judgment and appealed to the Supreme Court. Among other issues, he questioned why the judgment was leaked to Marry before it was officially handed down in court.

The Supreme Court nullified the High Court ruling which said Marry had legal claim to the custody of her children under the Guardianship of Minors Act.

Chiwenga’s lawyer Wilson Manase said he would need approval from his client to comment on the case.

Commenting in general about custody battles, lawyer Beatrice Mtetwa, who is Marry’s attorney, said the superior courts were negating children’s needs and focusing on the financial and political influences of the people involved.

She said this was setting a bad precedent for the lower courts which are now following suit, making it difficult for lawyers to advise their clients.

“We have seen how general family law cases get twisted to suit the powerful. They may be politically powerful people; they may be financially powerful people. So, you find that a lot of women, when they are faced with, you know, domestic issues against their powerful husbands, the law just completely gets breached,” Mtetwa said.

“We have had women who have not seen their children for months on end. The law is now so mutilated that we actually can no longer advise clients about basic things; like the law says you have custody when you separate, the law says the mother has these rights, the children have these rights.”

Mtetwa said the psychological and emotional needs of children was not being considered as the courts are considering what effects their decisions might be having on minors.

“In South Africa, they have family advocates, who will look at the interests of the children. In our justice delivery system, nobody looks at the interest of the children. So, you have children, who have been taken away from the mother with whom they have lived throughout, and they are not even living with the father, they are being looked after by domestic workers. And you ask yourself what sort of justice system is this that takes a five-, six-year-old from the mother? Does not allow the mother to see the child and then allows the child to live with the maid?” asked Mtetwa.

“They look at the politics of the case, who is powerful, who is calling the shots. And as lawyers, regrettably, there is very little we can do because once you have gone to the Supreme Court, you cannot do anything against what the Supreme Court says. You know they ruled and if they ruled and a six-year-old has not seen their mother for a year, the judge does not care.  You know, so you go to the legislation and it says oh the court should always do things in the best interest of the children. Best interests of the children when they don’t see their mother? The courts have not pronounced that the mother should have them or see them, it just boggles my mind.”