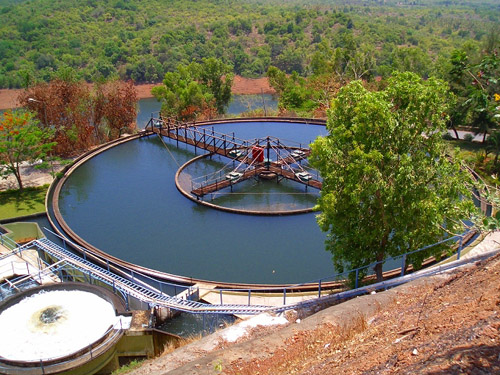 CHINA Nanchang Engineering, which was this week controversially awarded a US$109 million tender for construction of Kunzvi Dam — critical to alleviating Harare’s perennial water supply problems — has a shady past.

The Sino company has had its accounts frozen by the Reserve Bank of Zimbabwe (RBZ) for illegal black market foreign currency trading activities.

Besides that, it also illegally seized a US$171 million dam construction tender from a competitor, China Jiangxi International and Technical Co-operation Co. Ltd, through a smash-and-grab approach.

Nanchang was taken to court in 2019 for muscling into the US$171 million Silverstroom Dam project in Mashonaland Central province outside the tender process.

The company, now mired in a new scandal over the US$108 885 000 Kunzvi Dam proposal, fought to keep its ill-gotten Silverstroom project.

The Chinese companies, Nanchang and Jiangxi, ended up resolving the tender robbery fight over Silverstroom through an out of court settlement.

Never far from controversy, Nanchang this week found itself entangled in a new dam construction dodgy deal after Zinwa awarded it the Kunzvi Dam tender under dubious circumstances.

The project, estimated to have capacity to produce 250 000 cubic metres of water daily,
is on the upper reaches of the Nyagui River.

Its dam site is approximately four kilometres upstream at the confluence of Nyagui River and the Nora River. The main purpose of the reservoir is to supply water to Harare, which has serious water problems.

In the aftermath of the contentious tender, SinoHydro, which had submitted the lowest and competitive bid (US$65 523 463.61) in partnership with a local company Marmfold Engineers, has raised alarm over Nanchang’s US$108 885 000 fishy winning proposal.

Subsequently, it has bitterly complained to government, through the Office of the President and Cabinet and Agriculture ministry, about what it says is a shady process. SinoHydro says given its lowest bid, capacity and experience, it had won the tender, but the project was irregularly given to Nanchang.

These revelations and details are contained in documents that were leaked this week to two local media organisations, including The NewsHawks.

This means Nanchang’s bid was US$43 361 536 more than SinoHydro’s lowest proposal.

The highest bid of US$197 139 196, almost three times that of the lowest quotation, was from Exodus and Company.

Barely two years ago, Nanchang was caught up in a tender scandal. Now it is at it again.

Jiangxi, which also bid for the Kunzvi Dam project, given to Nanchang under murky circumstances, won a tender for the construction of Silverstroom Dam in 2019.

However, government corruptly reversed that and awarded the tender to Nanchang, in violation of the bidding process and the law. The intervention smacked of brazen irregularities and corruption.

In anger, Jiangxi approached the High Court, through its lawyer Tapson Dzvetero, to fight Nanchang’s robbery.

Dzvetero argued that the tender reversal was illegal, as Jiangxi’s bid was held to be competitive in all aspects and the most cost effective by the Praz.

Dzvetero told The NewsHawks on Friday that the matter was later resolved by consent order.

“Basically, the parties decided to resolve the matter outside the court because they decided not to fight government. An out of court settlement was reached and the project remained with China Nanchang,” Dzvetero said.

Nanchang has another issue in its dodgy past record. Reserve Bank of Zimbabwe governor John Mangudya on 24 January 2020 issued a statement, saying an investigation by the central bank’s Financial Intelligence Unit had found that Nanchang had used its bank account “to inject millions of dollars into the parallel market in the last few days”.

“The FIU has ordered the freezing of the identified account pending further analysis and is undertaking ongoing surveillance to identify more culprits involved in the parallel market transactions, particularly on the Ecocash platform,” he said.

Mangudya said the RBZ “identify and take appropriate action, in terms of the law, against any culprits involved in illicit foreign currency activities and manipulation of the foreign exchange rates”.

The Kunzvi Dam project’s cost has been speculative, with wide cost variations. The figures bandied about widely vary — ranging from US$65 million to over US$800; for the same project. Initial feasibility studies have shown cost projections going up to about US$865 million, creating room for rentseeking and corruption.

For example, the Infrastruture Development Bank of Zimbabwe on its website says the project is estimated at US$865 million.

“The dam site is 67 kilometres north-east of the capital, near Juru Growth Point on the Nyanguvi River. The dam will have the capacity to deliver 158.4 million cubic meters of water daily. The estimated project cost is US$865 million and will be funded through Public Private Partnership initiatives,” the bank says.

“Project implementation is estimated at 60 months. In addition to supplying water to Harare and its catchment areas the dam project will provide irrigation water to surrounding communities. Furthermore, the city will save on treatment costs as the project is more upstream than Lake Chivero which is downstream and heavily contaminated with effluent from industries.”

Construction Review Online in January last year quoted Mashonaland East Provincial Affairs minister Aplonia Munzverengwi saying US$259 million had been allocated for the project, although the overall cost of the project stood at US$680 million.

The Infrastructure Consortium of Africa in 2011 reported that a group of private contractors had mobilised US$370 million needed to fund the Kunzvi Dam project.

There are also many other different costs quoted for the same project, rendering Nanchang’s US$100 million winning tender bid questionable, particularly if the price variation with the lowest proposal is over US$43 million.