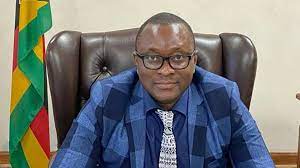 PROGRESSIVE Teachers Union Zimbabwe (PTUZ) says the government’s television and radio learning for pupils during Covid-19 lockdown has not produced intended results, as a recent survey revealed that less than 10% of learners have access to the facility.

Television lessons were introduced in April this year as part of the alternative learning platform for pupils in response to the closure of schools due to Covid-19.

PTUZ president Takavafira Zhou says the model has failed due to a lack of consultation with teachers.

“Government partners like Unicef are assisting with resources, but their preferred learning modules are not proper because, for example, they have told us that they prefer television and radio lessons, but our survey has shown that these have only reached less than 10% of our students countrywide,” Zhou said.

“The factual truth is that 75% of primary schools and 65% of secondary schools do not have electricity throughout the country and what make makes it even worse is that we have more than 95% of rural homes that are not electrified.
“So it means that it becomes difficult to do online learning for these pupils because their parents or guardians also do not access to power or even have such gadgets like phones, television or radio to conduct these lessons.”

“They should invest in gadgets for class and support WhatsApp learning with the money that is being accrued from education partners. Candidates that are in Grade Seven, Form Four and Upper Six should be supplied with those gadgets because the majority of their families cannot afford them, especially in rural areas.”

“We want a situation where those pupils in rural areas can have centres where they can access connectivity on their gadgets, meaning there are consultations that should have been done.

“This is because our teachers who are already using that method have said the model works and this will work, especially for those from poor backgrounds and those with disability, as long as there is a network at their nearby centres,” Zhou said.

The Zimbabwe School Examinations Council (Zimsec) says 184 249 pupils registered for Ordinary Level examinations in 2020 and, of this number, only 45 644 pupils passed five subjects at grade C or better.

To improve the results, Information Communication Technology minister Jenfan Muswere (pictured) recently tabled the national strategy for e-learning, which entailed the acceleration of connectivity in schools, as well as development of adequate technological capacity in learners and educators, regardless of geographical location, through the provision of free internet services to 400 schools that already have connectivity, but are encountering difficulties in paying monthly bandwidth subscriptions.

The e-learning strategy will be funded by the Unicef Giga Schools Connectivity Project.

Steady progress for Hurungwe in response to pandemic