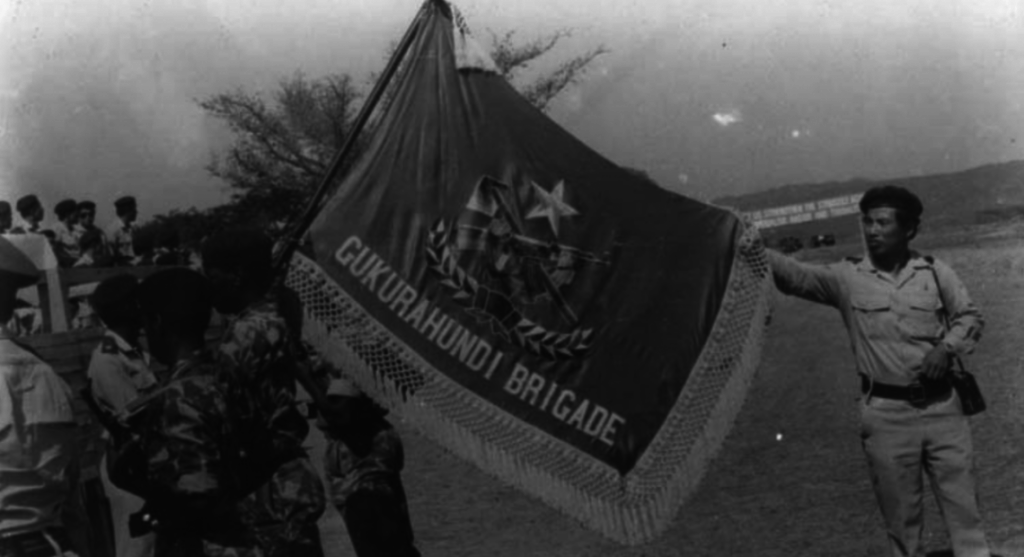 TRADITIONAL chiefs in Matabeleland and the Midlands early this week tabled before President Emmerson Mnangagwa a number of tough demands on top of a public apology that need to be fulfilled in order to bring closure to the 1980s Gukurahundi genocide.

The demands include the return of more than 100 companies and properties like farms, as well as houses that were seized by the Zanu PF government from Zipra.

Mnangagwa met the chiefs at Bulawayo State House on Monday in an event described by the government as the launch of a manual for community hearings to resolve the atrocities.

When the Gukurahundi massacres were carried out, Mnangagwa was State Security minister in charge of the Central Intelligence Organisation which coordinated the civilian killings together with the military under the guise of taking out “dissidents”.

During the latest Bulawayo meeting with chiefs, the traditional leaders through National Council of Chiefs president Fortune Charumbira presented Mnangagwa with a 22-page document titled: Manual on Community Engagement Processes by Chiefs on the Gukuruhundi Issue, which was compiled after consultations with key stakeholders like civil society groups.

The demands that were presented to Mnangagwa, in addition to public acknowledgement of the atrocities and an apology, include social security benefits for families of affected citizens, free education, salaries for affected people, consultation of victims in the healing process, return of properties owned by Zipra seized by the government, infrastructure development in the affected areas, social security benefits for survivors and their families like health insurance and psychosocial support.

Included on the list are demands for reburials, exhumations and memorials for victims, while there are also demands for payment of salaries and pensions to affected people.

The chiefs also said people living with disability caused by Gukurahundi atrocities need financial support from the state. The traditional leaders in their report pointed out the severe effects of Gukurahundi that must be reversed.

“People lost lives, people are still traumatized, women were raped, people lost breadwinners and loved ones, people lost their properties, pensions, salaries and identity; some people want to perfom rituals but they don’t know where their children were buried, Gukurahundi caused migration, (there is) lack of trust in Government institutions and resentment of Government programmes; there is marginalisation and underdevelopment of Matabeleland, most people did not benefit from the land programme . . .” added the chiefs in their dossier.

The traditional leaders also implored on Mnangagwa to help Zipra war veterans regain control of their properties, one of which is Magnet House in Bulawayo that the Zanu PF government seized and turned it into the provincial headquarters of the CIO state spy agency.

Located at 67 Tenth Avenue in Bulawayo’s city centre, Magnet House has been used by the CIO as a base for torturing opposition supporters for a period dating back to the 2002 and 2008 bloody elections.

There are several other Zipra properties across the country which were also seized by the government during the Gukurahundi era as the then Robert Mugabe administration tried to weaken former Zapu leader Joshua Nkomo by closing his party’s revenue streams.

“ZIPRA Trust suggested that one of the key factors to resolving the Gukurahundi issue was for the Government to facilitate the return of ZIPRA properties, memorabilia and records that were seized during that period. It was argued that the return of ZIPRA records would ensure the posterity of its history,” reads part of the chiefs’ dossier to Mnangagwa.

The chiefs also indicated to the ruling party’s leader in their manual that the process of resolving Gukurahundi must guarantee the protection of victims from victimisation before and after giving evidence of the massacres on the record.