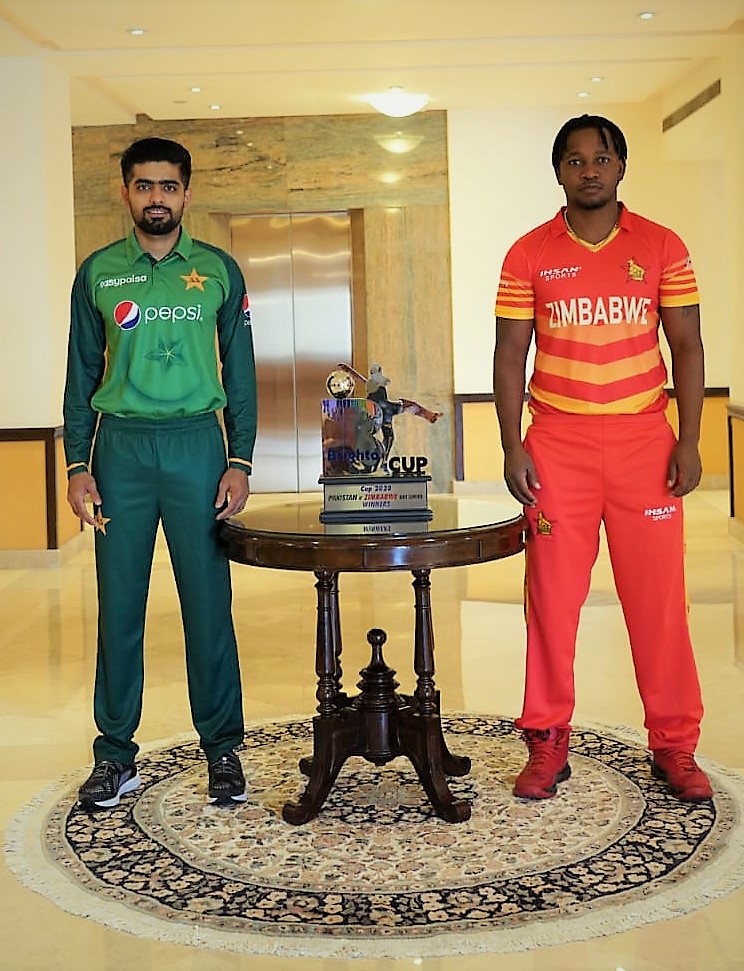 Rawalpindi–Zimbabwe captain Chamu Chibhabha has thrown down the gauntlet to his players, insisting they are in Pakistan to win games and not just to put together some competitive performances.

He is expecting his men to respond positively to his rallying cry when the two teams lock horns this Friday in the first of their three ODI matches at the Rawalpindi Cricket Stadium.

“Over the years we’ve been a team that doesn’t really quite get over the line and it’s something that we have talked about in our camp,” Chibhabha said during a virtual pre-series press conference held on Thursday.

“In the squad there’s a lot more desperation to win and that’s the mentality at the moment,” he added.

“Considering it’s Super League games, each game that we play is going to be very crucial for us – so we are not just going in to compete but to win games.”

The ODI series pitting Pakistan against Zimbabwe is part of the inaugural Super League that is serving as the main route for qualification for the 2023 edition of the ICC Cricket World Cup in India.

The 13-team league competition will see the top seven sides, plus India, qualifying directly for the World Cup, while the remaining five teams, along with five Associate sides, will play in a qualifier tournament from which two teams will go through to the global showcase.

“I think the Super League is fantastic because it gives us an opportunity to play against bigger teams – teams that we wouldn’t normally play against,” Chibhabha said.

“The Super League is a bit of blessing and it also gives an opportunity – if you play good cricket and win matches – you don’t have to do qualifiers, you qualify automatically and that’s what we are looking to do.”

The last time they visited Pakistan five years ago, it was a closely contested series as Zimbabwe put in impressive performances although they lost the two completed ODIs as well as the two T20I games they played.

Chibhabha, who agonisingly perished on 99 in the second ODI, is looking to do better and lead his side to victory this time round.

“The last time I was here I had a decent series,” he said.

“Now I’m back as captain and it would be nice to get some good form and lead the team from the front.”

Apart from Chibhabha, five other players who were on that tour – Elton Chigumbura, Sean Williams, Craig Ervine, Richmond Mutumbami and Sikandar Raza – are in the current Zimbabwe squad that is facing Pakistan.

“We have a pretty balanced side, youngsters and experienced guys,” Chibhabha said, referring to young talents such as Blessing Muzarabani, Wessly Madhevere, Ryan Burl, Richard Ngarava, Carl Mumba and Milton Shumba who have been blooded into the side over the years.

“If you look at our tour in 2015, we did reasonably well but didn’t do enough to win games and that’s what we are focusing on now,” the captain said.

“The emphasis is on guys putting up performances that get us over the line, not just a good-looking 50 or a good looking 100. We want the guys to have the desperation to carry the team over the line –that’s the attitude in the camp at the moment.”

After assessing the conditions during Zimbabwe’s three days of training at the match venue, Chibhabha is expecting the ODI series against Pakistan to be a high-scoring affair.

“It looks like a really good batting wicket,” he said.

“There’s a bit of grass on it but we have managed to have a hit on the table and it’s not doing much as well – seems like a batter-friendly wicket, so runs on the board are going to be crucial.”

Chibhabha said Zimbabwe had great respect for Pakistan but they were not overawed by the thought of facing the home side’s well-established stars.

“Our preparations have been really good,” he said.

“In the past we have been known not to play aggressive cricket but . . . we are just targeting to put their bowlers under pressure and play a bit more aggressively. If you look at the way ODI cricket has evolved because of T20 leagues around the world, the scores have been ranging around 300, 300-plus and those are the targets we will be looking to set.”

The other two ODIs are scheduled for 1 and 3 November at the same venue. After this series, Pakistan and Zimbabwe will then square off in three T20I matches scheduled for 7, 8 and 10 November, now to be played in Rawalpindi and not in Lahore as previously announced.