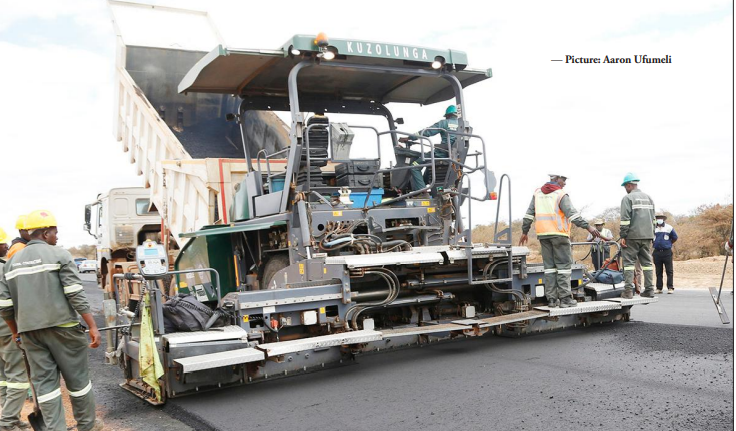 It involves large sums of money. The sources say the government’s monthly operating budget is between ZW$95 billion and ZW$100 billion. It is split almost equally between civil servants’ wage bill on one hand and recurrent as well as capital expenditures on the other.

The operating budget covers the day-to-day expenses required to deliver services to residents. These costs return year after year and include items like civil servants’ wages, office supplies and utilities.

However, the rate is coming down due to a cocktail of tight monetary policy measures and crackdown on the market. Most of the government’s procurement of goods, works and services is financed short-term from public funds.

Development partners are still helping with an average of close to US$1 billion annually, but not with budget finance. Zimbabwe has 476 public and publicly-guaranteed (PPG) loans, as well as over 500 debt securities which are active and currently running.

Total PPG external debt, including Reserve Bank of Zimbabwe (RBZ) external guaranteed debt, are US$10.5 billion, 71.2% of gross domestic product. Excluding the RBZ external debt of US$2.1 billion, total external public debt is US$8.4 billion, an increase of 4.1% from the total public external debt stock of US$8.094 billion.

Government suppliers are wreaking havoc on the foreign exchange market, sources indicate. After procurement, and providing goods and services, the suppliers are paid in local Zimbabwean dollar currency, which they often rush to offload on the parallel market to buy hard currency — United States dollars — as a store of value and a more preferred medium of exchange in the market, they say.

The flooding of local currency on the parallel market puts pressure on the exchange rate and accelerates the depreciation of the Zimdollar relative to the US dollar. With the supply side of local currency booming, the rate shifts fast due to the scarcity of forex.

The demand for forex increases with increased money supply. Milton Friedman famously said “inflation is always and everywhere a monetary phenomenon in the sense that it is and can be produced only by a more rapid increase in the quantity of money than in output”.

Zimbabwe is currently witnessing this phenomenon bordering on hyperinflation for the third time in just over a decade, market watchers and analysts opine. As public procurement suppliers drove the exchange rate, inflation climbed to 256.9% in July, from 191.6% in the prior month. It reached its highest point since February of 2021.

The country has been experiencing strong inflationary pressures over the past seven months due to exchange rate volatility and external factors, including the Russian-Ukraine war. American professor of applied economics Steve Hanke says inflation is actually 595%, the highest in the world.

Meanwhile, the Reserve Bank of Zimbabwe (RBZ) recently launched gold coins in a bid to curb soaring inflation amid a slump in the country’s currency.

It says the coins are also a store of value, but speculators see it as an arbitrage opportunity. In June, the RBZ raised interest rates to a new record as the government officially re-introduced the US dollar as legal tender to rein in surging inflation and stabilise the tumbling exchange rate. The monetary policy committee more than doubled the interest rate to 200% from 80%, a cumulative increase this year to 14 000 basis points.

This means if a central bank prints or injects more money into the economy, inflation generally rises.

Why increased money supply fuels inflation: l Money supply is the amount of money in circulation. This includes notes and coins, and bank deposits;

When undertaking public works, Treasury provides funding in cash (Zimdollar/RTGS transfers), instead of long-term financing models such as private-public partnerships or build-operate-transfer.

“Suppliers are paid in bulk and that takes half of government’s monthly budget, which is between ZW$95 billion and ZW$100 billion. Because of the current inflationary environment, government suppliers do forward pricing or forward rate benchmarking the exchange rate,” a Treasury source said.

“As they mop the forex market, they put pressure on the official exchange rate as well as the parallel market rate.”

As the economy implodes, fiscal and monetary authorities have been engaged in a series of meetings of late, in a frantic effort to halt the crash of the local currency and contain inflation. Official meetings over the state of the economy have often resulted in hard-hitting statements as fiscal and monetary authorities read the riot act to contractors and suppliers — the black market kingpins.

“Where it is determined that funds were channelled to the illegal foreign exchange market — the bank accounts involved will be frozen indefinitely pending criminal investigations and prosecution of the companies concerned and their directors and officers.

“Proceeds from the illegal transactions will be forfeited to the state in terms of the Money Laundering and Proceeds of Crime Act. “The suppliers concerned, their directors and related companies will be blacklisted with the Procurement and Regulatory Authority of Zimbabwe and will be banned from participating in any government tenders.”

In addition, government is setting up a process to scrutinise all awarded tenders to ensure it is getting full and fair value, Ncube added.

Ncube’s statements are a tacit admission that government suppliers are one of the biggest drivers of exchange rate collapse and inflation.

President Emmerson Mnangagwa has been blaming the invisible hand for attempting to destabilise the economy ahead of the 2023 general elections, in which he faces a mountain to climb.

Gift Mugano, an adjunct professor of economics at Durban University of Technology, South Africa, says in the absence of political will to address the problem holistically, it would be futile for Treasury to threaten contractors.

“From a distribution perspective, you will see that 34.5% of the budget is allocated towards capital projects, while 12% is going towards agricultural sector. Ironically, the players or service providers who are participating in road and dam construction are also the same players we see heavily involved in the agricultural programmes which are funded by government. What it means is that a few individuals will be stashed with huge RTGS balances which they offload into the black market — this has been the phenomenon since 2018. This explains why the exchange rate is running away,” Mugano said.

“From a procurement perspective, government departments purchase various requirements from middlemen who later on go and procure the very same commodities from manufacturers and add excessive mark-ups plus massive forward exchange rates which are currently excess of ZW$1 800 per US dollar at a time when the parallel market rate is around 850. The very same suppliers are given pre-payments which enable them to offload their abnormal profits on the black market.

“In order to address this anomaly, the minister of Finance and Economic Development issued a statement which compels government service providers to use formal rates and avoid going to the black market. In addition, in his mid-term budget review, he announced that government will set up a Value for Money Unit. Both of these measures will not be effective, as far as I am concerned.

“My humble view on its lack of effectiveness is hinged on the fact that it is targeting criminals involved in black market activities who are aided by the very same government in the first instance.”

Mugano said for any rational economic agent, it does not make sense for Treasury in the first instance to pass payment of a requisition which factored in a forward exchange rate, of say ZW$2 000 instead of the official ZW$458.

“So, if it is granted that Treasury releases payment in advance for commodities being priced by the supplier at a ridiculous rate, on their watch, how can we expect the very same office to push for effective implementation of the very same instrument compelling suppliers from going to the black market?” Mugano asked.

“It is important to note that the proposal to establish a Value for Money Unit is a very important and right step. This unit will, inter alia, stamp out the use of middlemen who are not necessary, elimination of forward pricing exchange rates and double pricing which characterise construction work. However, its effectiveness will depend on political will, especially in view of the prevalence of concentration of few suppliers (who have political muscle).”

Related Topics:ForexZimbabwe contractors
Up Next