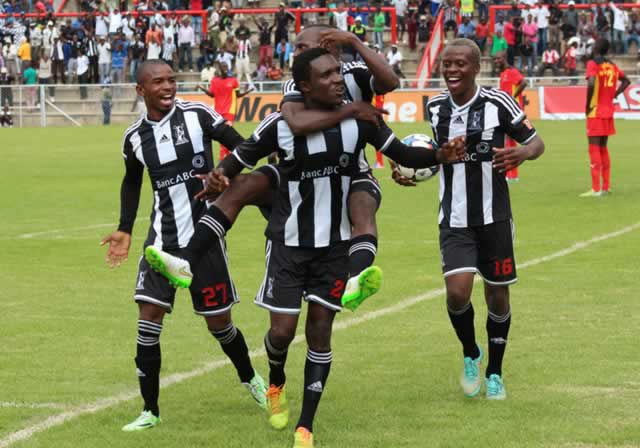 I FINALLY had the opportunity to watch Dynamos’ teenage sensation Bill Leeroy Antonio live in action when his team played Highlanders in the recent Uhuru Cup final at Barbourfields Stadium.

The youngster may not have lit up Emagumeni, but he did show flashes of brilliance and certainly deserves all the attention that he has been getting in the media.

At 19 years of age, the Dynamos hotshot recently captured the country’s attention when a video of his brilliant goal against Black Rhinos went viral on social media platforms.

Before that, Antonio had become a topic of discussion amongst football followers when he was called up to the Zimbabwe national team by Norman Mapeza and made his Warriors debut in the World Cup qualifier against South Africa’s Bafana Bafana in November 2021.

Mapeza and Antonio’s club coach Tonderai Ndiraya should be praised for having the guts to field the teenager.

I so wish we could have more like-minded coaches.

As a football nation we have a serious shortage of coaches who believe in giving youngsters a chance to showcase their talent.

So often we have heard coaches talking about how they want a promising youngster to first gain experience before he can get game time, but one can only wonder how the kid will get the experience if he is not being selected and is not getting game time in the first place.

Local coaches are failing to capitalise on youthful exuberance and produce gems like we have seen happening in Europe.

Former England striker Michael Owen made his Liverpool debut at age 17 and scored on the day. He went on to become their leading scorer every season between 1997 and 2004.

At 18 years and 59 days, Owen made his debut for the Three Lions and went on to win the Ballon d’Or at the age of 22 years, four days.

A teenage Owen was one of the stars of the 1998 World Cup in France and would leave seasoned defenders trailing in his wake.

Youths are daring and fearless by nature and nothing fazes a youngster who has been given a run by his coach and has been told to just go out there and enjoy himself.

Those who were at Caps United, like me, during Tostao Fungai Kwashi’s come up, know what I am talking about.

His father, the late Steven Kwashi, would introduce the then up-and-coming player as a substitute and tell the youngster to “isa deya Toasie” (go out there and nutmeg them).

The younger Kwashi would get into the fray and do step overs, attempt nutmegs and all sorts of trickery with the ball.

I feel that the licence to go out there and have fun helped him grow into one of the bright prospects of that era alongside the likes of Black Aces winger Nqobizitha Ncube.

Denying a bright young prospect game time can dent their confidence and Highlanders’ Godfrey Makaruse is one player whose development was stifled in such a manner.

Godera was a standout performer who was feared by many of his peers during his days as a junior player in the Bosso development ranks and, together with Bukhosi Sibanda of Bantu Rovers, they were touted as future stars.

At 20 years of age, Sibanda set the local topflight alight as the captain of Bantu Rovers in 2017. His goal-scoring exploits earned him a move to South Africa while Makaruse never lived up to the promise he showed as a junior player and is still yet to command a starting berth at Bosso.

As far as I am concerned, the difference in the two players’ development stems from the fact that the Bantu Rovers technical team believed in Sibanda’s abilities despite his young age and gave him room to flourish, while at Highlanders Makaruse was sidelined because he lacked experience.

One can only wonder if the likes of Kuda Mahachi, Marvelous Nakamba and Teenage Hadebe would have gone on to become household names had it not been for Methembe Ndlovu’s belief that young players can deliver on the field of play just like their more experienced counterparts.

I wish Antonio continues to shine so that his exploits can convince other coaches to change their mindset and give deserving youngsters a chance to strut their stuff.