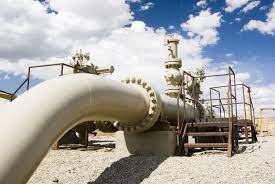 Statistics from the Zimbabwe Energy Regulatory Authority (Zera) show that the country is recording a spike in the consumption of gas, owing to intermittent electricity supplies.
In the first quarter of 2021, Zimbabweans used 13 million kilogrammes of LP gas, up from 11million kg consumed during the same period in 2020, the Zera said.

A report of the BCC land planning department reveals that the local authority has been receiving numerous unsolicited bids from various firms regarding the provision of pre-paid LP gas at residential homes, proposals that have since been given a nod by city fathers.

“With this in mind therefore it was proposed that the BCC embrace the provision of piped gas reticulation which would comprise of a distribution depot, a mainline from the distribution centre, piping from the mainline to the households and prepaid meters for each consumer as opposed to the current situation where each individual household had its own gas tank at household level,” the report reads.

“In this instance it would entail that in new residential areas, as the stands were being serviced, the piping for gas provision also became part of servicing . . . This meant that households would no longer need to have individual gas tanks as the gas would be channelled through the distribution lines from the depot. The individual consumers would have prepaid meters installed at their premises and would be able to access the amount of gas they would have purchased.”

“It was in this light that it was proposed that the city of Bulawayo embraced the provision of piped gas reticulation within new residential areas. This would be made economically viable by the fact that the communities were embracing the use of gas, which had seen a dramatic increase in its use.”

According to Zera, which controls the price of gas under section 54 of the Petroleum Act as refined by Statutory Instrument 90 of 2021, LP gas is gaining momentum as an alternative source of energy, as the Zimbabwe Electricity Supply Authority (Zesa) struggles to meet demand.

Zesa tightened the rationing in recent weeks, resulting in some parts of the country going without electricity for several hours. The country produces an average of 1 200 megawatts (MW) against a peak demand of 2 200MW and relies on imports to supplement its production.

LP gas is widely used by consumers of various backgrounds from industrial, domestic, commercial and farmers.

“The sector is still regarded as young in terms of uptake, thus presenting opportunities for investors who may set up various infrastructure as importers, wholesalers, retailers or manufacturers and revalidation of cylinders,” the Zera says on its website.