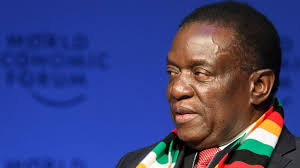 AS a tumultuous year comes to a close, the uppermost question on people’s minds is: What does 2023 hold in store for Zimbabwe? For a country which has built quite a reputation for its perpetual election mode, 2023 will either mark a miraculous re-birth or a continued plunge down the abyss.

The political superlatives will gain currency, the flowery adjectives will be recycled and clichés will be repurposed. Watershed, make-or-break, historic — we will hear more of this hyperbole. Whatever your political disposition, it is advisable not to hold your breath.

Any sober assessment of the country’s prospects would do well to take into account William Faulkner’s immortal words: “The past is never dead. It’s not even past.” Zimbabwe is caught in a time warp — is it not?

One gets a sense that, centuries from now, economic historians will curiously examine our record, amazed at how Africa’s “most literate nation” once ridiculously attempted to survive on 16th century tactics in the 21st century. If we are not careful, our society will be the equivalent of a prehistoric monument in that brave new world, providing humanity with valuable case studies on “How to avoid creating a man-made disaster”.

Speaking at the ZNCC conference, Eddie Cross, an economist of long standing, repeated his recent revelation that he alerted President Emmerson Mnangagwa, in January this year, of an impending electricity shortage.

The power crisis has indeed come to pass. Cross is Mnangagwa’s biographer, and so his interactions with the head of state are naturally newsworthy. The startling aspect of Cross’ revelation is that when he alerted Mnangagwa to what was then a looming national blackout, he quickly realised that “there was no plan”.

The President summoned his top ministers and Zesa’s executive chairperson Sydney Gata and asked them what their solution to the power crisis was going to be. For dramatic effect, Cross emphasises this point: “There was no plan. There was no plan.”

Perhaps what Cross has decided not to reveal is that there is utterly no plan for Zimbabwe’s wider economic crisis. Any citizen who has struggled to put food on the table this year will tell you just how desperate the livelihood crisis has become.

Today, a whole five years after Robert Mugabe was toppled in a military coup which Zimbabweans were told would weed out “criminals around the president”, Zimbabwe has the world’s highest inflation rate. Food inflation is particularly painful.

Bombs are raining down on countries like Ukraine, Syria and Iraq — but all these war-torn places are offering better food prices than Zimbabwe. Can you wrap your head around that?