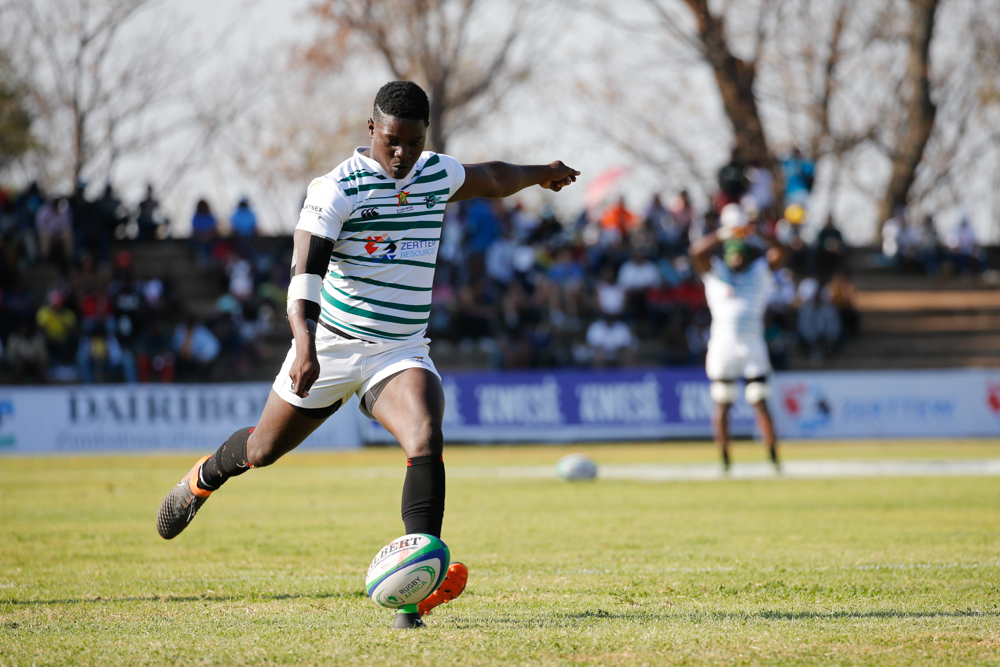 IF it were driving, the past three years would have been one hell of a bumpy ride for Brandon Mandivenga (pictured).

From making his maiden Test appearance for Zimbabwe in 2018 under the ex-Springbok coach Peter de Villiers, to being named one of the country’s youngest rugby captains in the over-a-century history of the national team, to missing his entire international debut season as skipper in 2019 due to a long-term injury, and then being holed up for months in a municipal apartment on Italy’s West Coast in 2020 as Covid-19 wreaked havoc in one of the pandemic’s worst-hit parts of Europe.

Having seen the rest of the 2020 season scrapped in Italy’s top-flight rugby competition, where 26-year-old Mandivenga had signed for CUS Genova in the Serie A following a stint of university rugby in England, the gifted Zimbabwe utility-back decided to go back to school whilst waiting for the travel restrictions to ease and fly back home to be with his family.

“It’s been a very frustrating time here in Italy,” Mandivenga tells DRIVEtorque from Italy. “When things looked like they were getting better, new Covid waves would hit us, and new restrictions would be imposed. Obviously, it is for our safety. But it’s been very difficult. But having said that, it gave me the opportunity to continue and restart my (sports management) studies and getting myself equipped for life outside and after rugby.”

In recent months, movement between most regions of the world has resumed. So next week after examinations and some internship programmes, Mandivenga will land home in Harare to join 46 other talented Zimbabwean rugby players who have assembled to prepare for the first phase of the country’s quest to qualify for the 2023 World Cup in France.

The youthful Zimbabwe captain was not yet born when his country last featured in the Rugby World Cup, back in 1991. Being the first player to lead the Sables back to the sport’s biggest event in more than three decades is a feat Mandivenga says he will savour for the rest of his life.

To be appointed captain of one of your country’s foremost national teams at a relatively young age is endorsement of one’s leadership qualities and role model traits, and Mandivenga – to his credit – does not take that recognition for granted.

“Being captain, you represent not only yourself, but your family and your nation,” he says.

“You are a direct reflection, and you should set the example as to how you want everyone to view and perceive the team that will ultimately inspire many. You are also there to motivate and lead the team. Your teammates need to know that you have their back and that they can trust you with both issues, on and off the field. You are also the link between team and the coaching-management staff. It’s a massive responsibility to be a captain of a national sport. It should never be taken lightly.”

Mandivenga speaks of his delight at being part of the Zimbabwe squad again, having missed the opportunity two years ago, following his appointment, to lead his troops onto the park for the first time in Test rugby.

“I’m very excited and grateful for the opportunity to be back in the Sables again and for the international season,” remarks Mandivenga. “2019 was very tough after being injured for pretty much the whole international season. But I’m back, fit and raring to go! I’ve seen the training squad and there a few new faces, which is always exciting, seeing what the new players bring to the table! We are getting much-needed game time now ahead of the qualifiers and it will be good to see the squad, which is full of talent.”

“I wish to become part of a sports national governing body, which is my main goal,” he says. “I’d like to contribute towards national sport in some capacity as I feel I have a lot to offer and give back when all is said and done.”

An exemplary captain on the field with an easy-going nature off it, the former Peterhouse College maestro also has a unique taste for the finer things in life – including cars.

“My favourite car is a Range Rover,” Mandivenga comments. “I don’t like the small flashy cars such as the Ferraris ad Lamborghinis. I’d much prefer to have the bigger, off-road cars.”

You could say the choice of vehicles is not that surprising for a rugged international rugby player. – DRIVEtorque