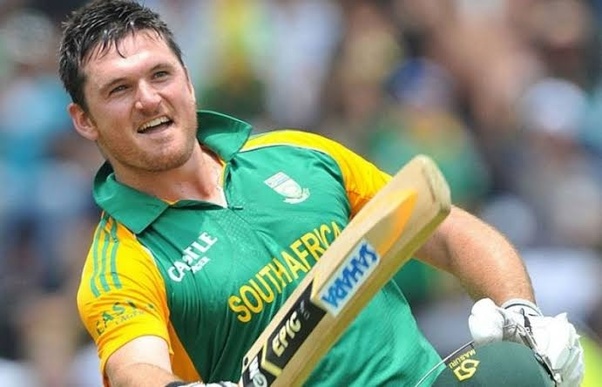 FOR old times’ sake, Graeme Smith (pictured) – South Africa’s director of cricket – might want to accompany the next generation of Proteas on their tour here to Zimbabwe beginning this week.

A young Smith, later to write his name in the history books as one of cricket’s greatest captains of all time and his country’s youngest skipper in history, led South Africa’s second-string team on its visit here in January 2003, with the burly opening batsman giving the Zimbabwean public a glimpse of what the rest of the cricketing world would witness in awe for the next 11 years.

That South Africa “A” tour 18 years ago came on the wave of cricket euphoria in this part of the world. South Africa was just a month away from hosting the 2003 World Cup, with both Zimbabwe and Kenya also staging some matches during the historic tournament in cameo co-host roles.

Interestingly, Smith, days before his 22nd birthday when he skippered SA “A’’ here, would replace Shaun Pollock as South Africa’s captain after the World Cup, despite being initially omitted from the Proteas squad for that 2003 jamboree.

The prolific opener, who had played a couple of Tests and ODIs before that lofty elevation, was however added to the squad as replacement due to an injury to Jonty Rhodes.

The South African second side on that tour represented the future of the Proteas, and one other notable member of that squad was the batsman Ashwell Prince, later to become the first non-white person to captain his country in any format of the game.

Some of the players on the tour had already been capped in a small way by the Proteas before coming here, but the trip to Zimbabwe was a stepping stone to more regular international careers, as was the case in guys like Jacques Rudolph and Neil McKenzie.

The hosts, one the other hand, fielded nearly its entire squad set to feature in the World Cup, a full-strength side from this country disguised as Zimbabwe “A”.

One game I remember vividly was one 50-over tie the hosts won by five wickets after successfully chasing down the total of 240 all-out by the “Young Proteas.”

It was more so because of the attacking stroke-play of the young left-hander Smith, who got the visitors off to a flier with 63 runs of 67 balls, smashing nine boundaries on his way.

Alongside college mates, still unable to access ground media facilities as non-professional, we witnessed from the Castle Corner on a Saturday afternoon as Smith took a particular liking to no less acclaimed internationals like Heath Streak and Henry Olonga, then Zimbabwe’s premier bowlers.

But top-scoring for SA “A” on the day was Ashwell Prince, with 72, a 25-year-old number four batsman from Port Elizabeth who had few seasons earlier taken his domestic career to Western Province to showcase his abilities in a more established set-up.

On that day, 18 years ago, Prince batted particularly elegantly on the off-side, with Zimbabwe pacers Guy Whittall and Douglas Hondo being made to toil as they struggled to extract steam on the Harare Sports Club wicket.

Then, of course, we saw the winning innings, as belligerent Grant Flower came in at three to settle matters for the Zimbabweans with a 99-ball century of 107 that had 10 fours and a six flying all over the place.

It was one of those numerous innings of genius by Grant outside international cricket but then there was another special knock, of 56, by somebody I had grown up following since schoolboy days because we happen to belong to the same era.

Tatenda Taibu has rubbed some people in Zimbabwean cricket administration the wrong way over the years, due to frankness in speaking up for the truth.

But for me, the little 19-year-old I watched in 2003 counter-attacking with gusto against the likes of recognised South Africa pacemen Andre Nel and Alan Dawson, was enough proof of the talents of one of my favourite cricketers from this country and from thereon I hardly was disappointed by the application and professionalism of this diminutive wicketkeeper-batsman.

SA “A” have toured here a couple more time since 2003, but this particular tour beginning this Friday, sends memories flooding back on a wave of euphoria because Cricket South Africa (CSA), as 18 years ago, is not taking the matches lightly.

In a sporting world thrown into uncertainty by Covid-19, every tour count, and every match matter as the next generation of cricketers put up hands for selectors to take notice.

The squad that has toured is not entirely made up of rookies.

When you see Proteas regulars like Andile Phehlukwayo, Dwaine Pretorius, Janneman Malan and Reeza Hendricks being selected on such trips, you know that one of the world’s best cricketing-playing nations means business about the future.
Zimbabwe ought to take a cue.

Zim’s all-weather friends from across the Atlantic

Brandon Mandivenga: ‘You should set the example’ as team captain