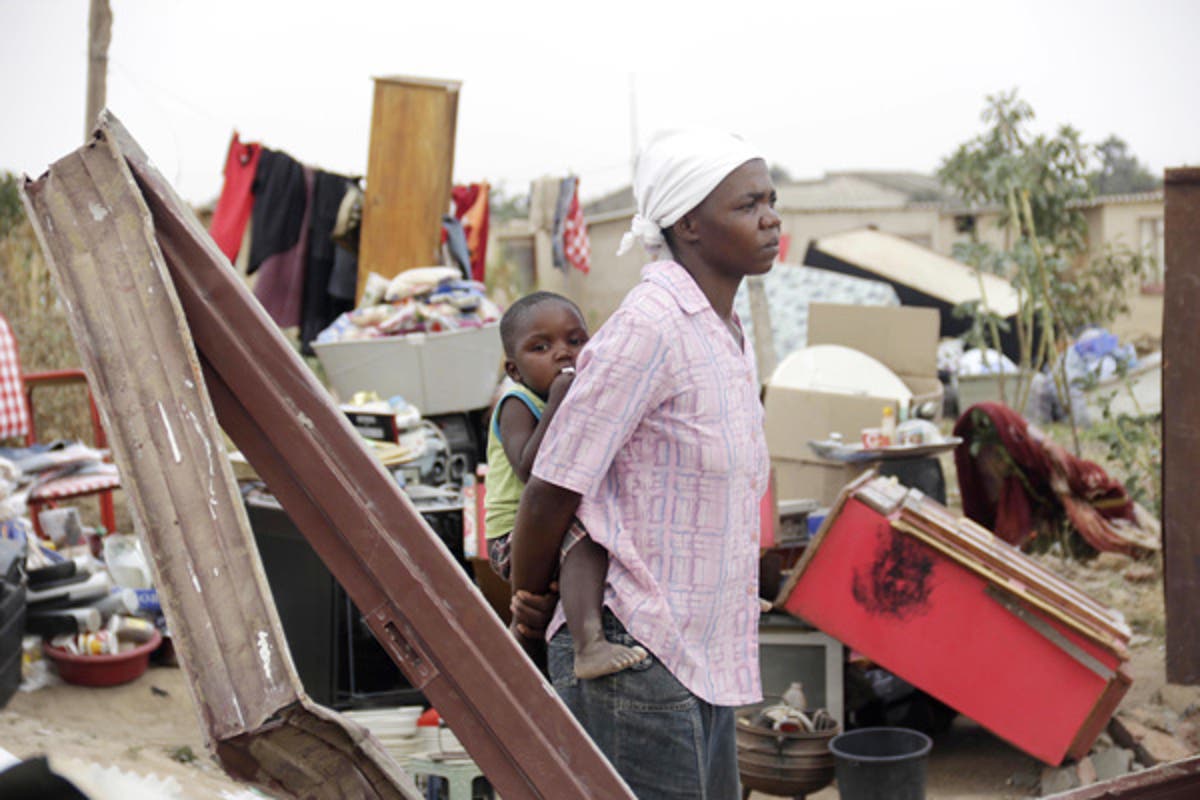 HUNDREDS of families in Harare were left stranded this week after 190 houses were demolished in Budiriro suburb.
It was a callous act — executed in the middle of the rainy season amid a Covid-19 pandemic — and this explains why neither the Harare City Council and central government are willing to claim responsibility for the mindless destruction.
The MDC Alliance and Zanu PF have found yet another opportunity to play political football at the expense of long-suffering citizens. Ordinary hard-working Zimbabweans are the biggest losers, yet again.
The chaotic parcelling out of housing land in Harare has its roots in Zanu PF’s loss of political control over urban areas in 2000. Humiliated by the loss of political influence in cities and towns, the party resorted to a tactic that has kept it in power for decades: the use of a combination of patronage, corruption and coercion to assert political control.
For 20 years now, the capital city has been an opposition stronghold. A wounded Zanu PF has not given up and is always plotting on how best to dismantle the opposition’s influence. Harare, as a result, has become a heavily contested political arena. The fight for the control of Harare has rendered the public administration dysfunctional in the eyes of ordinary citizens.
We have witnessed these demolitions countless times.
How do councillors expect to be taken seriously by the public when they resort to ridiculous arguments in a clumsy bid to distance themselves from the carnage of homeless people’s shattered dreams? The High Court papers — including notices of ejectment — clearly cite Harare City Council as the plaintiff while the scandal-ridden housing co-operatives are stated as defendants. Public officials must desist from this mindless politicking.
The Sheriff is legally empowered to demolish a house seven days after a court order is granted. Interestingly, careful scrutiny of the court documents shows that, in one instance, an order was granted more than a year ago — yet the demolitions are being carried out now. If the city council no longer wanted the destruction of houses to proceed, surely it would have approached the court during the 14 months since the demolition order was granted.
Hopefully, the citizens of this country have been reminded by these demolitions that it is the height of naivete to believe that politicians really care about the lives of ordinary people. We have witnessed how some officials in central government have gleefully sought to use this tragic violation of human rights as an opportune moment to score cheap political points. By brazenly gloating about the demolitions, they send a spine-chilling message to the wretched masses: Your poverty-stricken lives mean nothing to the elites.
Stranded infants, women, the disabled and the elderly are forced to spend the night in the rain. You would expect such a dire crisis to jolt the public officials into action — instead, they resort to a pointless blame game.
JoAnne McGregor, a professor of human geography at Sussex University and Kudzai Chatiza, director of the Harare-based Development Governance Institute, recently released findings of a study titled Geographies of Urban Dominance: The Politics of Harare’s Periphery.
They found that in opposition-supporting cities, where the ruling party has failed to dominate overall, it can nonetheless control certain spaces — in the Harare case, pieces of land, new settlements and central markets.
It is clear that Harare’s chaotic housing scene — which has seen desperate home-seekers falling prey to corrupt land barons — is the logical outcome of the governance failings of both Zanu PF and the MDC. Citizens must learn from this episode.

Intolerance has no room in journalism