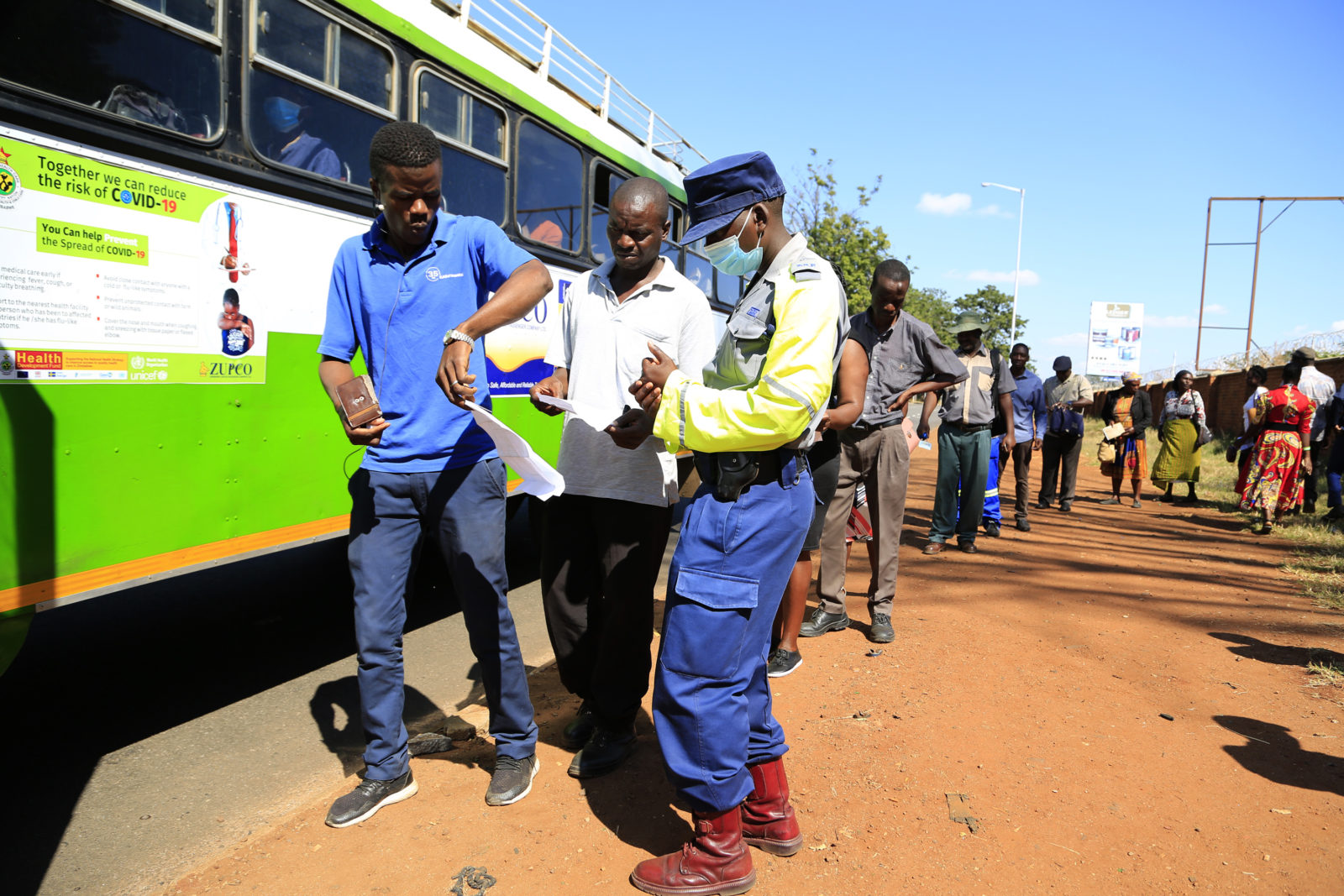 AS passengers jostle to board a commuter omnibus at Rezende Bus Terminus in central Harare, one of the touts frantically whistles and the driver takes off at high speed.

The whistle was a signal that police officers were approaching. After a few minutes, the omnibus comes back and starts loading passengers again. The police officers had made a brief stop before moving to another part of town.

As the touts shout “Epworth-Overspill!” their eyes are constantly scanning the urban jungle for signs of danger; the danger being police officers and City of Harare officers enforcing the ban on commuter omnibus in line with Covid-19 restrictions.

Some daring omnibus operators are, however, taking a risk and have continued operating since the ban which came into effect on 30 March last year.

“If we don’t take the risk, we will die of hunger,” Michael Padare of Warren Park said.

“We can’t listen to them because they do not understand hunger, so we are prepared for running battles. That’s it.”

The tout stationed by the omnibus door inspects everyone trying to come on board, carefully vetting them in case they are undercover police officers. A number of people who are either clean shaven or who are deemed to be looking like police officers are turned away.

This has become the life of many kombi operators trying to operate through clandestine means since last year. Cat-and-mouse games with the police are common.

Tapiwa Makore (27) a kombi driver told The NewsHawks that he never stopped operating since the ban came into effect.

“After the announcement, I had to find ways of continuing to operate because this is my life,” he said.

“Since my boss did not register the kombi with Zupco, I could not just sit at home, so at first we took routes that did not have much police presence,” he said.

Makore, who has been in the transport business for six years, said they now ferry people everyday from Harare’s central business district to the Overspill area in Epworth and vice-vesa.

“l am now comfortable with this route because that is where l stay. This is also helping me to take care of my family because I get something at the end of the day, unlike being at home,” Makore said.

Despite the risks, Makore said he will continue operating.

“Operating in the CBD needs one to be watchful because you never know when the officers will show up because they only want Zupco buses or commuter omnibuses registered with Zupco to operate.”

Junior Nyabadza (35), who was once a kombi driver, said he had resorted to digging wells to fend for his family. The father of two minor children said life was better for him before the ban, as he would get paid weekly.

“All I can say is when I was a kombi driver, I managed to cater for my family very well than now because I dig wells here and there. You don’t get that sort of job daily, so income is hard to come by,” he said in an interview at his home in Budiriro suburb.

Life is full of risks and the injury on his heavily-bandaged leg, as well as the limp, are testimony to the dangers that always lurk a moment away.

It has been a month since his injury and he has not been able to work since then.

“I left home early in the morning as usual with my two colleagues after we had been called to dig a well somewhere. When it was lunch time, I was called out to eat and, in the process of coming out from the well, I stepped on a brick and it broke, forcing me to fall back into the well and my leg got injured.”

He said in the meantime his wife is fending for the family alone through menial jobs in the community. Some relatives have also been assisting.

Nyabadza said he will continue digging wells when he recovers.

“I do not have a choice, otherwise I will starve. As a man I have to provide for my family and digging wells is the only option that I have, unless they bring back private kombis to operate again,” Nyabadza said.

The banning of commuter omnibuses has aggravated transport woes for commuters, given that the state-owned Zupco is failing to service all commuter routes. Huge crowds are the order of the day, especially during peak hours.

Commuters are spending hours at crowded pick-up points, exposing them to Covid-19 infections, although the ban on commuter omnibuses was ironically introduced to stem new infections.

Open trucks have become popular among commuters, while “go fasters”, which are pirate taxis, also referred to as mushikashikas, have also increased their presence to take advantage of the transport blues. The illegal taxis are always on the run from the police, placing passengers at risk.

Commuter omnibuses which have stubbornly remained on the road have resorted to using cardboard boxes, plastics papers and wooden boards in place of windows, which are routinely smashed by police officers as they enforce the ban.

Some innocent commuters have been injured in the cat-and-mouse games. In some instances, omnibuses have been involved in accidents while fleeing from the police.

“We have managed several times to talk to relevant authorities so that kombis start to operate again. We talked to Local Government officials, telling them that we do not see the reason why we should not be allowed to operate. We even engaged the ministry of Finance, telling them that the ban on kombis causes revenue loss for tollgates, route authority and operator’s licences and so on,” he said.

Maguramhinga said bringing back kombis will create employment for the youths and reduce the overcrowding at terminuses, thereby limiting the spread of Covid-19.

“Being jobless after the ban, some kombi operators are now into drugs, and doing illegal and corrupt activities.”
He said some commuter omnibus operators have not franchised with Zupco because of contractual disagreements. Sticking points include the amounts paid to transporters and the payment modalities.

The national coordinator of Passengers Association of Zimbabwe (PSZ), Tafadzwa Goliati, said the transport system must have many franchises.

“As PAZ, we are against the centralisation of the transport sector, especially in urban areas. We need more players in this sector. People must have a choice when it comes to transport,” he said.

But for now the government is holding firm on its decision to stop private commuter omnibuses from operating.

Matongo: A triumph of diversity