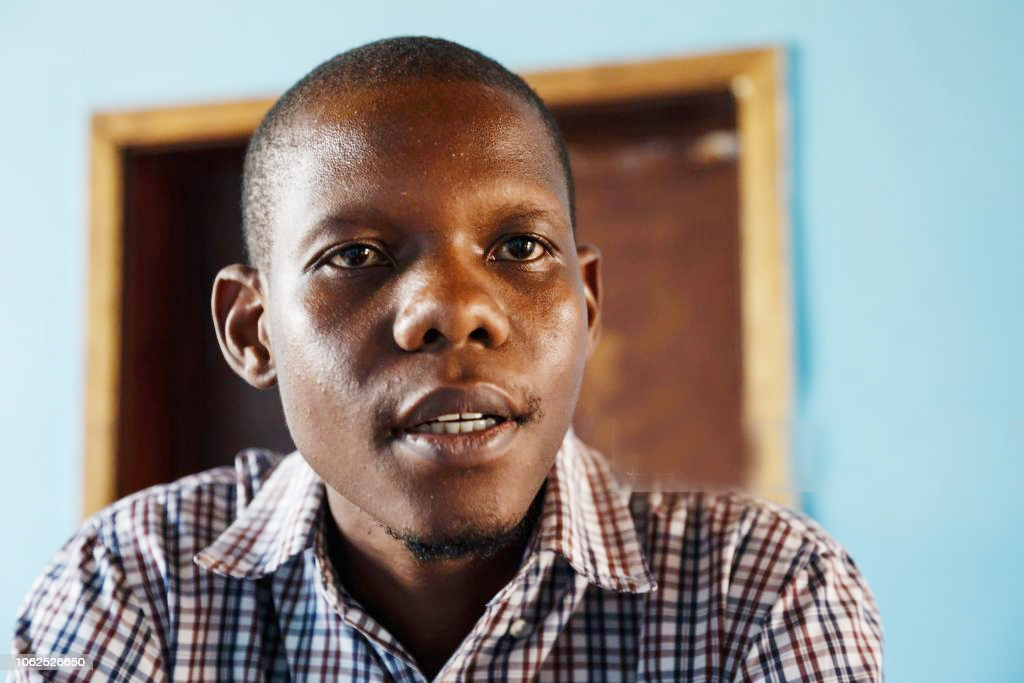 Norman Matara, a medical doctor and board member for the advocacy group Zimbabwe Association of Doctors for Human Rights speaks to AFP on the current state of the health delivery system in Zimbabwe, on November 9 2018. - Zimbabwe's now worsening economic crisis has pushed prices up and the medicine is far beyond her reach -- just one aspect of the country's deepening troubles that have triggered shortages in everything from bread to fuel. (Photo by Jekesai NJIKIZANA / AFP) (Photo credit should read JEKESAI NJIKIZANA/AFP via Getty Images)

ZIMBABWE has been experiencing a decline in Covid-19 deaths and new cases of infection. In an effort to limit the spread of the disease, the authorities in Harare have announced several measures such as curfews, banning inter-city travel, rolling out vaccines, among others.

Critics say in the process of tackling Covid-19, the government has violated human rights. In a wide-ranging interview, The NewsHawks Digital Editor Bernard Mpofu (BM) spoke to Dr Norman Matara (NM, pictured ), the secretary-general of the Zimbabwe Association of Doctors for Human Rights on whether or not the mandatory vaccination of health workers is justified. Below are excerpts of the interview:

BM: Covid-19 cases have over the past few days declined. Does this signal an end to the third wave and what may happen next?

NM: We have been witnessing that the cases have been going down as reported by the ministry of Health and Child Care. We actually believe that we have sort of reached our peak and it’s actually slowing down. We are still recording quite a high number of cases though. Hopefully we will reach the tail of the peak very soon.

BM: Your organisation advocates human rights. How accessible have been health services during the current lockdown?

NM: Well, I think there has been somewhat an improvement in terms of access to healthcare, especially at public hospitals. If you compare the second wave in January and the third wave, which we are witnessing right now, there has been a bit of improvement in terms of access, especially when cases were not as high as they were in the past three weeks.

After the second wave, there were some improvements in terms of Covid units. We saw that the government actually went on to open Covid units, especially at provincial hospitals out there.

So there was a bit of improvement in terms of access. But as the number of cases continued to increase, we then witnessed that the system was actually being overwhelmed and bed capacity was reached to full capacity and some people were now having challenges in accessing healthcare for their relatives and their patients.

But overall, we see there was a bit of improvement compared to the second wave, although we still need to invest more in terms of making sure that there is improved access to healthcare, especially in the districts.

We now need to move to the district hospitals to ensure that they have up-to-standard Covid units, so that patients to do not travel to provincial and central hospitals to seek access to things such as oxygen.

BM: When Zimbabwe first reported its first case of Covid-19 last year, your organisation reported that there was a shortage in personal protective equipment (PPE), among other essentials required in fighting the disease. Has this improved since then?

NM: Definitely, the issue of PPE was something that was a major issue, especially last year. This has somewhat improved again.

We see that PPEs are now available in hospitals. I think that the situation has greatly improved. I think there was a bit of prioritisation in terms of PPEs. We have heard many reports of hospitals working without PPEs from our members compared to the reports that we were receiving last year.

BM: Closely linked to that, when you issued your periodic reports, you also reported on human violations, in which it was noted that members of the security services were the main perpetrators. How do you see the situation now?

NM: We are still receiving reports of people who are assaulted by security forces for allegedly breaching either Covid-19 regulations or lockdown regulations. So there is still some form of violence taking place, especially for those who have allegedly broken the law.

So as the Zimbabwe Association of Doctors for Human Rights, we continue to call on the government to respects the rights of those who would have broken the law. They need to be arrested and have due process followed rather than having people being assaulted by security personnel.

So, I think that on that front, we are still having a challenge. We see that some rights like access to information on Covid-19; access to health care have improved.

You would notice that last year we had problems with access to health for other conditions — the major public hospitals were operating on what we call emergency mode, where people were actually dealing with Covid and all other healthcare was not proritised.

Outpatients departments had to be closed and theatres were closed too. But right now, the situation has improved.

BM: In July, the government announced that it would withdraw Covid-19 allowances for frontline workers who have not been vaccinated. What is your comment on this, given that the vaccination programme should be voluntary?

NM: That ultimatum from government is sort of a very fluid or tricky situation that we find ourselves in. We believe that things like vaccinations need not to be mandatory.

We need to teach people so that they voluntarily get vaccinated. But you also see that health workers on the frontline, they work with very sick people and the chances of spreading the disease, especially to diabetic patients.

So I think that it is government’s duty and responsibility to ensure that while we are serving the population during the pandemic, we as health workers we do not become a threat to the patients we serve as well. I think that from February, when we started our vaccination process, the health workers and other frontline workers were actually prioritised without being forced to take the vaccines.

But you see that there is some form of resistance from the health workers, the vaccination of frontline workers has been very slow and I think the government has been patient for quite a bit, but we cannot keep on exposing our patients. I think that is why government has taken such a stance. I think that for health workers it is a priority that they get vaccinated because they might become a danger to their patients.

And you also see that it is not only Zimbabwe that has taken such a stance. Many other countries are doing that and we think, although we may not support mandatory vaccinations, we think that the government may be justified in trying to push for health workers to get vaccinated.

BM: While Zimbabwe is recording a slowdown in new cases, elsewhere we are seeing reports of the Delta-plus variant and possibly a fourth wave. What can Zimbabwe learn from such developments?

NM: We find ourselves in difficult times with Covid-19 at the moment. We had a wave in January and we had another wave in June/July.

We are mostly likely to see another wave because of the variants that we are witnessing, so we would want to advise the general public continue to play their part as we watch the government and health workers play their part. It is also our part to be responsible.