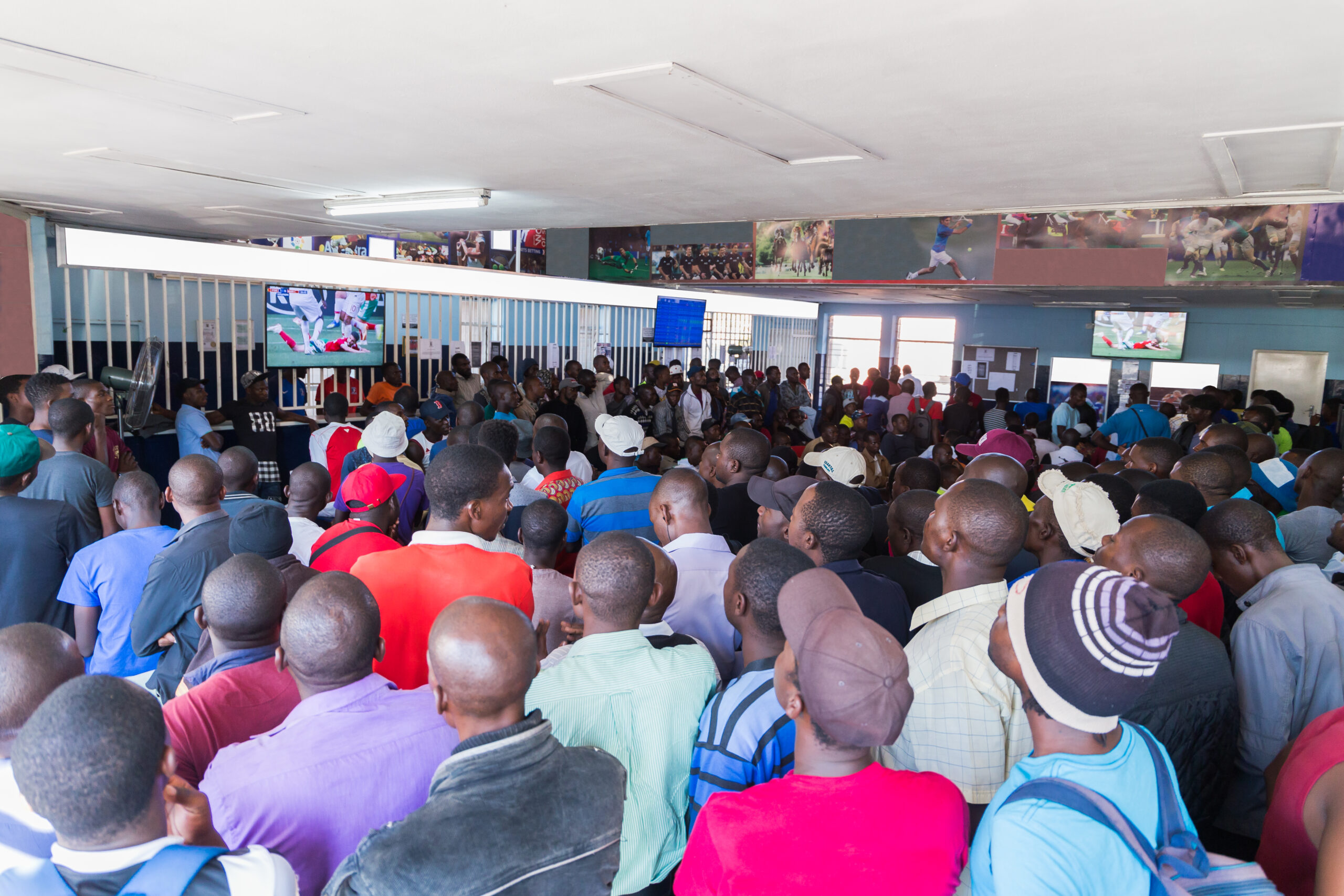 Punters packed inside a betting shop in Harare.

THE betting craze that has hit global sport over the past decade has reached a peak at the ongoing football World Cup, and Zimbabwean punters have not been left out.

Betting outlets throughout the country are packed to the rafters with hundreds of punters placing their bets on the different matches – some winning big and others not so lucky.

Sport betting is a game between the betting companies – known as bookmakers – and the punters.

Simply put, the bookmakers do not want to you to win, that is how they make money.

Understandably, most bookmakers were reluctant to divulge figures when queried for this story, because as we have established, this World Cup has not been a particularly happy one because generally punters have been making bold predictions and pocketing good money at the expensive of the betting companies.

“Guys have been winning, and this World Cup has seen us bookies record huge losses,” said a senior manager with one of the leading betting companies in Zimbabwe.

“It’s unbelievable the kind of games that people have been placing bets on and getting it right. Believe me or not, we paid lots of payouts to winners who had predicted Argentina’s defeat to Saudi Arabia. I mean, it’s crazy!”

Another manager with a different company however said they have been registering losses and wins in equal measure.

“It’s been a mixed bag of results,” he said.

“There have been a few upsets in which punters lost big or won big as a result of betting on the outliers. Generally the World Cup has been good for us as bookmakers as there is almost always an increased interest whenever the World Cup and international events like this occur.”

Asked how much exactly has been won and lost, he replied: “I do not have access to those types of figures, and you will be hard-pressed to find a bookmaker who will release their actual numbers to the public like that.”-STAFF WRITER