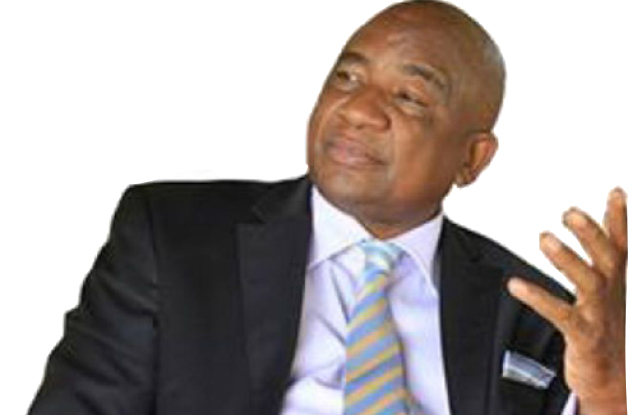 FEW Zimbabwean football fans were not pleased to see the back of Phillip Chiyangwa (pictured).

Quite frankly, the rabble-rouser from Zimbabwe, who came to global prominence for engineering Issa Hayatou’s celebrated downfall, wasn’t himself everyone’s cup of tea.

As he began to feel more comfortable in his position as Zimbabwe Football Association (Zifa) president, Chiyangwa’s increasingly combative leadership style started to rub a great many people the wrong way.

Days before the key Zifa elections of nearly three years ago, we heard that a dark horse in the race, one Felton Kamambo, had done his groundwork and was poised to knock Chiyangwa off his perch at the ballot box.

Felton who? Well, Kamambo had previously been part of the Zifa board led by Chiyangwa and he, in fact, held considerable clout of his own in the circles.

For me at that time, I felt as though that Kamambo was not quite the right person, all the more so because I had been hugely impressed by the likes of Nigel Munyati and Trevor Carelse-Juul, who in previous elections had unsuccessfully tried to take control of Zifa. Perhaps disillusioned by the previous defeats, both men did not return for another bite of the cherry in the December 2018 vote.

But the stunning victory of Kamambo – never the ideal replacement – was enveloped in the “Chiyangwa Must Go” chorus. Critics of the controversial businessman-cum-politician celebrated his defeat fervently and brushed aside the small matter of the untested new broom at 53 Livingstone Avenue.

Be careful what you wish for!

Even if one wanted to give the benefit of the doubt, Kamambo was not in the mood to prove how unworthy of it he was.

The first cardinal sin was to remove a gifted local coach, who had collected four points in the opening two Africa Cup of Nations qualifiers – including a famous away win against mighty Zambia – and replacing him with a no-hoper from Croatia fresh from being fired by Sudan, of all footballing countries.

But that does not beat presiding over the ban of your premier venue for national teams, twice in a space of nearly two years, simply because you refuse to perform the minimum requirements requested for the stadium to meet basic standards that have long been embraced by all and sundry across the continent.

The award for shaming your own country this year belongs to Zifa.

The excuse coming from our football association is that the National Sports Stadium is government property, and the government is responsible for any renovation that must take place.

True, but what a pathetically convenient excuse from Zifa. Whoever campaigns to be in a position of power at a national football federation surely must be aware of the statutes governing the game and the fact that I am writing here about not having a stadium for our national team is further proof that we have opportunists administering our sports in this country.

Zifa has used that stadium since its construction back in 1986. Anyone entrusted with control of the association must know what ought to be done, and the buck stops right at their doorstep.

And please, do not tell me about the government. My lack of faith in this lot does not change the slightest bit because the Sports minister of the country is Africa’s greatest Olympian.

I say this without pulling punches because, in all honesty, like everybody else involved in this collective shame, she also deserves a fair amount of flak.

No Chevrons at T20 World Cup, but some Zim influence