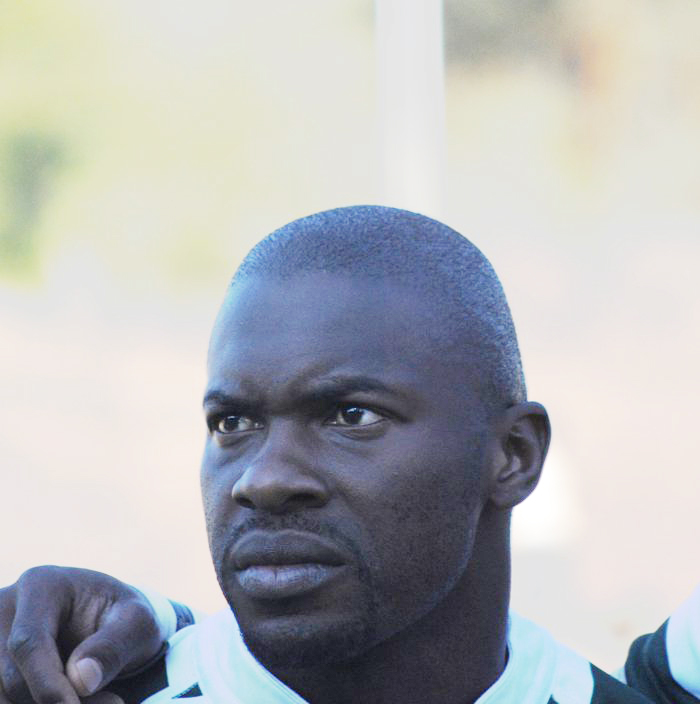 IN this most spirited quest by Zimbabwe to return to the Rugby World Cup for the first time in three decades, we will, from time to time, feature stories of previous qualification campaigns since the Sables were the only African team at the first two editions of the tournament in 1987 and 1991.

A chat this week with Cleopas Makotose (pictured)– the former Zimbabwe utility-back and one of the youngest men in history to captain his country in this sport – took us back to June 2005 when a vastly weakened Sables side clashed with Senegal in a 2007 World Cup qualifier at Prince Edward (PE) School in Harare.

Depleted as Zimbabwe were, it became clear that their West African opponents, even with a full complement of their best players from the lower divisions of French rugby, had not arrived in Harare fancying their chances of an upset against one of Africa’s best rugby-playing nations.

So, the Senegalese tourists probably decided that the trip could actually be more worthwhile if they rather had a bit of fun out on the park. The consequences, as it turned out, did not really matter to them.  Physically heavier than their technically superior Zimbabwean hosts, what would be the best idea of enjoyment under the southern African winter sun?

An all-out brawl, instead of a proper Test rugby match, would do – the Senegalese probably made up their minds in the pre-match huddle.

“That game was something else!” recalls Makotose, Zimbabwe’s fullback that afternoon at PE, later to be named Sables skipper the following year at the age of 23.

The Senegalese, much as they had decided to tear up the rulebook in Harare for their amusement, definitely knew something about rugby though. Traditionally in their case as well as fellow Francophone nation Cote d’Ivoire, their better players are either born or bred in France, raised on a strong diet of rugby.

So according to Makotose, the men from Senegal took to the field at PE 16 years ago determined to mentally unsettle Zimbabwe’s young and brilliant debutant flyhalf, David Cloete, who was just out of his teens at the time.

A couple of years earlier, the sure-footed Cloete had been a dazzling schoolboy rugby wonderkid and talisman of a Peterhouse College team captained by no less a player than Tendai “Beast” Mtawarira, a legend of the world game in later times and a 2019 World Cup-winner with South Africa.

“The Senegalese kept giving Cloete chirp shots (taunts), apa (yet) he was our star player,” says Makotose. “Until the crowd got fed up because the big number eight from Senegal kept provoking the crowd. Someone from the crowd hit him with a plate on the forehead, and the eighth-man threw the pitch-side advertising board at the fans (…laughs)! He was strong though!”

The ensuing scuffle with a bunch of Zimbabwean fans occupying a corner of Prince Edward’s hallowed Jubilee Field – a stunning free-for-all between players and spectators – caused the abandonment of the match with the hosts comfortably winning 21-08 with just under five minutes remaining, and Cloete scoring all points for the Sables with his magic boot.

That was not the only violent incident during the Test that has remained in Makotose’s memory.

“They were not rugby players those guys, because they were just hitting us the whole game,” quips Makotose.

“If I’m not mistaken, (Zimbabwe prop Alfred) Sairai was on the bench and when he ran and got to his first scrum, he ran off on a blood bin from a blow. All this happened in a space of less than two minutes. That situation was violent. A cop also got a blow from one of the players. If I’m not mistaken, one or two of them were involved in a doping scandal later.”

In the melee, the Senegal eighth-man, who was more aggressive than his teammates, was handcuffed by police and taken away, alongside some Zimbabwe fans.

Zimbabwe, as has been the case since the 1991 edition, did not qualify for the 2007 World Cup in France. Namibia clinched Africa’s only qualification slot, as they have done between 1999 and the most recent tournament in 2019.

But for Makotose, who retired without playing in the World Cup and now runs an academy in Bulawayo, the punches thrown by the Senegalese that afternoon belong to a distant past now, so much that he sees the funny side of it 16 years later.

“It’s best we have a laugh about it now because to date I’m sure they are now more professional (…laughs),” he says. “Because that day they battered us. But our fans really stood by their team that day.”

How Covid-19 has exposed heartlessness and ineptness