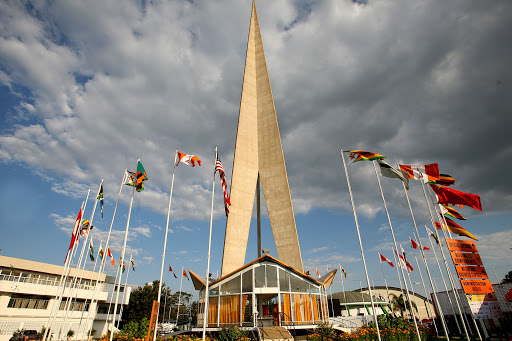 A TOTAL of 514 exhibitors have so far booked their space ahead of the Zimbabwe International Trade Fair (ZITF) scheduled for next week in Bulawayo, with Britain making a comeback after a long period of non-participation.

The event will be held from 26 to 30 April under the theme: “Rethink, Reimagine, and Reinvent Value Chains for Economic Development.”

Kenyan President Uhuru Kenyatta will be the guest of honour at the official opening ceremony scheduled for Friday the 29th of April.

“We are excited by the pace of preparations. Currently, as I speak, the Zimbabwe International Exhibition Centre is a construction site with various exhibitors within the halls and pavilions making sure that their exhibition spaces are adequately prepared for next week,” he said.

“In terms of current bookings, we are standing at 514 exhibitors who have expressed interest in participating and they have taken about 45 203 square  metres of the exhibition space, which represents 93% of the space that we have made available for sale.”

Ndebele said the international trade showcase was oversubscribed, with organisers erecting a marquee that will accommodate close to 60 exhibitors, which will take up about 540 square metres.

“So in terms of foreign participation, we are currently at 14 countries. These are Malawi, Japan, Mozambique, Namibia, Indonesia, Zambia, Angola, South Africa, Belarus, Ethiopia, Kenya, Britain, Tanzania and Botswana,” he said.

“We expect the number of foreign participants to increase as we are still concluding some confirmation with some that have expressed interest as recently as yesterday (Tuesday). So that number should be changing,” Ndebele said.

He said Belarus, which has taken interest in the country’s mining, transport and energy sectors, would bring eight companies to showcase machinery and equipment for agriculture, mining, transportation and engineering.

Ndebele said Britain will be represented by its embassy in Zimbabwe.

Britain, together with other Western countries, imposed sanctions on Zimbabwe in 2002 in protest at human rights abuses and violations of democracy under Robert Mugabe administration.

One of the key highlights of the expo this year will be the “Connect Africa Symposium” scheduled for 28 April where President Emmerson Mnangagwa will deliver the keynote address.

The ZITF International Business Conference will be held on 27 April and Vice-President Constantino Chiwenga will give the keynote address and officially open the gathering.

Another key highlight will be the ZITF Diplomats Forum scheduled for 28 April, which is a platform for business and diplomatic exchanges.

This year’s ZITF will also have platforms targeted at the youth to discuss topics such as education and innovation.