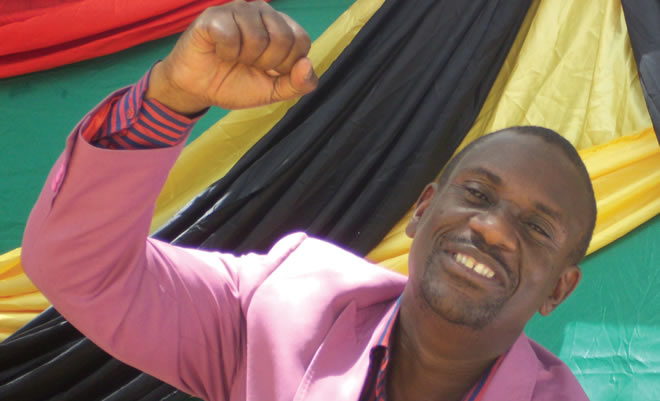 A BATTLE for the post of Zanu PF Midlands provincial chairperson has ensued with party stalwarts already engaging in underground campaigns despite an official directive that members should desist from jostling for provincial positions, The NewsHawks can report.

The quest to lead the province has resulted in smear campaigns and mudslinging, particularly on social media platforms.

Party members, especially youths in the province, have formed WhatsApp groups with the main campaign focusing on Mudha Ncube as the preferred candidate.

Campaign messages such as “Midlands chairman Mbunhlo, Touchbomber (Ncube’s nicknames) pfeee” (clinching the post) are the order of the day on social media platforms.

Those against Mckenzie Ncube claim he is being given money by G40 elements to tilt the provincial vote to their (G40) candidates’ favour.

Although he would neither confirm nor deny his interest in retaining the post, Mckenzie Ncube said the smear campaign that had been adopted by some party members was mischievous and foreign to Zanu PF political culture.

“It’s malicious actually. The strategy they have adopted is alien to the Midlands province.

“Surely anyone with good intentions should campaign on a progressive platform, not on an aggressive smear campaign,” he told The NewsHawks.

When asked if he was contesting for the top provincial post, Mudha Ncube simply answered “no”.

A follow-up by The NewsHawks on Zanu PF Midlands activists’ WhatsApp groups showed that he is being addressed as “Midlands chair”, to which he has responded by posting laughing emojis.

Those close to the political battle say Samambwa, who is also Zanu PF Zhombe legislator, contemplated contesting for the top post since he no longer qualifies to be youth leader due to his age. He is now in his mid-40s.

Nyathi, who is also the ruling party’s MP for Shurugwi, did not respond to questions sent to him.

Zanu PF provincial spokesperson Cornelius Mupereri also did not respond.
But party secretary for adminstration Obert Mpofu last week warned members against jostling for provincial positions, saying they should wait for “guidelines on the selection process”.

Mpofu said those already canvassing for votes were bent on dividing the party, pointing out that the process was a restructuring exercise and not a programme for campaigning.

As of last week, the ruling party had completed setting up cell structures but is yet to complete re-organising the branch structures.