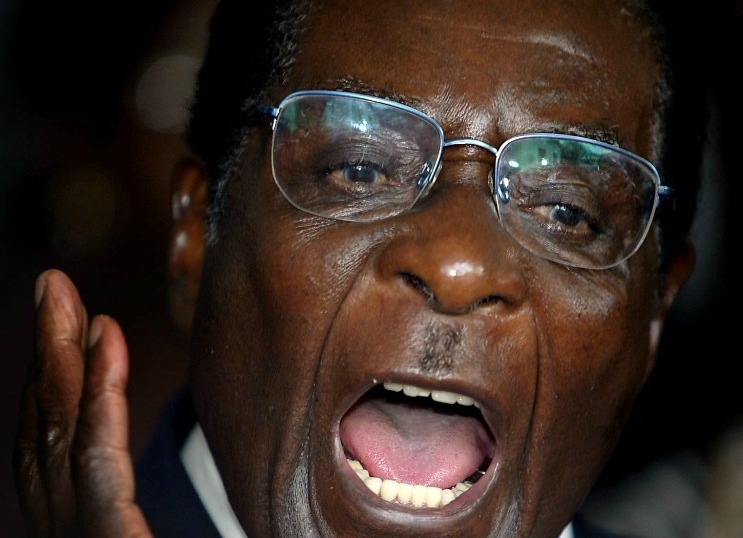 TWO years after the death of former president Robert Mugabe, there remains no consensus regarding his legacy, with conflicting perceptions of the liberator-turned-despot dominating debate whenever his name is mentioned.

Mugabe, Zimbabwe’s long-time ruler who was ousted in a military coup in 2017 by his mentee President Emmerson Mnangagwa, still evokes different emotions, two years after his demise in Singapore.

What is not in doubt is that the former guerrilla leader, who ruled Zimbabwe with an iron fist from 1980 until his dramatic ouster, left a country described by founding Tanzanian president Julius Nyerere as a jewel in ruin.

Thereafter his legacy is conflicted.

On one hand, he is hailed as a peerless liberator, a leader who stood firm against white domination and a champion who empowered his people through the land reform programme. Many of his admirers agree that the economy was on its knees when he was ousted but blame Western sanctions for the economic collapse.

Others view him as a despot whose iron-fisted rule was tainted by bloodshed.

An enigma, in life and death, whose name will forever be etched in Zimbabwe’s history, Mugabe continues to dominate debate in private spaces. Interred in a courtyard at his rural Zvimba home 85 kilometres out of Harare, between two palm trees, Mugabe chose a private funeral, a paradoxical shift from his 37-year-old rule.

Although there has been a concerted effort to erase his legacy in the public media and mainstream political arena, his status as a stateman is undeniable.

Debate is now gradually shifting to a comparison with his successor, Mnangagwa who has somewhat continued to tread the ruinous path of Zimbabwe’s founding leader, despite promising a new course.

When Mugabe left power, many thought any leader would do better than him, but this has not been the case with Mnangagwa, who, in many people’s eyes, makes Mugabe appear like a remarkably better leader.

Promising to set the path on a growth trajectory marked by the respect of human and property rights and zero tolerance towards corruption, many believed Zimbabwe was on the brink of a new dawn.

When Mnangagwa took power, in what was dubbed Operation Restore Legacy, he promised to deal with corruption and set the country on a path to growth.

Despite widespread international goodwill, Mnangagwa, like Mugabe, has squandered all benevolence by Zimbabwe’s erstwhile partners.

Mnangagwa has also failed to rejuvenate the moribund economy, plunged into ruin by his predecessor.

Public sentiment has somewhat eased over Mugabe, with some quarters wishing he were alive to lead the country.

While Mugabe’s legacy continues to be judged against what his successor has managed to do, analysts say his memory among his peers could be fading, Political analyst Ibbo Mandaza said: “His peers cannot remember him, at least as publicly as they should, because that would expose the extent to which nothing has changed ever since the coup they staged in 2017 – if anything, things have gotten worse, and most Zimbabweans (including many among the peers) agree that Mnangagwa is worse than Mugabe.”

Mandaza argues that the 2017 coup was a power-grabbing charade with no sincere intentions to change the status quo.

“All this, a confirmation that the coup was less about ‘restoring legacy’, than naked power hunger on the part of the perpetrators, including the quest of continuing the looting frenzy,” Mandaza said.

In a statement to mark two years since Mugabe’s death, Mnangagwa described the late leader as a principled man.

“Our inaugural President taught us that right is might, challenging the great powers of the world that espoused the doctrine of might is right. Our late leader would always invoke one of the key tenets of the United Nations Charter which asserts the sovereign equality of nations,” Mnangagwa said.

While Mugabe was hailed by many for standing up to the West, especially during his fiery UN speeches, his country was imploding. Considered by some as a mouthpiece for the developing world, Mugabe remained a hero to nations at loggerheads with the West.

But his speeches on sovereignty  and equality failed to translate to real change on the ground, with Zimbabwe remaining one of the poorest countries in the world, riddled by human rights abuses, grand corruption and hunger.

Political analyst Stephen Chan said Mugabe would be remembered as a leader who was stuck in the colonial era.

“Mugabe will be remembered as someone who never fully understood the requirements of modern times four decades after Independence. It is as if almost half a century had passed him by, and he was still obsessed with the conditions of world politics and world economics in the 1970s and 1980s,” Chan said.

He argued that his memory was fading among his peers, who have somewhat inherited his lack of foresight.

“His peers have by-passed him now, despite obligatory praise on the anniversary of his death. But they too have inherited his lack of technocratic vision for the future. The hopeless debt of the country to others, the lack of modern economic productivity, has meant that the legacy of Mugabe is the country’s being victim of a new neoliberal colonialism — spearheaded ironically by the Chinese to whom Mugabe looked so hopefully under very different past conditions,” he said.

“Just like the national question, which is not linear and monolithic, Robert Gabriel Mugabe represents the contested character of our politics. Mugabe is a symbol of our many national identities which are largely caught up in the webs of polarisation,” Mahomva said.

“He represents the diversity of our nationhood in all its contestations. He is an enigma that will continue to exert its omnipresence in our politics. Mugabe will never die,” he added.

In the book, authors argue against Western-centric and colonial hegemonic anecdotes, describing Mugabe as a despot, hailing his liberation heroics that also include the returning land to the black majority.

While Mugabe’s legacy remains embroiled in contestations, he was as much in life, as he is in death, an enigma whose contribution to Zimbabwe’s history is unmatched.