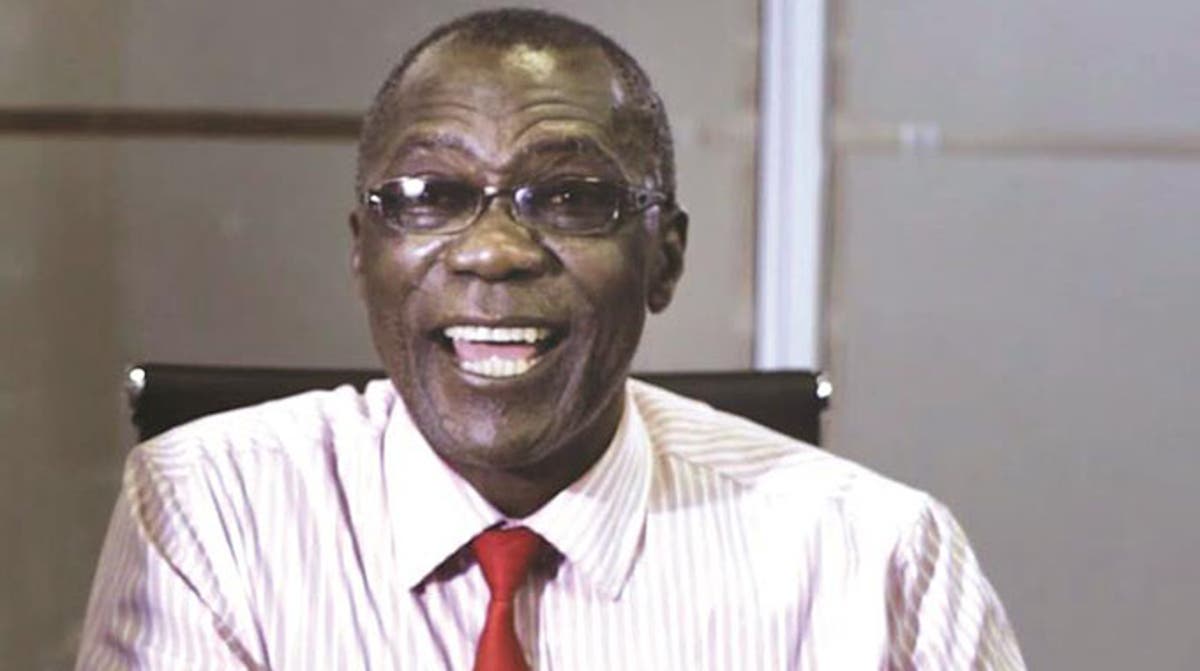 THE year 2020 literally upended the creative sector, impacting artists in many ways. In just a few months, artists were forced to change how they created, marketed and interacted with their audiences.

The high cost of internet access meant only a fraction of the audiences were reached. Some artists grabbed the few opportunities, if any, that were there while others struggled to make ends meet as the world grappled with the “new  normal” brought about by the coronavirus outbreak.

However, Zimbabwe, like the rest of the world, went into quarantine, we lost a number of artists and a lot happened within the industry. Here are some of the highlights of 2020.

Zima makes a welcome return!
The Zimbabwe Music Awards (Zima) bounced back after years of absence with the 2020 edition held at Newlands Country Club in Harare. Newbie gospel singer Mambo Dhuterere led the awards with three nods for Best Newcomer of the Year, Traditional Gospel and Song of the Year.

Enzo Ishall inked a deal with Teemak Promotions which included monthly allowances and upkeep.
The three-year contract was estimated to be hovering around US$100 000, the biggest so far in the music industry, courtesy of Malaysia-based Zimbabwean young businessman and finance expert Teemak who later was accused of fraud.
February

Tytan accuses Olinda of withholding her HIV status
Singer Tytan, real name Njabulo Nkomo, accused his ex-wife Olinda Chapel of trying to infect him with HIV and reiterated that he suffered because of her. In an interview with Rumbidzayi Bvunzawabaya beamed on YouTube, he narrated how he had to seek refuge at a friend’s house after he had been locked out of their home.

Mbirimi dies
Zimbabwe’s veteran actor—Emmanuel Mbirimi—died aged 65.
The celebrated Mbirimi died at Parkview Renal Hospital due to renal failure. His son Tongai Mbidzo Mbirimi confirmed his father had been in and out of hospital for the past year.

The best-ever Namas!
The 19th edition of the National Arts Merit Awards or simply the Namas had a lot to prove this year by delivering one of the best-ever awards shows in recently years. The organisers pulled it off by delivering a great show marked by celebrity guests, performances by Jah Prayzah as well as the awards ceremony. And the hostess Mbo Mahocs effortlessly delivered the show, much to the delight of the audiences.
Highlights included the Lifetime Achievement Award to mbira legend Ambuya Stella Chiweshe and the People’s Award which went to Winky D while Tamy Moyo broke the jinx by winning her first-ever major award for Best Female Musician ahead of firm favourite Janet Manyowa and Ammara Brown

Rachel J spews bile . . . dismisses Mukupe’s accusations as false
Businesswoman and songstress Rachel J opened up for the first time, refuting cheating claims levelled against her by estranged live-in boyfriend and former deputy Finance minister Terrence Mukupe.
Mukupe accused Rachel J of infidelity and that she slept with South African-based flamboyant televangelist Prophet Shepherd, a claim she has since dismissed. She also dismissed as false claims that she was carrying Bushiri’s baby.

April
The lockdown alcohol ban
The Zimbabwe Republic Police announced in April a ban on the sale of alcohol countrywide at bottle stores in the wake of the 21-day Covid-19 lockdown.
However, after imbibers pleaded for a better arrangement, the police and Delta Beverages agreed that supermarkets and registered bottle stores would resume the sale of alcohol during the lockdown.

Radio and television personality Peter Johns dies aged 60
The internationally acclaimed PJ, as he was affectionately known on Radio 3, died in the United Kingdom aged 60 due to heart failure.
Arguably the greatest of all time, Johns was popular not only for his catchy jingles but his flawless and suave delivery behind the decks.

Burna Boy Uhuru celebrations cancelled!
Grammy Award 2020 nominee — Burna Boy — was scheduled to return to the capital Harare for the Independence eve concert.
However, the gig had to be cancelled at the onset of the Covid-19 pandemic.

May
Taking a stand
Zimbabwe’s foremost visual artist—David Chinyama—is among a few creatives participating in the Diaspora-wide exhibition of powerful contemporary voices from Africa, the United States and the Caribbean taking a stand against racism and violence against black people.

A new star is born
The lockdown also produced new artists, and the likes of Van Choga come to mind. His song Pindikiti, streamed live on social media, went viral while his antics on stage became a talking point.

June
Sha Sha makes history at BET Awards 2020 for Zimbabwe
Zimbabwe burst with pride when Sha Sha made history after winning the first-ever BET Award for the country.

The 25-year-old singer won the Viewer’s Choice: Best New International Act award at a virtual ceremony that “celebrated not only its 20th anniversary, but also the increased focus currently on the black community and culture”.

History on Netflix
Cook Off, a Zimbabwean romantic comedy produced by Joe Njagu and Thomas Brickhill, made history by being the first production to be selected for release in May on America’s streaming site Netflix.
Produced two years ago, the nearly two-hour-long romantic film has continued to break boundaries, having previously showcased at a number of international festivals.

Jah Prayzah fires stablemates!
Jah Prayzah disbanded the entire Military Touch Movement following resignations of other key members, the likes of Nutty O and ExQ as well as producer DJ Tamuka, who went on to establish their own music stables.

July
Sandra Ndebele breaks internet
Songstress Sandra Ndebele oozed confidence in new photographs which trended and went viral on social media. Sandy, as she is known on stage, flaunted her plus-size body in figure-hugging outfits showcasing her derierre, much to the delight of her adoring fans.

The Hitman retires
Former top Radio 3 disc jockey Hosea Singende — aka The Hitman — announced the launch of the production of a new line of food seasoning, Cosmic Sumu, at his rural home.
The Hitman rose to fame in the 1990s for his trendy music show on Radio 3, now Power FM, called The Jacking Zone. A short video of him promoting his home-made sauce (sumu), which is prepared using fresh vegetables from his garden, went viral.
Assisted by his wife Prisca, the Hitman hopes to expand the product range beginning 2021.

Seh Calaz dumps wife: ‘I’m not the first or last’
Zim dancehall star Seh Calaz has separated from his wife Moira Knight, saying he was not the first or the last one to divorce.
Calaz and Knight, the daughter of former Radio 2 presenter Eric Knight, have had issues in the past.

New boss for the gallery
Raphael Chikukwa was appointed new National Gallery of Zimbabwe executive director. The 51-year-old Chikukwa, who served as chief curator at the gallery for 10 years, replaced Doreen Sibanda said his wish was to see Zimbabwean art in almost every government office to promote art appreciation.

October
Jah Master kicks fan off stage
Zim dancehall musician Jah Master kicked a fan, Eric Cantona-style, off the stage after the latter jumped onto the stage during his set in Chinhoyi. The incident was captured on video and caused outrage online.

Zim hip-hop poorer without Cal_Vin
Hip-hop artist Cal_Vin whose real name is Calvin Nhliziyo died after he was involved in a hit-and-run accident.
The Zikhupan hit-maker died aged 35 from injuries.

November
Ginimbi, Moana die in car accident
Socialite Genius “Ginimbi” Kadungure died on the spot along Liberation Legacy Way (formely Borrowdale Road) in Harare when his speeding Rolls-Royce collided head-on with a Honda Fit, veered off the road and crashed into a tree before bursting into flames. Ginimbi was with friends Limumba Karim from Malawi, a Mozambican Alicia Adams, and birthday girl, Mitchelle “Moana” Amuli, who were burnt beyond recognition after the doors of his supercar jammed on impact. The four were coming from Moana’s birthday party at Dreams Night Club.

Justice Pisirayi Kwenda found no legal basis to stop the burial according to Muslim religion in line with her father’s wishes.

The burial order designated Warren Hills Cemetery as Moana’s resting place, but the mother insisted that she be buried the Christian way at Zororo Cemetery.

December
Nama 2021 postponed!
National Arts Council of Zimbabwe, the organisers of the annual National Arts Merit Awards, postponed the show to February 2022, raising the ire of the creative industry.

The awards show, which is jointly hosted by the NACZ and Jacaranda Culture and Media Corporation (JCMC) was scheduled for 27 February 27 2021 but, unfortunately, the organisers decided to push the date back to February 2022 without wide consultation with the artists.

There has been a lot in store this year from across the arts spectrum, including literary works, exhibitions, new music and theatre, as artists changed how they operate through the use of social media in marketing and interacting with fans in line with Covid-19 protocols