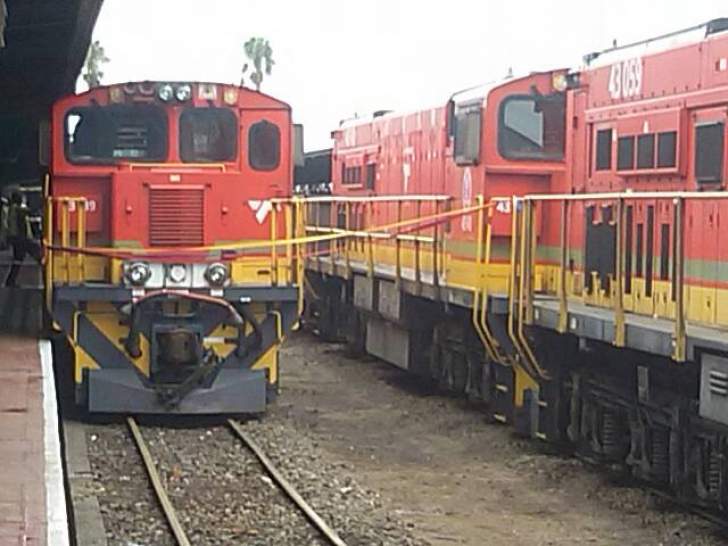 A LOCAL consortium, which was initially awarded a US$400 million contract to turnaround the financially-troubled National Railways of Zimbabwe (NRZ), has moved to block government’s efforts to clandestinely engage potential investors, who had expressed interest in shoring up the state-owned entity, The NewsHawks have learnt.

Last year, Cabinet terminated the Diaspora Infrastructure Development Group (DIDG)’s multi-million-dollar contract after raising concerns over delays in consummating the deal. Following the cancellation of this deal, it is understood that government had engaged new suitors, who had promised to invest US$1 billion in the loss-making entity.

The NewsHawks understands that the government has been making frantic efforts to engage 13 funders that include Afreximbank, among other African financial institutions, which had expressed interest in funding the project.

“At a meeting held with all the banks, it was revealed that NRZ was clandestinely engaging banks who had expressed interest,” a source close to the deal told The NewsHawks.

Sources close to the botched US$400 million deal said NRZ was in a catch-22 situation, struggling to secure another funder for the recapitalisation programme.

“Effectively, NRZ has nowhere to go. So that is effectively the strategy. They are stuck until they resolve with DIDG. The strategy is that no one will fund NRZ unless they engage DIDG,” the official said.

The US$400 million deal had attracted various banks within the region with well over US$1 billion to bankroll the project. After the collapse of the agreement, Transport minister Joel Biggie Matiza moved to order NRZ to retender the project.

While DIDG is fighting in the courts to be awarded damages following the collapsed agreement, Matiza this week told The NewsHawks that government was working on a fresh deal.

“We are putting some final icing on the deal. We are finalising something and will let you know soon,” Matiza said.

The move is likely to irk DIDG, which still retains hopes of worming its way back into reviving the deal.

Government terminated the contract on the grounds that the consortium had failed to bankroll the project.

DIDG opposed Cabinet’s decision, saying the termination was fraught with irregularities and Matiza accused of unfair actions.  The consortium had won the tender to recapitalise the moribund rail operator in 2017 before the deal was overturned by Matiza.

Through its lawyers Atherstone & Cook, the consortium has already sued Matiza and the NRZ for US$215 million in damages that the company says it suffered as a result of government conduct.

In the wake of the controversial termination of the deal, Matiza had been warned that there would be dire legal implications for cancelling the project.

“The other option was to pursue litigation and that is what they expected us to do but Matiza knew that the courts would be sympathetic to NRZ.

“The company also decided to take the route of seeking damages, which has already been done through the lawyers,” the official said.

Responding to emailed questions, DIDG executive chairman Donovan Chimhandamba warned that the NRZ would not get any funding until the rail transporter resolved outstanding contractual issues.

He also warned that engaging another suitor could further stall the project aimed at modernising the moribund rail sector, which has crumbled over the years in the wake of economic collapse.

“We would think that the best route for NRZ is to resolve the impasse with DIDG as we had provided all the funding, and sign the joint venture agreement so that NRZ does not continue to suffer. Engaging any new financier will naturally result in a process that takes years before actual work can commence, notwithstanding the issues of lawsuits and claims which, if unresolved, will delay the recapitalisation of NRZ further,” Chimhandamba told The NewsHawks.

Chimhandamba said it would be up to any bank to consider the NRZ’s plea for funding, but the rail transporter would be a risky venture.

“It is customary for all banks to consider all claims against a borrower or the target of borrowings as the risk of funding an entity, which is facing such claims could be debilitating to any financier should the risk of such claims materialise,” he said.

DIDG is open to dialogue with the NRZ and would welcome a reversal of the termination of contract to necessitate the recapitalisation project, Chimhandamba said.

“We have engaged the government directly and through NRZ via a formal interlocutory process. We believe the path and opportunity for government to intervene and reverse the undue termination by NRZ exists and, at some point, we will find each other. We remain open to dialogue and our commitment to support NRZ and government remains there,” he said.

NRZ public relations manager Nyasha Maravanyika said he was unaware of the parastatal’s moves to court new funders for the project.

“At operational level, we don’t have that information. Maybe it is still at policy level and yet to get to us,” Maravanyika said.

The NRZ recapitalisation project is meant to revitalise the parastatal to match its pre-2000 peak where the company consistently provided reliable regional transport services.

The programme consists of rehabilitation of the railway line network, construction of new railways lines, replacement of communications equipment, locomotives, coaches and wagons.