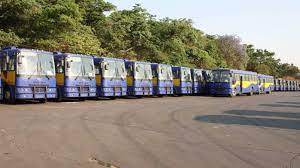 HUNDREDS of former commuter omnibus operators are wallowing in abject poverty due to the Zimbabwe United Passenger Company (Zupco)’s legislated monopoly and the 2020 ban on privately owned minibuses in the wake of a spike in Covid-19 infections.

The operators are now watching hopelessly as their fleets gather rust.

He said the few operators contracted to Zupco were also struggling due to pathetic returns.

‘’Income is not the same,” Dembedza said.

“Operators under Zupco are barely surviving. They cannot operate at a profit and cannot maintain combis from what they get.”

“Fares are determined by the government. They are sub-economic fares, resulting in sub-economic hire rates. There is no viable contract at Zupco. Passengers are shortchanged as a result. Everything is now a nightmare.”

The operator of Ladies Choice minibuses, who only identified himself as Shoko from Chitungwiza, said the ban had made his life a nightmare.

“I had three combis which were operating before they were banned. I used my pension to buy those combis and the little the government can do is bringing back combis under one association which is recognised countrywide having arresting powers to enforce rules as Zupco is not viable, especially in terms of conjunction and timeframe during off-peak hours when Zupco buses cannot carry 10 people,” Shoko said.

“We should not forget the fact that there are some locations without Zupco transport and rely on the same combis which were banned. There is no more industry, no employment considering jobs lost when 15 000 combis were removed from the road.”

Innovative and desperate kombi owners are now resorting to transporting groceries to shops for a small fee, which they argued was not viable.

Zimbabwe was intermittently under Covid-19 lockdown from 30 March 2020 up to early January 2022 and, since then, the lives of commuters have not been easy, with limited transport as private minibuses have remained outlawed, unless they register under the Zupco franchise.