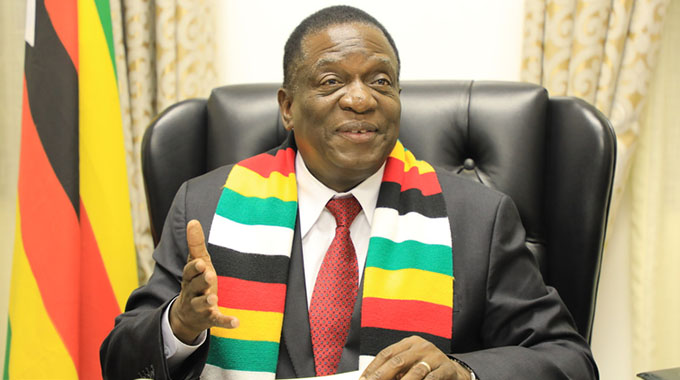 REVELATIONS by Auditor-General Mildred Chiri that Treasury made foreign direct payments on behalf of 16 government ministries amounting to more than US$300 million without the required parliamentary approval and the knowledge of beneficiary ministries has yet again exposed the deep-rooted corruption that is embedded in President Emmerson Mnangagwa’s administration.

Of the amount paid, about two thirds, US$184 million, is being disputed by the beneficial ministries, raising questions over the ultimate beneficiaries of the murky payments.

This was revealed in the Auditor-General’s 2020 report on Appropriation Accounts, Finance and Revenue Statements and Fund Accounts.

The report, which has now been tabled in Parliament, sheds light on how government finances continue to be in a mess, with Treasury and ministries making payments without supporting documentation in numerous cases, resulting in blatant corruption and loss of millions of dollars in public funds.

Several government ministries lost revenue after paying for goods, including cars, which were not delivered, while in many cases purchased assets were not recorded in official registers.

The ministry of Finance, according to Chiri, made unauthorised excess transfers of ZW$100 690 788 418 without condonation from Parliament as required by section 307 of the constitution of Zimbabwe, among many other anomalies.

The Auditor-General also expressed concern over the non-delivery of procured assets, including cars.

The revelations by Chiri are not surprising given that year after year she has exposed sleaze in government ministries. There has however been little or no action by the government to address the corruption that is prevalent in various ministries. This has been the trend even under the leadership of the late former president Robert Mugabe.

However, there was anticipation that Mnangagwa, who succeeded Mugabe after a coup in 2017, will nip corruption in the bud after he declared that under his government, which he has described as the “New Dispensation”, there will be zero tolerance for corruption.

“As we focus on recovering the economy, we must shed misbehaviours and acts of indiscipline which have characterised the past. Acts of corruption must stop forthwith, ” Mnangagwa said in his November 2017 inauguration address. “There should be no sacred cows.”

When he assumed power, Mnangagwa fired the entire Zimbabwe Anti-Corruption Commission board which was chaired by Job Whabira over its failure to combat corruption.

He put in place a new board chaired by Loice Matanda-Moyo which was expected to effectively curb graft. The septuagenarian leader also formed the Special Anti-Corruption Unit (Sacu) in his office to prove his determination to fight graft, although the move was deemed unconstitutional.

However, corruption has continued to thrive under Mnangagwa’s watch with the First Family and high-level government officials also being implicated in shady deals.

Reports published by the Auditor-General have continued gathering dust, with Mnangagwa’s government failing or unwilling to comprehensively deal with the corruption that has weighed down government operations and has bled the fiscus.

Zacc has struggled to adequately tackle corruption as evidenced by the grim statistic of having only managed four convictions in 2021.

Zacc has also been bogged down by poor funding and lack of political will to support it, rendering it a toothless bulldog. Its reputation has been tarnished by strident criticism of incompetence by the  police and the National Prosecution Authority over investigating corruption cases.

Chiri also revealed in the audit that Zacc’s own books have not been in order since 2012. The commission has failed to produce vouchers for its expenditure, raising fear that public funds are being misappropriated.

The failure to prosecute the likes of former Transport minister Joram Gumbo, Local Government and Finance minister Ignatius Chombo as well as former Health minister Obadiah Moyo after having been arrested over a slew of  graft allegations by the state has eroded public confidence over government’s seriousness in fighting the scourge. Mnangagwa has been accused of using anti-corruption bodies to settle scores with his political opponents.

The corruption scourge has resulted in the country being placed 159th out of 180 on the Transparency International index, nearly five years since Mnangagwa made a  declaration against corruption at his inauguration.

Commenting on Mnangagwa’s remarks during his visit to the Dubai Expo last month of his country’s intolerance against corruption in a bid to lure investment, prominent analyst Stephen Chan warned that it would take more than bold words by Mnangagwa to entice investors.

“Well he can say that, but Zimbabwe still remains 159th out of 180 on the Transparency International index,” Chan observed on microblogging site Twitter. “As it is and as I have found, Gulf economic intelligence is immensely and deeply detailed.”

Mnangagwa’s poor record in combating corruption has contributed to investors repelling the country. Foreign direct investment has plummeted from US$717 million in 2018 to around US$150 million last year .  It has also contributed to the low appetite by investors to list on the Victoria Falls Stock Exchange. The forex-indexed bourse has attracted only a handful of listings, most of them companies already domiciled in the country.

At a dialogue organised by the Zimbabwe Economics Society in conjunction with International Labour Organisation (ILO), United Nations Development Programme (UNDP) and the ministry of Labour and Social Welfare on the proposed national formalisation strategy last month, participants said the high level of corruption  has frustrated  efforts to formalise the economy.

Economist Vincent Musewe told participants at the dialogue meeting that  there was no political will for the economy to be formalised as it was the political leadership of the country who were benefitting from the status quo which enhanced corruption.

“We have briefcase businessmen making millions of dollars and that has an impact on the ability of the country to put resources together so that we formalise the economy,” he said.

“There is a secret economy in Zimbabwe that is highly informal, very wealthy and is basically sucking the country out of its resources.”

Zimbabwe Congress of Trade Unions president Florence Taruvinga said the drive for formalisation will be determined by political will and the fight to curb corruption.

“Political will by the government itself is critical if we are going to speak about formalisation of the informal in Zimbabwe. How they are going to deal with corruption and corrupt activities in Zimbabwe will also be a determining factor as to how far we are going towards the formalisation of the informal aspect of corruption,” Taruvinga said. “In the absence of a government having a robust approach towards corruption, we are going nowhere as a country because everything that you are trying to put forward is being pushed backwards by the corrupt activities that are happening in Zimbabwe. Those that are close to power are the perpetrators and nothing is happening to them as they are not being brought to book. We see them moving scot free.”

The fight against corruption, as Auditor-General Chiri’s report reminds everyone, is difficult to curb as it faces stiff resistance from powerful figures who benefit immensely from corruption over a prolonged period, according to economist Prosper Chitambara.

“The major challenge is how does one change a system that has been entrenched over a prolonged period? The corruption is so well rooted in government and the private sector,” he said.

“The fight against corruption is difficult to implement because of strong vested interests that stand to lose a lot.”