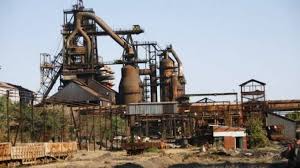 GOVERNMENT has turned to local investors in its bid to resuscitate the moribund Ziscosteel, following the collapse of two deals with foreign investors, Finance Minister Mthuli Ncube has said.
Over the years, the government has tried, with no success, to resuscitate Ziscosteel using foreign investors.
For instance, in 2011, Indian firm Essar entered into a deal worth US$750 million with Ziscosteel but the deal collapsed. Again, mid-2017 Ziscosteel entered into another deal with Chinese investor R and F Company worth US$1 billion. The deal also collapsed last year.
In his 2021 National Budget, Ncube said the government was looking forward to resuscitating Ziscosteel next year through “innovation and harnessing inward opportunities, while working closely with local investors.”
“This will be done through courting new investors who will bring new technology and new skills,” he said.
Ncube said the revival of Ziscosteel is key to the economy through its potential benefits in job creation and value chain impact in such companies as the National Railways of Zimbabwe and Hwange Colliery Limited and the resultant savings in foreign currency in excess of US$1 billion through importation of steel products.
While the search for new investors is in progress, Ncube said the government was implementing a short-term roadmap of resuscitating the firm’s subsidiaries which include ZimChem, Lancashire Steel and Buchwa Iron Mining Company (Bimco) among others.
“Meanwhile, current operations are targeted at raising capital through the sale of waste and boulders, among other activities, while plans are underway to resuscitate the mills to restart the manufacturing processes which are expected to benefit Lancashire Steel,” he said.
Accordingly, Ncube allocated the Ministry of Industry and Commerce ZW$2.3 billion (about US$28 million) to spearhead the industrialisation thrust. – STAFF WRITER