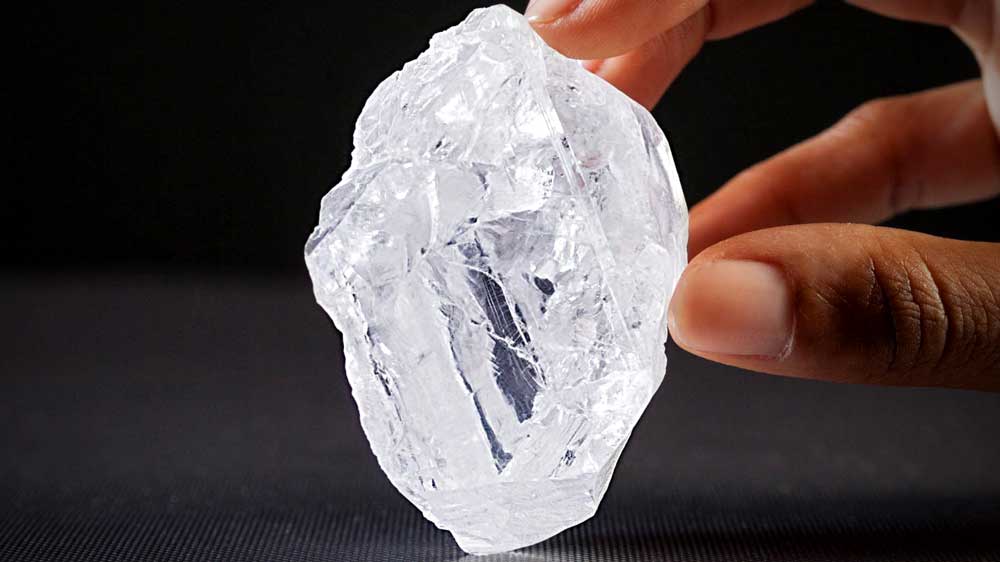 THE government and the Marange community are set to collide during this week’s visit by officials from the World Diamond Council (WDC) at a time human rights abuses and the looting of diamonds in the area are escalating.

The WDC’s visit to Marange on Tuesday is part of an exercise to assess the diamond situation in the area ahead of Zimbabwe’s occupation of the Kimberly Process Certification Scheme (KPCS) chair in mid-2023.

The position is rotational among member states and Zimbabwe’s turn is coming next year. Villagers and civil society organisations (CSOs) operating in Marange however believe that the government wants to project a brazenly false narrative that the gems have immensely benefited the community, when locals are in fact wallowing in poverty.

The villagers say the lives of people forcibly moved from the area to pave way for mining are worse than they were after mining companies failed to provide essential amenities to resettled people.

Villagers have notified police of their intention to stage demonstrations during the visit but the police have banned the action.

CSOs say the villagers are determined to go ahead with the protests. The KPCS’s mandate is to control rough diamond production and trade to reduce conflict gems.

The WDC has representation on all the Kimberly Process working groups and is influential in determining its implementation and future reforms.

The WDC is an organisation representing the entire diamond value chain, including representatives of diamond mining, manufacturing, trading and retail.

The council was established in July 2000. The council was set up in Antwerp, Belgium, after a joint meeting of the World Federation of Diamond Bourses (WFDB), representing all the world’s significant diamond-trading centres, and the International Diamond Manufacturers Association (IDMA).

The founding president was Eli Izhakoff, who served in the position until July 2013. Charter members are the WFDB, the IDMA and International Confederation of Jewellers (CIBJO). The WDC, headquartered in the United States, is currently led by Edward Asscher from Amsterdam, Netherlands.

CSOs in the area say as part of the scheduled visit, WDC officials will be taken to some thriving projects in the area and be given the impression that they were established by government and diamond-mining companies.

The projects are Kusema fishing project, Makwada Primary School project, Chipuno solar project and Betera Dam project. According to the schedule, the WDC officials will get presentations on the Nyamariya Dam project as well as a ward 29 herbal project “which cannot be visited due to time constraints”, according to the itinerary obtained by The NewsHawks.

However, CSOs say the projects are initiatives of different individuals in Marange who did not get support from the government and the diamond companies in Chiadzwa as purported. Since 2008 when the Chiadzwa area was declared a highly protected area under the Protected Places and Areas Act (PPAA) (Chapter 11.12), there have been reports of gross human rights abuses villagers by security forces.

The villagers want it to be placed on record. Villagers also believe the government will also seek to hide its failures to fulfil promises it made to relocated families from Marange now staying at Arda Transau in eastern Zimbabwe.

The relocated families were promised jobs in the mines, three-bedroom homes, electricity, running water, tarred roads, half a hectare (about 1.2 acres) of land with irrigation systems, schools, a clinic, seeds, fertilizer and food delivery every three months.

The families, previously farmers dependent on the land for their livestock, were also promised capital to embark on piggery projects.

The government reneged on all these promises. In order to alert the WDC of the situation on the ground, nine CSOs plan to hold demonstrations at Zengeni Business Centre in Chiadzwa.

In their letter of notice for the demonstration dated 26 October 2022 to the Mutare police regulatory authority, the CSOs said: “We, as the community, are languishing in poverty while the diamonds are being extracted. It is high time we have our entitlement as the community.”

However, in a response letter dated 30 October 2022 signed by one Chief Superintendent R. Mbira who is the regulating authority for ZRP Mutare Rural District, the police banned the demonstration.

Mbira wrote: “I draw your attention to the provisions of section 7(2)(h) and 10(1)(2) of the Maintenance of Peace and Order Act Chapter 11:23 which your convening notice is not in compliance.

“Further reference is made to section 5(2) of the Protected Places and Areas Act Chapter 11:12, which provides that conduct and movement of persons within a Protected Area ought to be regulated and/or directed by an Authorized Officer.

“As the Regulating Authority, I cannot guarantee the conduct and behaviour of participants during a demonstration within a Protected Area. “Having considered the aforementioned statutory provisions, your intended demonstration cannot go ahead.”

Farai Maguwu, the CNRG director, told The NewsHawks that villagers are insisting the demonstrations will go ahead.

“The community is saying even if the police are saying there will be violence, it is not understandable because they are not prophets who can prophesy on what will happen. When they demonstrated in 2018, there was no violence and not even a cockroach was killed. So, the people find police’s prediction of violence as frivolous because it is not backed by evidence,” he said.

Maguwu said the villagers are clear on what they want.

“They want to see the roads being tarred so that even if mining is ended their infrastructure is sustainable. There is also a cry for investment in the health sector. There is Marange Clinic which is dilapidated such that it is humiliating to even tell anybody, including the visiting WDC, that this is a clinic situated in an area with billions’ worth of diamonds. If they want, they can visit the clinic. If you want to close the tap at the clinic you have to place a huge rock on top. This is how shameful the situation is in Marange,” he said.

“There is no investment in education. I think there is only one secondary school in ward 14. I know that the World Diamond Council officials are going to be flown to Marange, but if they were to drive there, they will see how pathetic the situation is.”

James Mupfumi, the CRD director, said the ban further exposes the Zimbabwean authorities who are planning to hoodwink WDC officials.

“The denial of the community’s right to demonstrate exposes the extent to which the state has weaponised provisions of the PPA to deny the rights of the people of Marange to express themselves. Government has betrayed the people of Marange’s right to economic emancipation, human dignity and freedom ever since the violent capture of the diamond fields by state security forces in 2008,” Mupfumi said.

“Zimbabwe government is yearning to take over the chairmanship of the KP but it is unwilling to be transparent and accountable with Marange diamonds. CSOs will continue to support legal actions that vulnerable communities Marange are taking to ensure that they claim their rights,” he said.

Mines minister Winston Chitando and his deputy Polite Kambamura did not respond to requests for a comment.