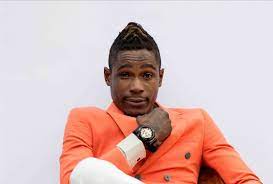 ZIMDANCEHALL music is greatly influenced by reggae and dancehall from Jamaica.

JONATHAN MBIRIYAMVEKA
Calling it Zimdancehall was no misnomer. It was a way of acknowledging the origins. That way, producers and promoters hoped to stand a better chance of easing the difficulties associated with taking the sound to the world.

In 2006, during the formative years of the genre, one Slug Yute coined the genre Zimdancehall and also created a website which became a platform where he uploaded only Zimdancehall music from several backyard studios that sprouted in the ghettos.

As the genre grew in popularity, it occupied certain spaces, for instance in public transport where commuter omnibus crews gave it wider reach.

It was not long before the sound caught the attention of radio stations which played the music, much to the delight of urban youths.

The allure of Zimdancehall is that it is an expression of everyday life in the ghetto, the struggles, aspirations and tribulations.

According to proponents of Zimdancehall, the music has created a pathway out of poverty for many people. One commentator described it this way: “This is where we get to express what we feel from within. This is where we get to address any issues be they political, hunger, starvation, songs of joy, songs of freedom and we express them through the Zimdancehall movement.”

While it is true that Zimdancehall has become a powerful medium of expression, its exponents have also been accused of influencing vices in society, notably drug and substance abuse.

One of the biggest Zimdancehall artistes to emerge was Soul Jah Love, who unfortunately was both diabetic and drug addict.

During his heady days, Soul Jah Love performed songs that glorified “musombodhiya”, a cheap potent brew which was popular in the streets, before he moved on to Bronclear or “bronco”, a cough remedy containing codeine, an opioid narcotic.

In the song Pamamonya Ipapo, Soul Jah Love sang about his love for codeine.

He would chant “Television Televison” in reference to the euphoric effect of crystal meth while in the song Naka Dhula Dhaka he talked about being high on expensive and sweet stuff.

The supremely talented Soul Jah Love, who died on 17 February 2021, was declared a liberation hero by the hovernment, a move seen by some as a huge endorsement of his misdemeanors.

As Zimbabwe went into Covid-19 lockdown in 2020, most youths found themselves loafing around and experimenting with illicit drugs.

Vulnerable youths wrongly assumed that hard drugs such as crystal meth, also known as “mutoriro” or “guka makafela” in street lingo, provided an easy escape from social and economic hardships.

The issue has become debatable among proponents of Zimdancehall and those who are anti-Zimdancehall movement.

Music critic and writer Professor Fred Zindi said the impact of the glorification of drug use in Zim dancehall was tremendous.

“Some people have suggested that the connection between Zimdancehall and ganja may represent the most complex “drug-music” nexus in the sphere of global popular music. To drug peddlers, it offers glorious opportunities for a quick buck.

“Some artistes are brainwashed into thinking that they cannot make good music unless they have had a few ‘smokes’. The impact on the glorification of drug use in Zimdancehall is tremendous as it brings relief to unemployed, poverty stricken and economically hard-hit youths who ‘feel good’ after taking drugs.

“Do not forget that there is a symbiotic relationship between ganja, roots reggae and Rastas. This helped clear a psychological space for the flourishing of Jamaica’s brand of cultural nationalism and all the people influenced by reggae throughout the world, let alone Zimdancehall artistes, but in all likelihood, its significance to Jamaican culture transcended both this and its function as a religious sacrament for Rastas.

“So anyone who believes in Rastafarian culture thinks it is smart to take drugs, especially ganja,” Zindi said.
Music promoter Partson “Chipaz” Chimbodza defended the genre, blaming a few artistes who glorify drugs and substance abuse.

“Dancehall is usually attended to by young guys. Most of them do not work and cannot afford legal beers and for them to spend the night some, not all, resort to drugs and the few on drugs will influence behaviour even to those not on drugs and it now appears as if the whole event is characterised by drug addicts,” Chipaz said.

“In an era where we have a studio in every street in the ghetto, sometimes it is very difficult to trace where the slackness music is coming from. But it is a very worrying issue,” Mukundu said.

However, radio disc jockey and promoter Godfather Templeman argued that Zimdancehall does not in any way influence drug abuse but, instead, had the power to condemn such vices.

“Youths have nothing to do, no source of income. Can you imagine, big artistes Freeman, Killer T, Winky D, and Enzo Ishall have houses or are building. But some of them their houses are at window level, they can’t proceed because of Covid. There are many who have been building.”

Templeman suggests that the people who peddle drugs are not Zimdancehall artistes, but those who take advantage of the popularity of the music.

He said as Zimbabwe’s entertainment scene went into Covid-19 lockdown it left most Zimdancehall artistes with no source of income and this also affected the downstream sector.

“It would be unfair for anyone to blame the genre for what is now happening in society because with the lockdown there has been a crisis of unemployment which led to drug abuse. Since 2010 when we used to hold big shows, we have never heard of reports from the police or the newspapers that youths are doing drugs because of Zimdancehall. The issue is we only started to know about guka (crystal meth) during lockdown,” he said.

Templeman also argued that the percentage of Zimdancehall artistes who glorified drug and substance abuse was miniscure compared to those who sang positive messages.

“My take is that it is unfair for anyone to suggest that Zimdancehall is influencing drug abuse because only a small percentage of artistes are glorying the drug abuse as compared to the 99% majority who actually condemn the use of drugs.

“Surely, how can a minuscule percentage have influence over those with a bigger percentage?” he said.
He said Zimdancehall can be used to address drug and substance abuse among youths.

“Last year, Oskid released Pandemic Riddim and on that riddim we had Freeman and Dadza D who dropped their hit Guka. The song condemns the use of drugs and also Ricky Fire dropped Mutoriro on More Entertainment Riddim, which again condemned guka, warning of the dangers of the drug. So, Zimdancehall is a tool for anti-drug abuse,” he said.