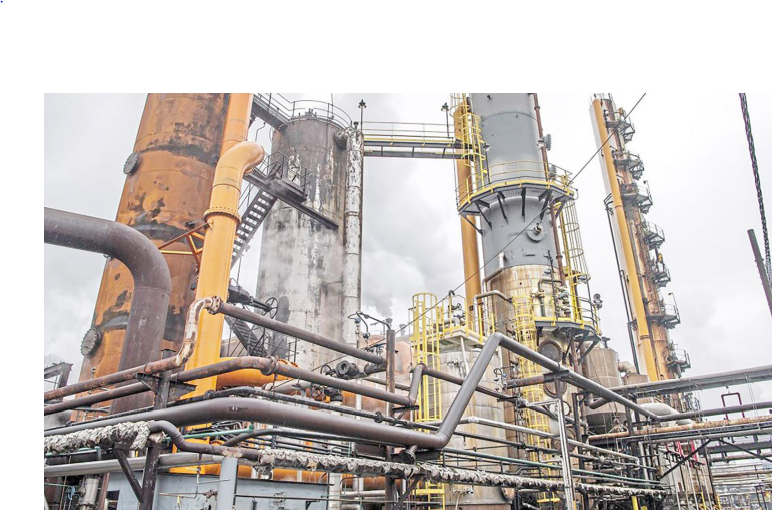 CHEMICAL manufacturer Zimchem says ut has lost at least US$300 000 in the past two months owing to power supply challenges at its refinery plant.

Zimchem, which is located within Ziscosteel, has been adversely affected by the Zimbabwe Electricity Supply Holdings’ recent disconnection of Ziscosteel over a ZW$40 million debt.

The switching off of Ziscosteel has affected Zimchem’s operations which has also been blacked out as it uses the same power line as Ziscosteel. In an interview, acting general manager Tendai Shoko said the power disconnection has affected not only operations but has also made it expensive to run the plant as Zimchem is now relying on diesel generators to power the plant, an arrangement which is not sustainable.

“In terms of loss of value we have an export order of 300 tonnes of pitch to South Africa which was supposed to be delivered in October, 300 tonnes in November and 300 tonnes in December. The pitch is around 50 cents per kilogramme. So we have lost about US$150 000 in October and in November,” he said.

As an alternative for powering the plant, Zimchem has been using generators.

“However, it must be noted that five days of using a generator is equivalent to 15 days of using power. Our Zesa bill for three corporates, Redcliff municipality, Ziscosteel and Zimchem, per month is ZW$3.6 million and by using the generator for five days we will be using at least ZW$1 million,” he said.

Zimchem has been roped in by the government to produce tar for the Emergency Road Rehabilitation Programme. However, the company is battling against challenges.

“We had severe challenges in terms of working capital to fund our raw materials procurement and also to retool our plant. We have been roped in on the government’s 100-day project cycles under the National Development Strategy 1. We are supposed to produce road tar for the Emergency Road Rehabilitation Programme. We have been earmarked for funding from government to procure raw materials locally from our counterparts in Hwange,” he said.

Zimchem is expected to supply a regional customer in South Africa.

“We have also secured a number of supply contractors from South Africa. So far we have 480 tonnes of pitch which we must supply to South Africa. This past week we have delivered to South Africa 120 tonnes. And we are left with 360 tonnes. We have a number of challenges which emanated from us being located in Ziscosteel works,” Shoko said, before indicating that one of the problems is the issue of electricity. Zimchem has two strategic plants, namely the tar plant and the benzol plant.

However, the benzol refining plant has not been operating since the demise of Ziscosteel’s coke oven battery, which was the sole supplier of benzol in the country.

“The supply orders from the ministry of Transport for the supply of creosote materials should boost our capacity utilisation close to 50% for the whole plant and close to 60% to 70% for the tar refinery itself. In terms of revenue, we have been realising around $500 000 per month from both the local and export markets,” he said. — STAFF WRITER.

US$400 000 compensatory dividend for Zim pensioners