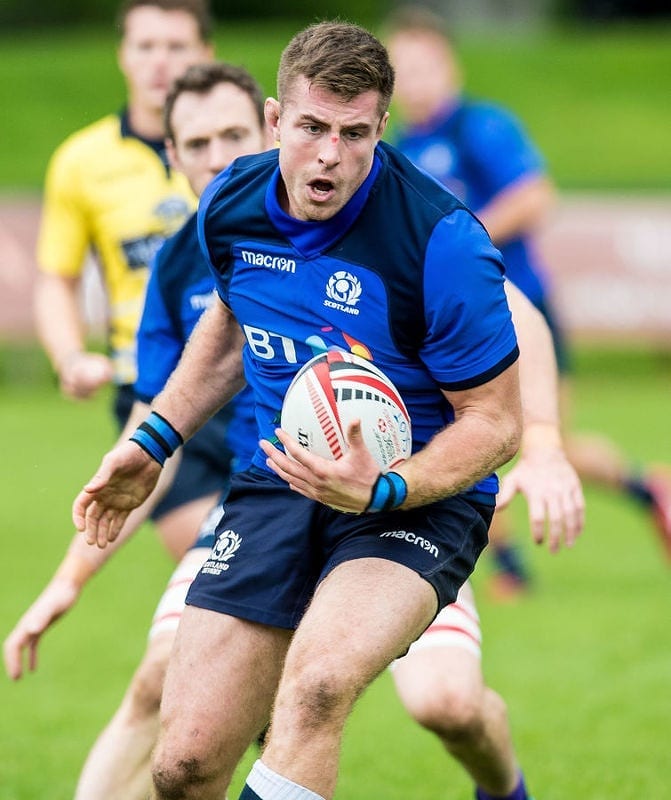 TOP-CLASS loose forward Mungo Mason (pictured), born in Scotland, will have to wait longer before he can make his international rugby debut for Zimbabwe due to a technicality that has cast doubt over his eligibility.

ENOCK MUCHINJO
Mason had pledged his international allegiance to the African nation and was duly included in a large Sables training squad currently camped in Harare preparing for the first phase of an intensive quest to qualify for the 2023 World Cup tournament in France.

The destructive 25-year-old flank, who was born in the Scottish town of Carluke and grew up in New Zealand, would have been an automatic selection for the Sables purely based on his parents being Zimbabwean.

A hitherto unknown obstacle has however, emerged, much to Zimbabwe’s frustration. This stems from Mason having sat on the bench of Scotland’s Sevens team during an HSBC World Rugby Sevens Series match in South Africa in 2018-2019, although he was never fielded.

In a marked shift from previous years, the global governing body of the sport, World Rugby, has in recent times considerably altered national team qualification rules – which were deemed “too relaxed” by some of the most traditional followers of the game.

Take for example the Mason case. Nowadays, even players that have been internationally capped by a certain country in the minor format of the game, Sevens, can no longer play under a different flag in the sport’s premier version, 15s.
But then, the fact that Mason remained on the sidelines throughout for the Scottish Sevens outfit, will ask serious questions of the rulebook’s finer intricacies.

Both the Zimbabwe Rugby Union and Sables team management are now exploring all illegal means to tie down the Kiwi-raised imposing ball-carrier.

An option, if available, will be to get Mason into the Sables via the country’s Sevens side. Unlike in 15s, Sevens players can switch to another Sevens international team after a qualification period of three years, from their last appearance. An example is former Zimbabwe livewire Manasah Sita, who later starred for Germany Sevens in the Europeans’ unsuccessful 2016 Rio Olympics qualification bid.

Nonetheless, Sables team manager Jason Maritz was confident that Mason cannot be disqualified from pulling over the green-and-white hoops of Zimbabwe in their World Cup hunt.

“There is a technical issue over the possibility of him being captured by Scotland, they consider him potentially being captured due to him being on the bench in a HSBC World Rugby Sevens Series tournament in Cape Town in the 2018-19 season,” Maritz told The NewsHawks this week.

“We’ve obviously put the application to Scotland, they have considered him captured, and we’ve appealed to World Rugby. But at the end of the day the regulations state that any player needs to have a stand-down period of three years before he can switch allegiance by the Olympic Charter, to potentially play for the Cheetahs (Zimbabwe Sevens). Once he has played for the Cheetahs, we can then put in an application that he transfers to the Sables as well, so we are working on it. It’s unfortunate, he never knew about it. He never thought he was captured, and the good thing is we did our homework so we will obviously play by the book. We will follow the regulations given by World Rugby, and subject to them being changed, potentially in November, we will just stand by. But he is still very much in our plans. It’s just an unfortunate situation.”

This development means that Mason is out of Zimbabwe’s trip to Tunisia next month for the first phase of World Cup qualifiers.

Mason – who has played professionally in Scotland and the United States – is co-captain of the Old Glory DC club in the US’s Major League Rugby (MLR) competition.

At Old Glory, Mason has played alongside global icons of the game like Springbok World Cup-winner Tendai “Beast” Mtawarira and All Blacks legend Ma’a Nonu.

Another teammate of his at the Washington DC club is the much-hyped flyhalf Jason Robertson, also a foreign-born new Zimbabwe call-up who, however, has a clearer path to become a Sable.

Zimbabwe warmed up last week with two double-header friendlies against Zambia in Harare, beating the neighbours comfortably by score-lines of 31-8 and 56-3 on Wednesday and Saturday respectively.

Meanwhile, another pair of preparatory matches, against rivals Namibia on 12 and 19 June, will no longer happen as scheduled, awaiting possible readjustment before the Tunisia tour.
Related Topics:
Up Next