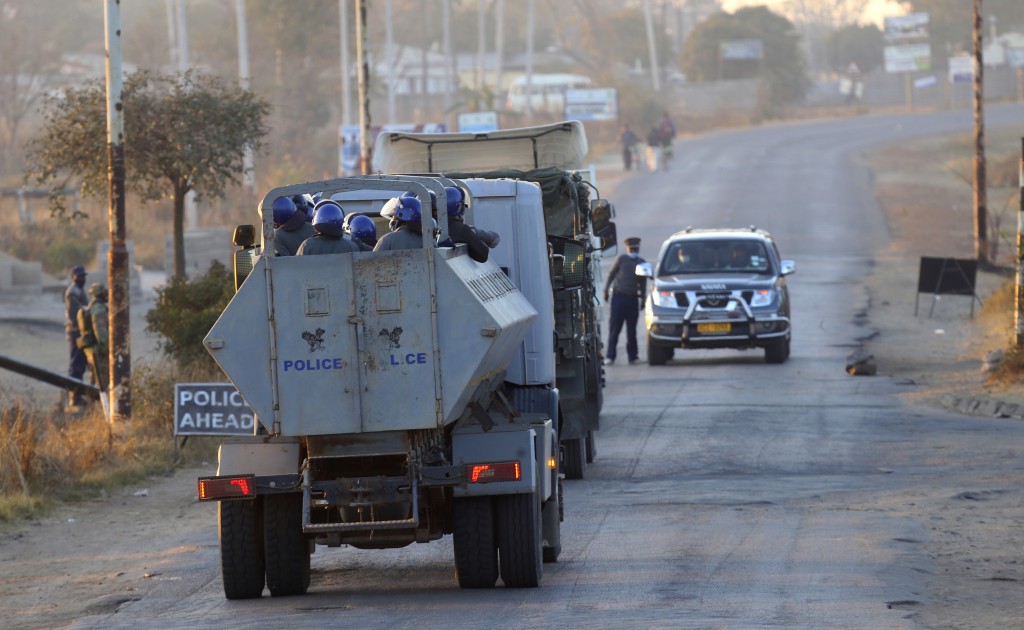 It is now commonplace that the Covid-19 pandemic exaggerates and exacerbates social and political problems in the countries on which it has wreaked havoc.

Trump’s United States and Bolsonaro’s Brazil are just the clearest examples. Covid-19 seems even to expose fault-lines in supposedly social democratic paradises such as Sweden: its well-ordered citizens were expected to manage themselves carefully enough to counter the crisis; but they didn’t and the wave grew. Zimbabwe seems to be no exception to this rule, and its rulers seem bent to bend it in their favour. What will break if they bend it too far?

In Africa, perhaps “Western” preconceptions and prejudices influenced forecasts of cataclysmic consequence. As the virus began its global spread, analysts saw a billion cases and 3.3 million deaths over the continent’s horizon – if people would not practise social distancing. If Africans would maintain short and “intense” distances just a tenth of those deaths – 300 000 – might eventuate.  However, by early November 2020 just over 46 000 Africans had died (of course such statistics are loose at best). At September’s end, Alobo and Marsh calculated that Africa’s Covid deaths – then nearly 36,000 – accounted for about 3.5% of the million reported Covid-19 deaths globally, while Africans make up around 17% of the world’s population.

It is beyond the purview of this intervention to explore the speculation and reasoning around these numbers, nor can it discuss Africa and Covid-19 in its totality. Zimbabwe however does not seem far off the rest of Africa’s numbers. According to the Johns Hopkins University virus tracker as of 11 November 2020 there were 8 610 cases while 255 people had died. Zimbabwe’s population is about 1.8% of Africa’s over 1.2 billion, while its Covid-19 related deaths hover around 0.55% of all of Africa’s virus-related deaths. August seemed to have been Zimbabwe’s most dangerous month, Coronavirus-wise, registering a record high of 599 new cases and 25 new deaths, for 135 fatalities up to then. That number was about the same as the count for malaria for 2020, at 131. According to UNAIDS, in 2018 a total of 22 000 Zimbabweans died of Aids-related illnesses—and only 46% of Zimbabweans between 15 and 24 knew how to avoid such a fate. Of the around 30 000 Zimbabweans who catch TB every year—4 600 die—around 70% are co-infected with HIV (if the data from Harare’s poverty-stricken southern townships indicate for the whole country).

These health data are hard enough to swallow, so the tiny numbers caused by Covid-19 might inspire the question: What is the big deal about the possibility of the pandemic in Zimbabwe? To be sure, the risks of this easily transmitted disease are high, so any government should be very wary. Add to that the strain placed on already bare-boned public and even private health systems. Further, Covid-19’s  global status makes it big news everywhere. Yet just as much as these realities, the above proposition holds water in Zimbabwe. The virus shines a stark light on social and political cracks, but there is no certainty if their exposure illuminates openings and expands them, shuts them down immediately upon revelation, or something forebodingly ambiguous in-between.

The advent of Covid-19 in Zimbabwe has served both to bare and to harden what Brian Raftopoulos signalled four years ago as the “normalization” of its particular form of authoritarian politics. Covid-19 has catalysed Zimbabwe’s particular and painful manifestations of Africa’s long interregnum between its “original” modes of production and politics and something akin to capitalism: what I have called the long march toward the Holy Trinity of primitive accumulation, state and hegemonic construction, and democracy in its various forms. Its 2017 “coup”—a “special” but not unique instance of rather rough means of political change—pushed the authoritarian solution further than it was under past-president Robert Mugabe’s tutelage, itself hosting a near genocide while all but wiping out the political party associated with the thousands of people massacred therein.

As Phillan Zamchiya’s careful study indicates, since Zanu PF’s mid-2008 murderous spasm on learning of its election losses it has tried to be circumspect whilst meting out its mix of coercion and consensual construction. Yet the “competitive authoritarianism” theoretical label fails to capture post-coup Zanu PF’s bipolar swings between blatant killing and pleading persuasion, which have increased under the reign of Mugabe’s usurpers while they cannot decide between killing demonstrators and being “open for business”. Nor does this political science theory match Antonio Gramsci’s nuances on the way to hegemonic “normalcy”—themselves only hinting at the “corruption” on that rocky path. Gramsci’s clue is that:

“between consent and force stands corruption/fraud (which is characteristic of certain situations when it is hard to exercise the hegemonic function, and when the use of force is too risky). This consists in procuring the demoralisation and paralysis of the antagonist (or antagonists) by buying its leaders—either covertly, or, in cases of imminent danger, openly—in order to sow disarray and confusion in his ranks”.

Such ideas give researchers more scope for analysis of the current confusion and conspiracies in Zimbabwe’s contending political parties. It is hard to tell if the “Generation-40” faction that nearly ousted Mnangagwa’s “Lacoste” is still a de facto part of Zanu PF. Similarly, it is difficult to see the extent to which the Zanu PF factions’ incursions into the already fractious Movement for Democratic Change-Alliance have incapacitated it. Nevertheless, Philani Zamchiya’s election-event evidence backs up the Zimbabwe Peace Project’s quotidian of little bits of corruption and increasing intra- and inter-party low-level political violence.

The specific instances of Covid-era Zimbabwe only demonstrate the Mnangagwa regime’s clumsy, crude brutality mixed with obsequious overtures to foreign capital (the diplomatic representatives of which had great hopes for a 2017 “solution”). In the category of calculated cruelty in the realms of gender violence, the abduction and sexual abuse of opposition party members—and claiming the young women faked it—ranks very high.

In the corruption stakes, there is the First Family’s association with corruption linked to Covid-19 personal protective equipment leading to the arrest, long-time refusal of bail, and re-arrest of the man who retweeted its unveiling. The excuse of “social distancing” to quell demonstrators at the end of July—which the newly created July 31 Movement created partly in response to journalist Hopewell Chin’ono’s charges, soon called a successful “stay-away”—was bolstered by the ruling party’s acting information secretary’s summoning militia to defend their country from foreign-inspired traitors.

If the violence and stymied attempts at accumulation marking Zimbabwe’s awkwardly named “Second Republic” are to be understood, its long-term roots in the politics of class and nation making need careful study.—African Arguments.

Three years on, the promised new dawn has turned into a nightmare

3 years after November 2017, where are we going as a country? Was the ‘legacy’ restored?