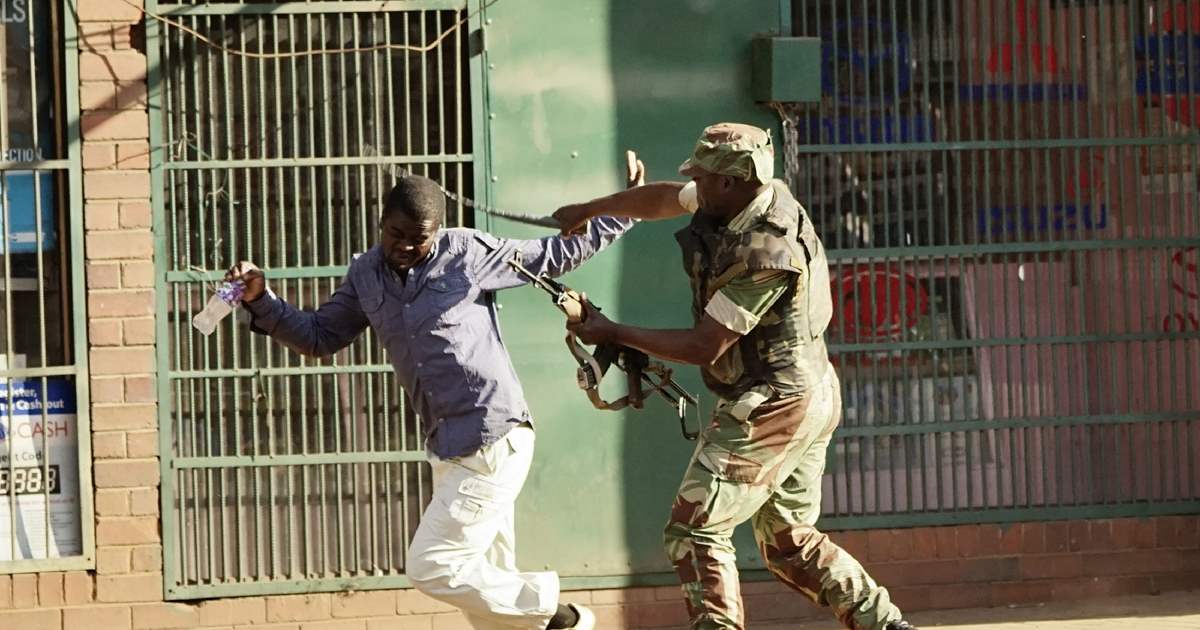 Zimbabwean politics is once again caught between the deepening authoritarian logic of a former liberation movement, and an opposition movement that faces a renewed onslaught of repression and systematic state led incapacitation. When Mugabe ruled, he selected anti-imperialist and Pan-African narratives to respond to internal and intentional criticisms directed at the state’s human rights abuses and the execution of the fast-track land redistribution programme.

The late Thandika Mkandawire argued that the forms of Zimbabwe’s crisis-ridden politics could be located in the context of the multiple transitions the new Zimbabwean state faced. These included: decolonisation; de-racialisation of the economy; economic liberalisation and the dismantling of the sanctions-related control measures of the settler colonial period; attempts at democratisation; and agrarian transformation. Faced by these challenges and the repressive politics that accompanied them, Zimbabwe slipped into an eviscerating economic decline from the late 1990s. It persists.

The 2017 coup and its aftermath

After November 2017’s coup, Zimbabwean politics plunged again into a legitimacy crisis, exacerbated by the contestations over the July 2018 harmonised election results, and the violence following on 1 August 2018. Emmerson Mnangagwa’s regime promised political and economic reform and international re-engagement but the shadow of Robert Mugabe’s authoritarian nationalist politics hovered over these attempts at renewal. The economic crisis deepening throughout 2018, the already fragile livelihoods of most Zimbabweans became even more precarious.

In late 2018, public sector workers including doctors, nurses and teachers went on strike over their depreciated salaries and working conditions in the face of rising inflation and Zimbabwe’s persistent monetary crisis. At around 27.4% of formal employment, the largest portion of Zimbabwe’s formally employed, the striking public sector workers presented a serious problem for the state. Their strike was reminiscent of the public sector strike of 1996, which signalled the onset of the broader trade union challenge to the government’s neo-liberal policies. Then, formal sector employment, though already on the decline, had a broader base.

The public sector strikes of late 2018, with the attendant fiscal challenges, once again presented a serious challenge to the professed attempts at fiscal restraint by the ED regime. In 2019 and 2020, informal hashtag movements and opposition political party protests followed the strikes. The state responded with widespread repression. Moreover, the protests and their response took place within broader relations of economic production demonstrating little evidence of a sustainable developmental accumulation model, notwithstanding the changes in agrarian relations.

The violence of the state’s responses to these protests exceeded even Mugabe’s threshold.  Firstly, in addition to a more widespread deployment of the military to deal with dissent, President Mnangagwa introduced Constitutional Amendment No 2 Bill, effectively broadening his control over both the executive and the judiciary. This proposed bill is accompanied by two more intended to place greater control over social media activism and international civic advocacy. These are the Cyber Protection and Data Protection and Patriot Bills.

Secondly the state has intensified its abuse of the judiciary to undermine the main opposition political party, the MDC Alliance, as well as broader civic activism. This abuse of the law has taken several forms:

These judicial interventions have been tied to a series of measures designed to dismantle the opposition. They include, using a Supreme Court judgment in 2019 to overthrow the existing leadership of the MDC Alliance; appropriating opposition resources, including the MDC Alliance headquarters; arresting and abducting civic and opposition activists, exacerbated by gendered violence; recalling MDC Alliance legislators and councillors from Parliament and city councils; and the unconstitutional suspension of by-elections until January 2021 under the guise of Covid-19 lockdown measures (Veritas Bill Watch 65/2020, 3 October 2020). Even several practising judges wrote a letter of complaint to Mnangagwa, stating that public perceptions about judicial capture are ‘no longer fiction or perception’ but “in fact reality”.

Unsurprisingly, SADC continues support for the Zimbabwean government in the face of international sanctions. This support is based on a combination of liberation solidarity, respect for national sovereignty, and the quest for regional stability. Yet some critical voices have emerged in the ANC recently, wondering if the Zimbabwean crisis affects the region’s wider liberation legacies negatively. After the ANC’s failed August and September 2020 attempts to assist a Zimbabwean national dialogue, Lindiwe Zulu, Head of the ANC’s National Executive Sub-Committee on International Relations intervened critically:

Once again, Zimbabwe’s future looks bleak. Its state continues an authoritarian trajectory as it carries out its intention to dismantle the opposition. Yet the legacies and the futures of Southern Africa’s liberation movements face increasing public scrutiny even as the alternatives remain opaque.