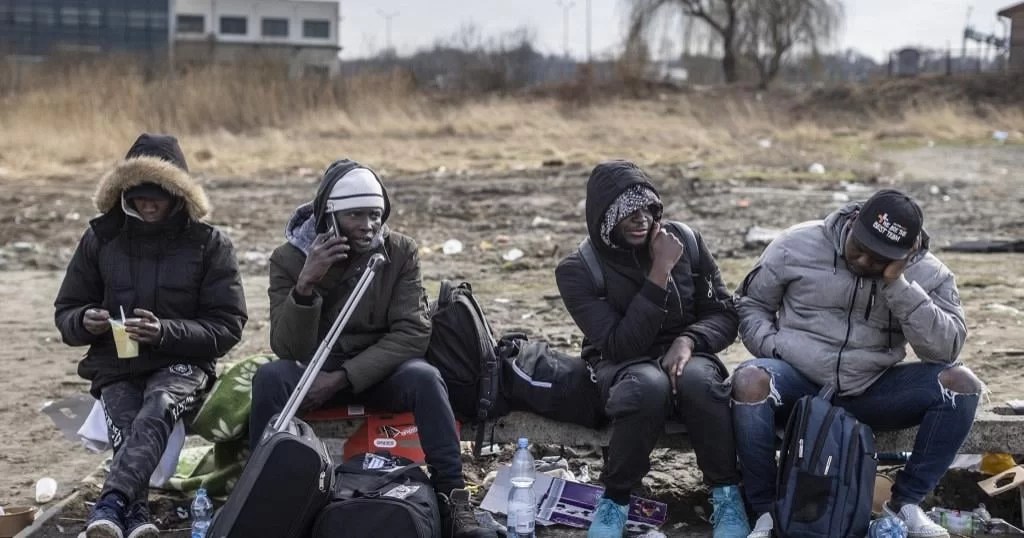 FINAL-YEAR medical student Keith Chitunhu, with only two months left to complete his studies, fears he has wasted six years of study in Ukraine after the country was violently invaded by Russia.

Last week, Ukraine was plunged into war following a Russian invasion after months of tension, triggering an immigration and refugee crisis as millions flee.

Now a refugee in Romania, together with thousands from different countries, the sixth[1]year medical student at a university in Vinnitsia, a small town next to Kiev, faces an uncertain future. Back home, he carried the hopes of his family, which sacrificed to give him an education.

But with hopes fading and his life at risk, Chitunhu embarked on a treacherous escape from conflict.

Spending two days on the road, braving the cold nights, long bus rides and haunting fears that Russian leader Vladimir Putin’s military might close in on them, the Zimbabwean student trudged on until he got to the Romanian border.

He recounts the relief when he crossed the border into Romania, one of Ukraine’s neighbours which has opened its doors to those fleeing conflict.

“I was left with two months to getting my degree. The school has all my academic certificates, meaning that we have lost six years’ worth of life and sacrifice,” he told The NewsHawks in a telephone interview from his base in Romania.

Chitunhu recounts how he escaped death by a whisker after a Russian spy was caught plant[1]ing a bomb near his compound.

“The Russians are merciless. As we speak in my neighbourhood, one Russian spy was arrested while planting a bomb, meaning if he had not been caught, I wouldn’t be here today,” Chitunhu added.

He also narrates hearing haunting noises of sirens every day since the invasion started, sig[1]nalling that a missile had hit a few kilometres from his hostel.

“Every single day you would wake up, you would appreciate being alive and always pray for another day. As we speak, missiles are being thrown into civilian buildings, orphanages and kindergartens.”

The medical student said many Zimbabwean students were struggling to get to safety due to financial challenges. Those who fear the treacherous walk to neighbouring countries are hidden in basements, praying for a miracle.

“For now, many students are just trying to save their lives. The ones that are still in Ukraine, the main reason is they did not have the money hence no clue on how to escape,” he said.

Chitunhu shared with The NewsHawks a video of him pulling his suitcase as he walked towards the Romanian border with other Zimbabwean and African students.

The video revealed the desperation on the faces of the young students fleeing a country they had called home for years. Chitunhu and his fellow students walked about 10 kilometres to safety.

“As you can see, there are hundreds of students walking towards the border. We are going to walk two or more kilometres before we get to the border. This is real,” he said.

The government of Zimbabwe has promised to provide flights for over 200 students holed up overseas, but only if they manage to get out of Ukraine on their own.

Another student, only identified as Kuziva, who is stuck in Sumy, a town which is 20 hours by car to the Polish border, said students were surviving on little food. The banking system totally collapsed, making it impossible to get money.

“It is tough, we are trying to save the little to avoid starvation. In Sumy, every foreign student is still stuck. Russia is close, but it is more dangerous there, so we are just living each day as it comes,” Kuziva told The NewsHawks by phone from Sumy. Philimon Chizoro, a fifth-year medical student at Vinnytsia University, said some students had been shot with rubber bullets at the Polish border as they sought to flee the besieged country.

“The city I was staying in isn’t under attack in any way. I just left because other students were leaving. It was safe, I just wasn’t sure for how long,” Chizoro said.

Spending two days on the road was not mean task for Chizoro who had to endure hours on the bus until he reached safety. He said he would want to come back home until stability returns to Ukraine.

The plight of African students in Ukraine has sparked debate, amid accusations of racism at the hands of the Ukranian authorities. Ukraine attracts many foreign students want[1]ing to study medicine because it has a strong reputation for medical courses.

Tuition and other expenses are much lower there than in other European nations. Social media has been awash with videos of African students being forced to disembark from buses because of their skin colour.

Ukranian authorities have also been accused of denying the students temporary shelter, leaving them to freeze in the cold weather. Others have been forced to pay bribes at the border to guarantee safe passage.

Now with funds dwindling amid the shutting down of banks, African students continue to suffer in a conflict that has shaken the world. Many African government have not been able to rescue the students as air transport is grounded.

Governments have only been able evacuate the students when they get to a neigh[1]bouring country. Africans have been sharing their experiences online using the hashtag #AfricansInUkraine.

Their stories have prompted an outcry and several crowd-funding appeals have been launched to try and help those stranded in the country.

‘NGOs ban a threat to Zim’