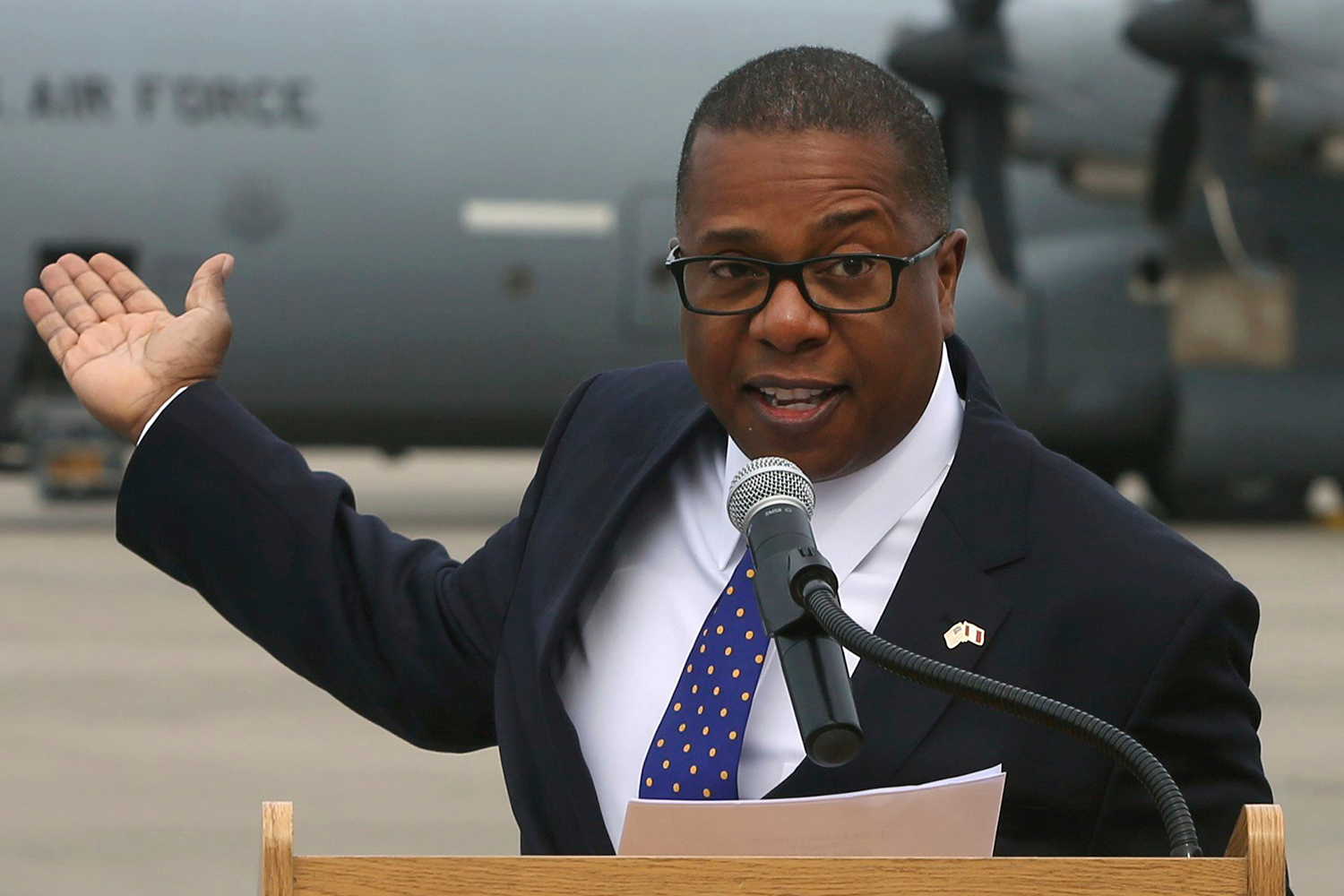 U.S. ambassador to Peru Brian Nichols speaks at an Air Force base in Callao, Peru, on April 6, 2017. Martin Mejia/AP

ZIMBABWE is yet to accept a vaccine offer by the United States, with a government official previously revealing that Harare was sceptical to accept the donation, as it might turn out to be a political gesture.

According to the outgoing US ambassador Brian Nichols (pictured), who left Harare last Friday, Zimbabwe is yet to accept the donation from Washington, channelled through the Covax facility.

The consignment that had been allocated to Zimbabwe ended up going to Zambia, with indications that Zimbabwe does not want to use Western-produced vaccines.

In July, President Emmerson Mnangagwa’s spokesperson George Charamba wrote on Twitter that Zimbabwe would not be using the Western vaccines, claiming that the MDC had received 500 000 doses of vaccines not registered in Zimbabwe from America.

He said the country would only accept vaccines made in China, India and Russia, that had been registered for use in Zimbabwe.

The Health ministry did not respond to questions from The NewsHawks on why they had not yet accepted the vaccine donation from America since Johnson and Johnson vaccines have now been registered in Zimbabwe.

In a farewell meeting with the press, Nichols said the American government was hoping Zimbabwe would accept the offer, as Washington would want to provide more.

“We in our government have offered vaccines through the Covax consortium to the government of Zimbabwe for its people. We hope the government accepts that donation and we intend to offer more in the future if they are accepted,” he said after the meeting with Foreign Affairs and International Trade minister Frederick Shava.

“We provided US$24 million in assistance to Zimbabwe for personal protective equipment, training, prevention, and information campaigns. We have our experts working on laboratory service issues and policy responses, and we look forward to continuing to increase our assistance in the coming weeks and month.”

Nichols also said the progress that Zimbabwe had made in vaccinating its population against Covid-19 was commendable as it ranks number three on the African continent in terms of vaccines.

Zimbabwe in July approved Johnson and Johnson vaccine for emergency use after previously blocking it.

The previous month, government had been criticised for turning down an offer for three million doses of the Johnson and Johnson Covid-19 vaccine.

The excuse had been that the country was not prepared to deal with the refrigeration requirements and possible side effects of the vaccine.

Medical experts said the excuse that the country does not have the storage facilities required for the doses was senseless as there were cold chain mechanisms to store the vaccines.

In a letter to the African Export-Import Bank in June, the government said it was still analysing possible side effects of the Johnson and Johnson Covid-19 vaccine.