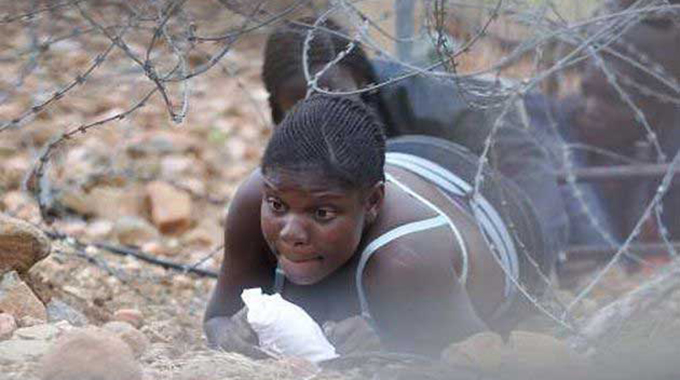 THE Zimbabwean government has largely been quite over boiling anger in South Africa on the influx of foreigners who are desperately seeking jobs and free medical treatment, but are enduring xenophobic attacks from locals accusing them of fuelling crime and grabbing their jobs.

Cabinet this week issued muted responses, but has not robustly engaged the South African government, with diplomats saying Harare’s hands are tied, owing to the burden of failing to deliver.

It is widely accepted that many Zimbabweans are seeking opportunities outside the country because of the collapsed economy due to bad governance, corruption and human rights violations, among other causes.

“There is acceptance in the region that Zimbabwe is now a failed state, hence the migration crisis. The Zimbabwean government has failed to deliver on its promises, hence the ordinary citizens are suffering,” a diplomat said.

Over the years, the government has remained quiet, with observers also saying it is also partly because President Emmerson Mnangagwa’s administration is afraid of the influence of the Zimbabweans based in the diaspora, including in South Africa, more so ahead of the 2023 general elections.

“To be honest, the government would rather have them stay in South Africa rather than have them here, with elections around the corner,” the diplomat said.
There is fear within the ruling party that the millions of citizens who were forced out of the country by poverty and political persecution would vote for the opposition, given a chance.

Zimbabweans based in South Africa are now faced with a difficult situation as they are ridiculed daily, while others are attacked physically by angry mobs. One of the latest attacks against a Zimbabwean national is revealed in a video that has gone viral, showing the head of Health in South Africa’s Limpopo province, Dr Phophi Ramathuba, saying Zimbabweans are stretching the public healthcare budget and are not the responsibility of the South African government.

The video has led to emotional and serious discussions around the nature of Zimbabwe-South Africa relations, with observers saying her sentiments were the same with those within the ruling African National Congress (ANC) who feel Zimbabwe has been their burden for long.

The Zimbabwe Exiles Forum is backing Ramathuba, saying her frank remarks are not xenophobic at all as she was only speaking the truth. The forum blames President Emmerson Mnangagwa for the exodus of citizens who are desperately seeking free medical treatment in other countries.

This week, the Zimbabwean cabinet discussed relations between the two countries, saying it received a report on the mid-term review of the third session of the Zimbabwe-South Africa Bi-National Commission held earlier this month.

Foreign Affairs minister Frederick Shava presented the report to cabinet, with Information minister Monica Mutsvangwa telling journalists the government is not happy with the depiction of Zimbabweans in South Africa as the chief perpetrators of crime.

“Cabinet noted with concern the continued malicious reports in the social media depicting Zimbabweans as the chief perpetrators of crime in South Africa and highlighted the need to consistently supply correct information in the formal media,” Mutsvangwa said.

“Cabinet would like to assure the nation that government remains committed to ensuring that its citizens are given the requisite protection and accorded the necessary dignity.”

“Cabinet also acknowledged the need to improve on the balance of trade between the two countries, which has historically been in South Africa’s favour.”

Citizens’ Coalition for Change (CCC) leader Nelson Chamisa yesterday waded into the Zimbabwe-South Africa imbroglio, pleading with the neighbouring country to be patient with the economic refugees.

“We note your frustrations and economic constraints. I kindly ask for your support to Zimbabweans in these trying times. Help us as we do our best to fix Zimbabwe for a prosperous future. In less than 400 days our fights will be a thing of the past,” he said.

South African officials have been very candid over the Zimbabwean situation, with Pandor’s candidness on the crisis recently irking Mnangagwa’s allies in the Political Actors’ Dialogue (Polad), who last week described her as ignorant of the situation on the ground, challenging her to come and witness first-hand what is happening in the country.

Invictus to sink US$100m into oil and gas exploration