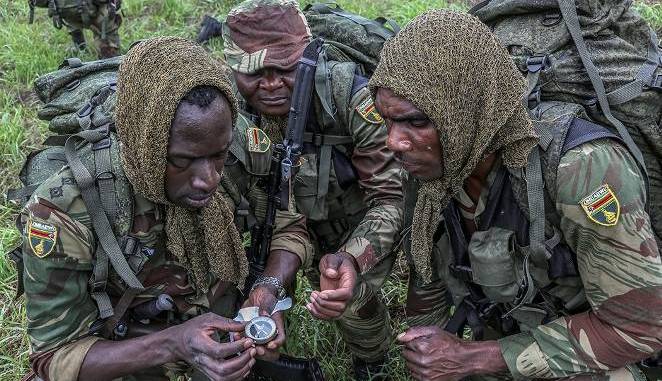 ZIMBABWE is expected to send off a contingent of special forces to the conflict-ridden northern part of Mozambique in the next few weeks, barely a month after announcing the deployment, The NewsHawks has established.

The conflict, which broke out nearly five years ago, has resulted in the death of hundreds of civilians while hundreds of thousands have been displaced.

Military sources who spoke to The NewsHawks said preparations for the deployment of special forces from the Special Air Services (SAS), Commando Regiment, Parachute Unit and non-combat support services are now at an advanced stage.

“The contingent is working closely with 2 Brigade and logistical support for fuel and other critical needs has already been finalised. A send-off parade for the contingent should take place in the coming few days,” a source said.

Questions sent to Muchinguri-Kashiri were not responded to at the time of going to print. She did not pick calls either.

Rwanda was the first African country to deploy its army on a bilateral basis to help Mozambique repel the Islamist insurgents in Cabo Delgado, while Botswana and South Africa recently sent contingents of soldiers under the auspices of Sadc to help reclaim lost ground and restore peace.

Following these deployments, reports show that the insurgents have over the past few weeks been losing ground.

Addressing a Press conference in Harare, Muchinguri-Kashiri said the government had approved the deployment of a training team of 303 instructors to train one infantry battalion-sized unit at a time.

She said the government had also approved the deployment of a specialist officer to the co-ordination mechanism of the Sadc standby force headquarters in Maputo.

“Taking cognisance that there are two major elements to the deployment, namely combat and training, the status of force agreement (SFA) signed on July 8, 2021 is confined to combat activities only,” Muchinguri-Kashiri said.

“The SFA pertaining to training is yet to be signed. It must, therefore, be noted that the countries that are currently deploying are doing so on the strength of the SFA signed on July 8, 2021.”

She said the soldiers would be deployed after the signing of the SFA.

CIO chief a law unto himself’