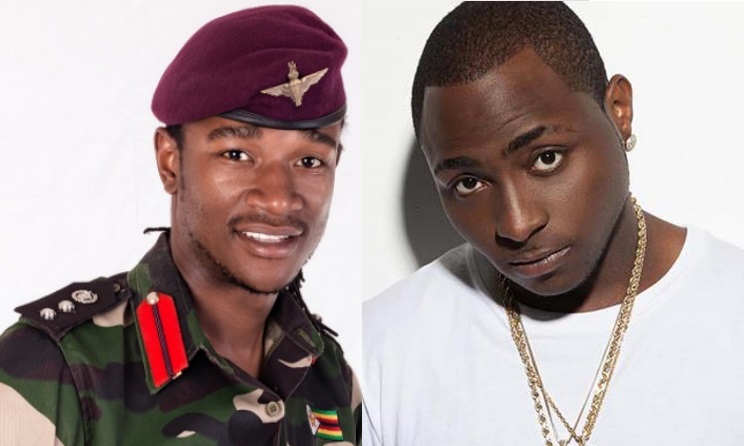 COLLABORATIONS have been a runaway success in music across the global, but the same cannot be said in Zimbabwe.

Musicians here seem not to have the faintest idea as to why they need to collaborate with international artistes.

If anything, they collaborate for the sake of it: only for the fame, and not fortune. But there is no shortcut to success.

Sadly, this has left them worse off than they were before.

One famous entrepreneur, Jim Rohn, once wrote: “Collaboration divides the task and multiplies the success.”

And it was also the legendary famous basketball star, Michael Jordan, who said: “Talent wins games, but teamwork wins championships.”

Looking at Zimbabwean musicians, mostly those who have collaborated with international acts, you wonder why they went across the borders when in fact they could have done better working with fellow homegrown singers.

Frankly, it makes for sad reading.

The main reason is that they try too hard to make hits, instead of music.

Making hits is not as easy as it seems. Those who have made it would be the first to admit.

In fact, the great Oliver Mtukudzi once remarked that he sings “from the heart”.

And when people decide to make it a hit, then it is well and good!

Can you imagine, until now, Thomas Mapfumo, one of the BIG 5 artistes in Zimbabwe, has not collaborated with anyone but still he has lots of hits.

In no particular order, here are 10 international collaborations that simply did not work:

1.      Jah Prayzah ft Jah Cure on Angel Lo. Be it was on video or audio, this song was not worthy of the big names associated with it. The two Jahs never gelled and, worse still, the fans

just could not relate to the song. Even with Jah Cure roped into the track, it lacked the signature trademark that made Jah Cure as we know him: a good lyricist and vocalist by any measure.

2.      Roki ft Koffie Olomide on Patati Patata. Boy oh boy! What a waste. For starters, Koffi Olomide does not jump into collabos unless there is something for him. And on the track recorded under Passion Java, the song failed both as an election campaign and on the club scene. Whenever the song is played, a few gyrate while the rest cringe. Besides lacking depth, especially when Roki sings “Chivakashure chakanaka”, the song did not cut it. We are talking of one of the Democratic Republic of Congo’s biggest artistes, Koffi Olomide. For argument’s sake, even if the song had that Koffi Olomide touch, the moment he dragged in the name of “ED”, the song simply ran out of appeal.

3.      Winky D ft Beenie Man on My Woman. At the risk of being ostracised by Winky’s multitudes of fans, let us agree to disagree. This was more of a miss than a hit. Why? Because the song fell flat, it was disjointed and all over the place. If this was a great hit like Fireboy DML’s Peru ft Ed Sheeran, it would have topped the charts. But the song does not have the striking melody. It did not make it on the international charts. You really wonder why Winky D reached out to Beenie in the first place.

4. Freeman ft Chris Martin. This is another typically uninspiring collabo. Whatever Freeman HKD Boss was trying to achieve, this simply did not work. The song wobbles from start to finish, especially when he tried to make Chris Martin sing in Shona. Somewhere down the line, the track sounds awkward and unentertaining. The way fans know Chris Martin and the way he laced his vocals on Zimbabwean Queen, this level of mediocrity is unfortunate. The song has a lot of missing links and whn you listen to it you either skip or just pause.

5. King 98 ft Nasty C. Well, South Africa’s Nasty C is big on the music scene. He commands up to 1.01 million subscribers on YouTube and most, if not all, of his international collabos have been hits, including the one with Runtown titled Said, and Particular featuring DJ Maphorisa and Major Lazer. But when it comes to King 98’s Wacko, you begin to think it was a different Nasty C.

6.   PeeKay ft Busy Signal. This was yet another project by a Zimbabwean act featuring one of the best Jamaican vocalists in Busy Signal. Sadly, the collaboration was quite surprising in that it was recorded when both artistes were at their peak, but simply it did not blow up. PeeKay had made a huge splash on the mainstream music scene with a track titled Ma1 featuring BaShupi. The track turned out to be a club banger more than Show Me Love that features Busy Signal. The reason was that Busy Signal’s presence was not felt on the track, there were gaps and because it was the first time rapper Peekay wanted to try out singing. The song simply flopped on the charts.

7. Tatenda Mahachi ft Winne Mashaba on a song titled A Friend. This is another lost opportunity. South African Winnie Mashaba is rated highly in gospel circles, but on the track something was amiss. And Mahachi is not the most talented musician, but he tries too hard and with resources at his disposals he always misses it. Definitely not a gem of a song but what is evident is how Zimbabwean musicians latch onto international acts for the likes and views, which in this case he failed on both accounts.

8.    Nox ft DJ Tira on Stay With Me. For some reason, the song did not perform as well as initially anticipated. It is on 1.3 million views and it is a 2021 release. DJ Tira is a big name Down South. However, the song could have fared better than that and even during the first week of its release Stay With Me did not top the charts.

9.   Jah Prayzah ft Davido on My Lilly. The song struck a different chord but did not do well locally. The reason being that when the song dropped, it was at the same time Davido was dominating the charts. And when My Lilly was released, it was not good enough to compete with Davido’s own compositions. And also, with Jah Prayzah coming from a traditional music background, many people could not relate to the new vibe.