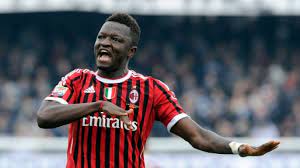 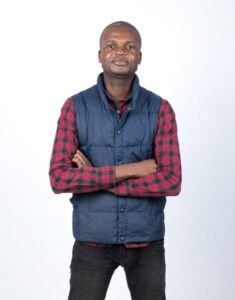 THE interview with Sulley Muntari (pictured) took place on the pitch of Accra’s Ohene Djan Stadium after Ghana’s last training session, and I had been specially requested to ask the Black Stars legend one question.

What did Muntari think of plans to expand the World Cup beyond the traditional 32 teams?

The response of the Inter Milan midfielder, who was to win the coveted European Champions League with the Italian giants eight months later, was straight to the point: African teams had showed a natural flair at football’s World Cup, so a bigger World Cup would result in more African teams, and more flair.

A group of 24 specially chosen African journalists, 12 writers and 12 photojournalists, were on a training programme in the Ghanaian capital in September 2009, taken through our paces by Nick Kotch and the late Brian “Digger” Williams, two world-renowned former Reuters newsmen.

The three-week programme, in preparation for Africa’s first World Cup, in South Africa in 2010, centred around Ghana’s important penultimate qualifier against Sudan, in which the hosts needed just a draw to seal qualification with a game in hand.

Celebrations had already started in the night spots of Accra days before the match, and you just felt it in the air in this wonderful fun-loving West African city. Absolutely no way an already eliminated and fasting Sudanese side, who had arrived for the tie deep in the month of Ramadan, was going to spoil the party of mighty Ghana, one of Africa’s most successful national teams.

We watched from the press area as Muntari himself scored the opener before Chelsea midfielder Michael Essien fired home from 20 yards as the Ghanaians easily won 2-0 to secure a place at South Africa 2010. Two more World Cups have been staged after the South Africa jamboree, in Brazil in 2014 and Russia in 2018 – both containing 32 teams including the obligatory five from Africa.

This is set to change, thankfully. The next World Cup, in Qatar next year, will be the last tournament to feature 32 teams. Starting with the 2026 edition in North America, the World Cup will now have 48 teams, a significant addition of 16 slots.

This is a hugely welcome development for many across the world, especially fans of the other teams that have never, or do not normally play in the World Cup, who will see an expanded tournament as presenting a better opportunity for them to qualify.

But for now, there is the small matter of Qatar 2022 and, interestingly, Muntari’s Ghana will battle it out with Zimbabwe and two other countries for a place in that much-awaited event.

Also interesting would be to hear the 84-time internationally-capped Muntari’s thoughts in the wake of the World Cup reforms. 11 years after fielding a question from a Zimbabwean reporter on World Cup expansion, how will he feel that before the expanded tournament, his beloved Black Stars will contest for a place at the prior edition against a team from Zimbabwe that has real potential to cause an upset on its day?

Zimbabwe and Ghana are placed in Group G of the qualifiers, which roar into life in September, alongside South Africa and Ethiopia.

Beast: I was prepared to die for the dream