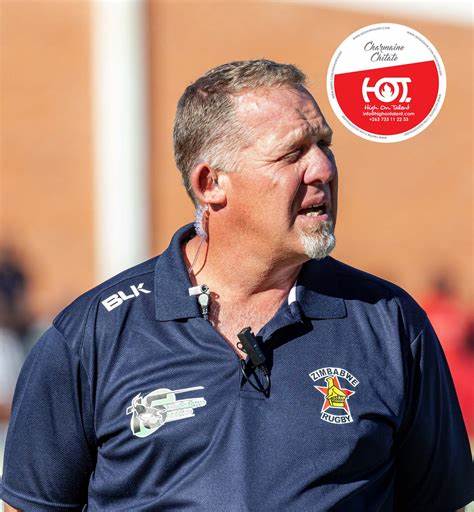 SOUTH Africa’s world-acclaimed coach Peter de Villiers would have been clashing with Zimbabwe this weekend for the first time since his sacking by the minnow neighbours three years ago.

No doubt, the former Springboks coach was going to relish the chance on Sunday to prove a big point against the Zimbabweans, who fired him three years ago after failing to guide them to the World Cup in 2019 following the fanfare that had surrounded his appointment a year earlier.

But the Capetonian, who has acquired the knack of leaving posts unceremoniously, departed from his position as coach of Eastern Province Elephants in October in controversial circumstances.

On Sunday in Gqeberha, Eastern Province – who were coached by De Villiers until last October – will take on the Zimbabweans in the Currie Cup First Division at the Nelson Mandela Bay Stadium.

De Villiers was appointed EP’s coach in December 2020 and lasted 24 months in the job before his contract was terminated two months before expiry as the ex-Bok mentor entered the political arena.

And just like in Zimbabwe, De Villiers has also made a court claim against EP, seeking payments for unsettled contractual obligations.

A notable side-show on Sunday would have been the clash between De Villiers and former Zimbabwe captain Brendan Dawson, who the former Bok gaffer removed as his Sables assistant coach in 2018 over differences in selection and tactics.

Dawson is now back as Zimbabwe’s head coach, for a second spell, tasked with guiding the Sables to the World Cup in France next year, for the first time since 1991 when the African side featured in its last Webb Ellis Cup tournament.

And on Sunday, instead of De Villiers, Zimbabwe will take on an EP side coached by somebody who has had some form of links with the Springboks.

In 2003, Eastern Cape-born Dumisani Mhani, then 43, was shortlisted for the Springboks post to replace Rudolf Straeuli, who had resigned from one of the most demanding coaching jobs in world sport.

Mhani, who played for Border Bulldogs and later coached it, is one of the modern-day stalwarts of the sport in a region considered to be the cradle of black rugby in South Africa.

The now 62-year-old, who took over from De Villiers at EP, is known for his penchant for an enterprising brand of rugby and will provide another stern test for a Zimbabwe side smarting from two heavy defeats over the past two games.

The Zimbabweans were put to the sword 48-0 and 37-0 by SWD Eagles and Leopards respectively, and have all to do to restore some confidence in camp ahead of World Cup qualifiers in France next month.

It is an uphill task again for Zimbabwe this weekend as the Currie Cup draws to a close.

The EP Elephants are in with an outside chance of qualifying for the Currie Cup Premier Division for the first time since 2016 despite defeat to the Griffons last weekend.

The Elephants are one log point ahead of the Griffons on the Currie Cup First Division promotion barometer table ahead of Griffons, who have a game in hand.-SPORTS WRITER

‘Players have to hate losing’: under-fire Rajput turns on team

From a nation hungry for peace, to one starved of success